Devils, bears and Death ring in the New Year in Poland - GulfToday 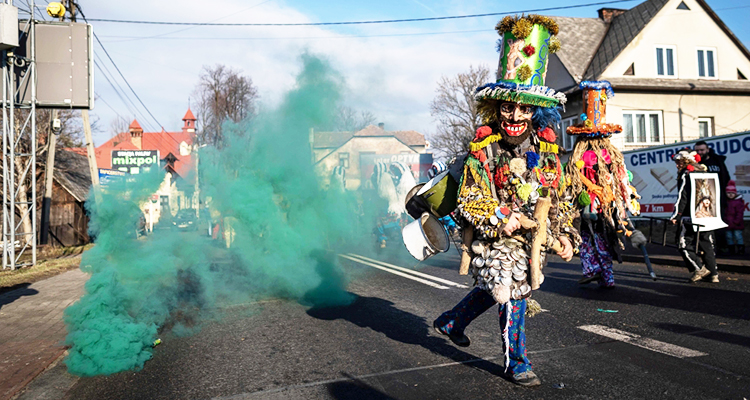 Participants of Dziady Zywieckie traditional folk custom are seen around the mountain town of Milowka in southern Poland.

For centuries, men have crisscrossed snowy villages nestled in the foothills of Poland's southern Beskid range around the New Year to wish neighbours happiness and prosperity in return for gifts of food or small sums of money.

Similar folk customs marking the winter solstice are practised in neighbouring countries and can be traced back to pagan times. 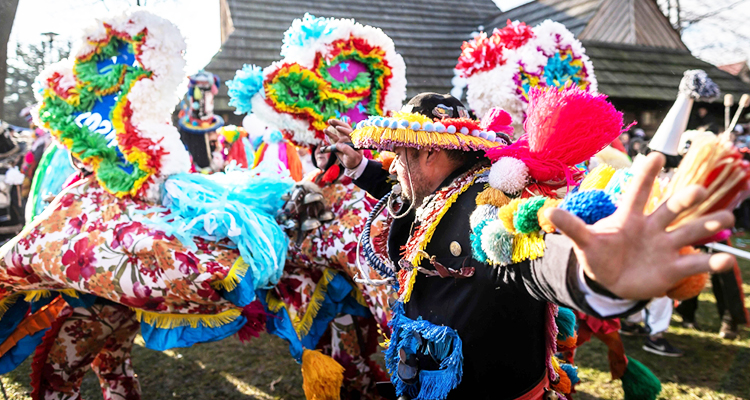 Mountain men disguised as devils, the Grim Reaper, horses and bears ringing-in the New Year with a cacophony of drums.

For the last half-century lively troupes of characters have flocked to the Beskidy village of Milowka for the colourful and loud "Dziady Zywieckie" festival that ranks as part of Poland's intangible cultural heritage.

"All this uproar, characters dressed in very bright colours, the noises, bells and whistles, cracking whips are meant to chase away spirits who want to descend to Earth," festival organiser Andrzej Maciejowski told AFP.

"The characters represent people and imaginary entities known to rural folk in days gone by: otherworldly beings, devils and the Grim Reaper, as well as ethnic minorities like Jews or Roma and old professions like peddlers or healers," he added.

Bears and horses play a leading role in the custom signalling that spring and new life are on their way. 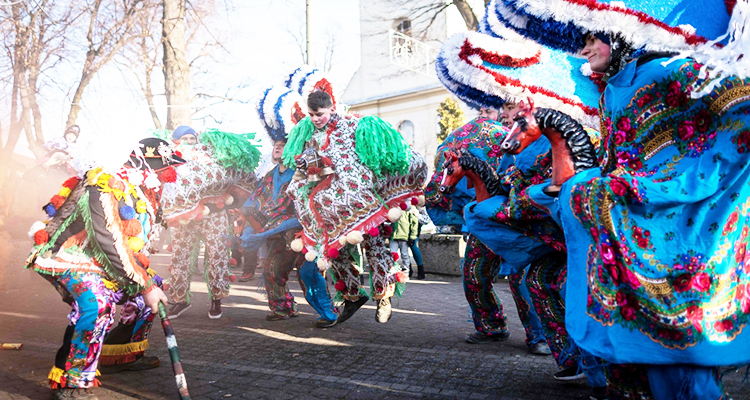 Men parading as lively horses symbolise vigour while others, posing as bears.

Men parading as lively horses symbolise vigour while others, posing as bears, bear the power to "fertilise the Earth so that it bears more fruit than last year," adds Maciejowski.

Cracking whips open the joyful if chaotic festivities before the Grim Reaper makes an appearance followed by troupes of horses and bears dancing wildly to symbolise new life.

"In popular tradition, death as represented by the Grim Reaper is never final, but rather marks the passage to a new and higher stage of life," explains ethnographer Barbara Rosiek.

During the noisy procession through the village and in the courtyards of cosy old log cabins, the groups hail the eternal circle of life marked by order or disorder in nature. 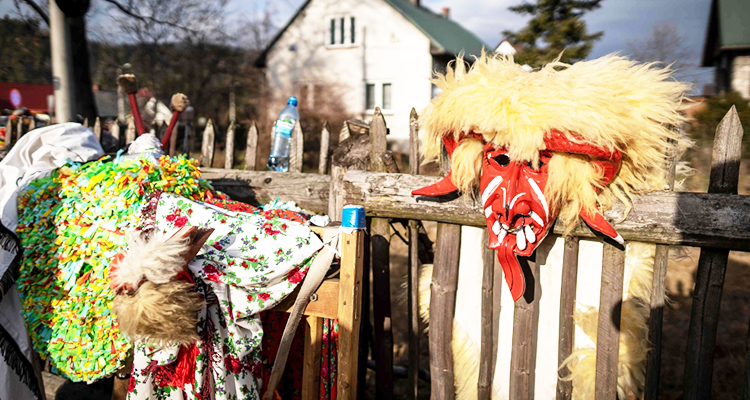 Masks of the participants of Dziady Zywieckie traditional folk custom are seen in Milowka.

Amid the din, the Grim Reaper cuts a calm figure, waving his scythe at onlookers.

"Death wants to take people's lives but even the devils prevent it. Death only scares people," says Szymon Sikora, 28, a truck driver dressed up as the Grim Reaper in a terrifying mask and with a large scythe in hand.

Robert Brzusnia, 45, has taken part in the festival for nearly all his life. 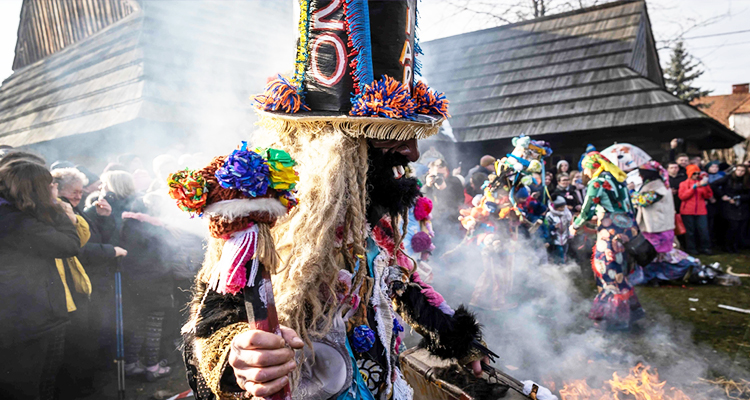 Robert Brzusnia, 45, has taken part in the festival for nearly all his life.

"All December, the guys meet in their free time to prepare their masks and costumes, and to rehearse," says Maciejowski, who cannot contain his amusement.

"Bells tinkle and whips crack loudly. In short, the tradition is alive and well."