Babies who are less active have higher risk of obesity: Study - GulfToday 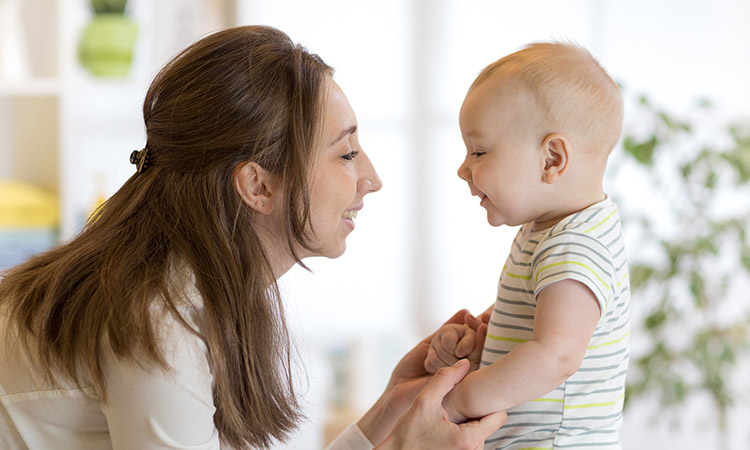 For the study, published in the journal Obesity, researchers tracked the physical activity levels of 506 infants using small ankle-worn accelerometers for four days per tracking period at ages 3, 6, 9, and 12 months.

For each tracking period after 3, average physical activity increased by about four per cent, in line with infants becoming generally more mobile and active over the course of their first year.

Among infants, higher physical activity measured by the accelerometer was associated with lower central adiposity, a measure of lower-torso fat accumulation, the study said.

"This is the first study to demonstrate an association over time between higher levels of objectively measured physical activity and lower central adiposity in infancy," said study lead author Sara Benjamin-Neelon from Johns Hopkins University in US.

The study was part of a larger study of infant growth and obesity, called the Nurture study, which covered 666 mothers and their infants from the greater Durham, North Carolina, area during 2013 to 2016.

Of this group, the research team were able to get adequate accelerometer data for 506 infants.

"Some evidence suggests that the earlier you can get infants crawling and walking, and providing them with opportunities to move freely throughout the day, the more you can help protect them against later obesity," Benjamin-Neelon said.

The study found that among the infants in the study, an increase in recorded activity by one "standard deviation"— essentially a standard proportion of the range of the data--was associated with a small but significant decrease in central adiposity.

The researcher noted that larger, longer-term studies will be necessary to determine the sustained effect of infant physical activity, but that preventing extended periods of inactivity for infants will almost certainly be good for them.

"These days, infants are spending more and more sedentary time in car seats, high chairs, strollers--and perhaps we haven't thought enough about the developmental ramifications of these types of restrictive devices," Benjamin-Neelon concluded.