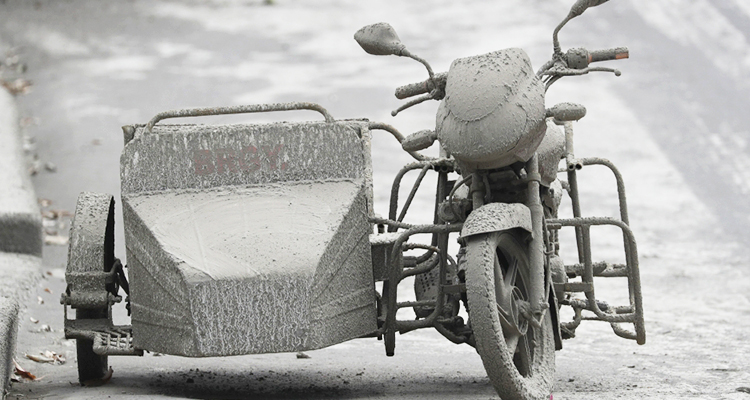 A motorcycle that is covered in volcanic ash is left by it’s owner at a deserted village near Taal volcano in Talisay.

When Taal exploded to life Sunday it spewed towering columns of fine grey ash, which officials said destroyed crops and killed off potentially tonnes of fish raised in the lake that rings the volcano.

"We lost a lot of money because all our fish are gone," said Cesario Rodriguez, 34, a fish farmer. "We just need to find a way to survive."

It didn't help either when government health officials warned people not to eat the fish as it could have been contaminated with volcanic sulphur, though the nation's health agency told AFP no formal ban is in place. 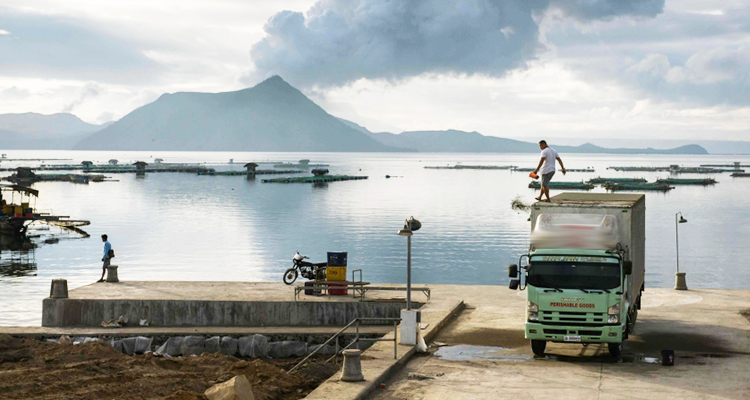 A man clears ash from the roof of his truck, before a plume of steam rising from the Taal volcano.

The warning of a further, potentially catastrophic eruption, also led authorities to urge the thriving tourism industry near the volcano -- a popular attraction -- to suspend activity as a precaution.

The nation's seismological agency has issued its second-highest alert, saying Taal could unleash an "explosive eruption" at any time.

With scores of bookings cancelled and many restaurants and hotels shuttered, the eruption will hurt, but no one knows how much yet.

"It going to be negative... 90 percent of the tourism establishments in Tagaytay are closed," said Elinia Sanggalang, a local tourism official, referring to the resort town with stunning views of the volcano. 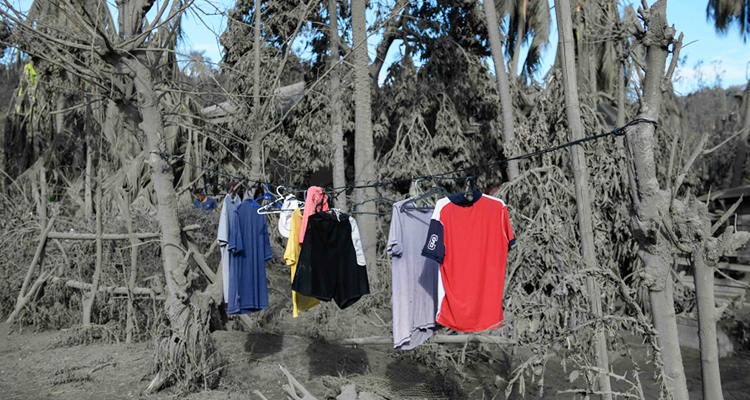 Clothes hang on a line amid an ash-strewn landscape following an eruption of the Taal volcano.

The town alone draws about 5.5 million tourists per year, in part because it is a mere 60 kilometres (37 miles) south of the hot and crowded capital Manila.

Estimates of the harm to farmers and fishermen are already coming in to focus, and authorities say the amount could grow.

The agriculture agency said Friday it estimates so far the volcano caused about $59 million in damage to the industry, which is just about four percent of what the region produced in 2017.

In the Philippines life is already hard for those who have not benefitted from the nation's rapid growth in the past decade. Millions still live on less than $2 a day.

However the pain for some, like coffee growers, will take years before it can be fully calculated. Residents affected by the eruption of Taal volcano gather at an evacuation centre in Tagaytay City.

That's because it takes about two years for coffee plants to mature and begin bearing fruit, said Arnold Bay, an official with a cooperative of about 150 small growers.

There are already signs their plants were heavily damaged, though they hope to still harvest some of their crop.

"It will be difficult for us and for our clients," said Bay. "It will take two years for the farmers to have their livelihood back."

The process of recovering is far from started, especially for the over 60,000 people forced out of homes near the volcano and into evacuation centres.

They can't go home while the threat of a new, powerful eruption remains, so they will live in limbo for now.

"We don't know what to do next," Dandy Belencio, 43, a fish vendor whose home was destroyed in the eruption.

"We're still lost on what will happen to us," he told AFP. 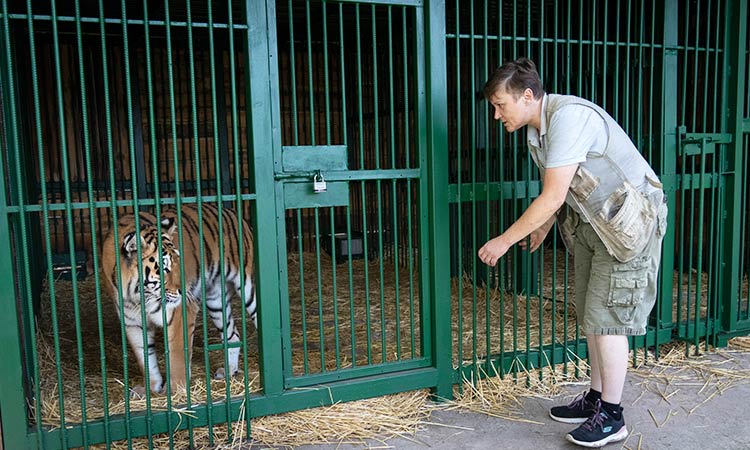