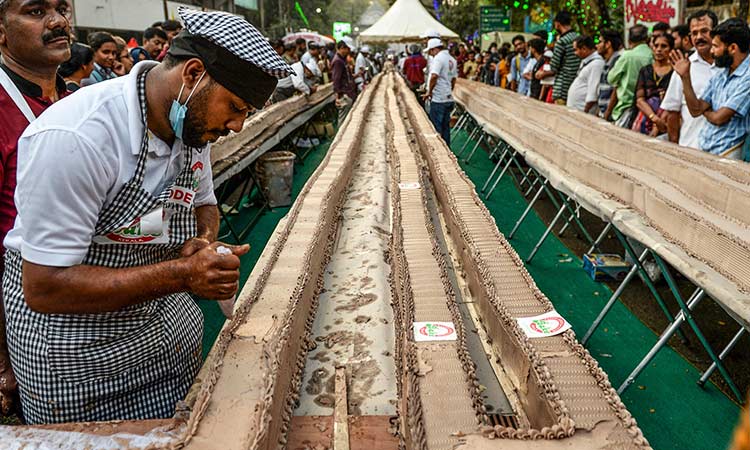 A baker prepares an approximatively 6.5-km long cake as a attempt aim to break the Guinness World Record. AFP

They spread chocolate ganache on the serpentine dessert stretched out on thousands of tables and desks at a Festival ground and adjoining roads in the coastal state of Kerala's Thrissur city. 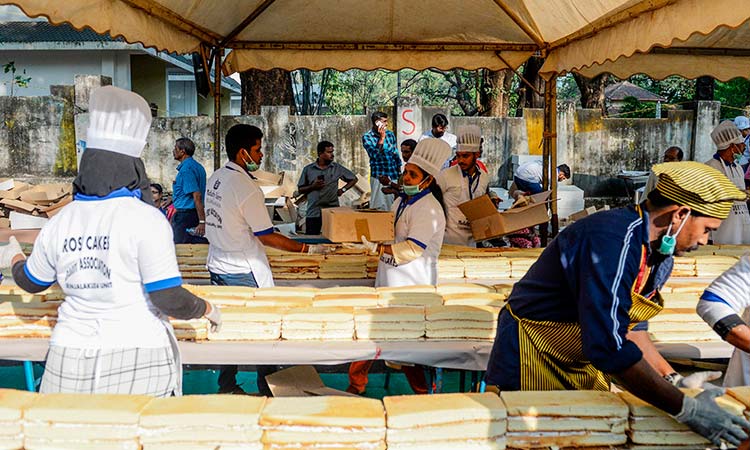 About 1,500 bakers and chefs, wearing traditional whites and toque blanche caps, spent nearly four hours to put it together using 12,000 kilograms of sugar and flour. 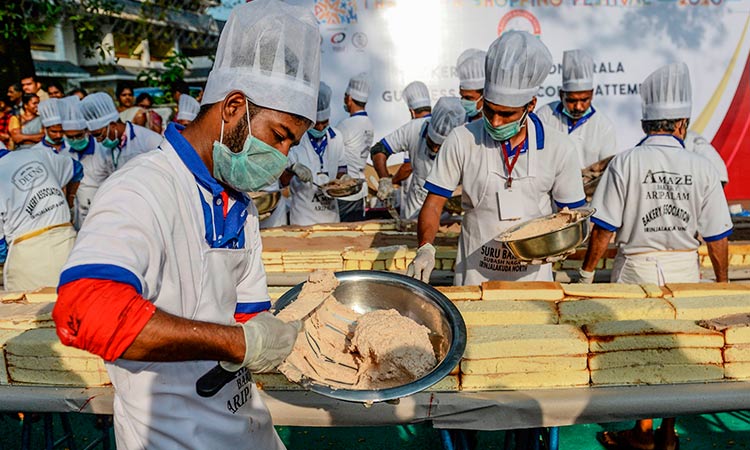 |
About 1,500 bakers and chefs spent nearly four hours to put it together. AFP

Large crowds watched the event organised by Bakers Association Kerala (BAKE). The group's secretary general, Naushad, said Guinness World Records had assessed the cake as being 6,500 metres but their confirmation of the exact length was pending.

That much cake would surpass the Guinness record held by Chinese bakers in Zixi County who made a fruitcake almost 3.2 kilometres long in 2018.

"This is an effort to showcase our skills to the world," Naushad, who uses one name, told AFP.

"We ensured hygiene and taste are up to the mark."