'Everything is lost': Life on the edge of the Brahmaputra - GulfToday

'Everything is lost': Life on the edge of the Brahmaputra 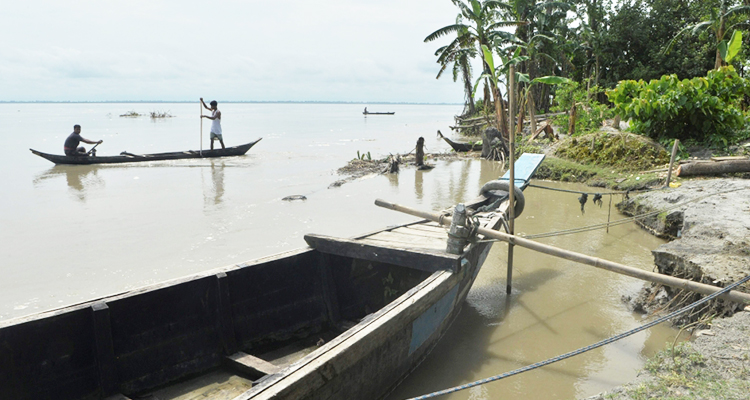 Villagers collect wood from the Brahmaputra river at Majuli island in the northeastern Indian state of Assam.

Once a vast river island in the heart of the Brahmaputra, now Majuli's days are numbered: Experts warn it may disappear entirely by 2040 as ever more violent flooding swells the river, wreaking havoc on the lives of those that live along its banks.

Millions rely on the vast waterway, which rises in Tibet and runs some 2,900 kilometres (1,800 miles) through the Himalayas to the Bay of Bengal, for their livelihoods but climate change means the deluge from the annual monsoon is increasingly extreme. 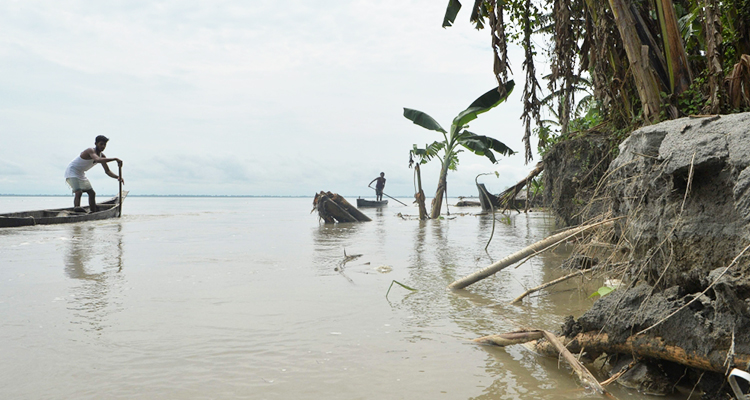 Once a vast river island in the heart of the Brahmpatura, now Majuli's days are numbered.

Human mismanagement is exacerbating the problem and for Majuli's 170,000 islanders the future looks bleak: the flood waters are submerging more and more areas of the island and for longer periods, wrecking crops and rendering land infertile.

The inhabitants -- mostly indigenous Mishings tribespeople who follow a unique offshoot of Hinduism -- move to higher ground with their animals when the rains come, but soon there may be no place for them to migrate up to.

"We love the river but we know it will one day devour all our land. We can only pray that Brahmaputra relents and we can live in harmony like generations before us," says Sunil Mili, a farmer who grows mustard and rice.

India is grappling with a water crisis on all fronts as global warming creates more extreme weather and poor environmental planning puts millions at risk. 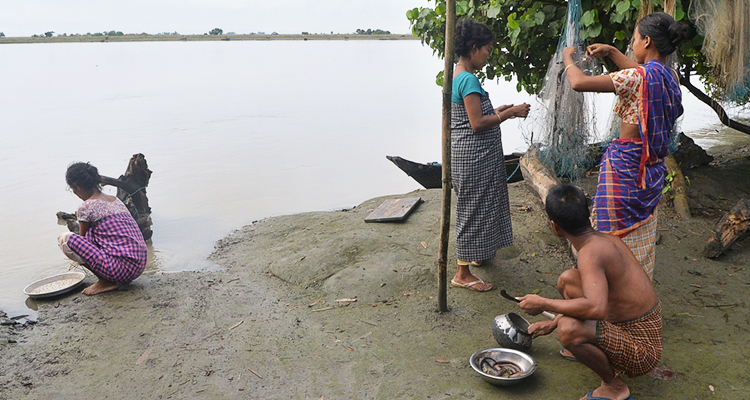 Indian Mishing tribe community people work near their houses on the banks of the Brahmaputra river at Majuli island.

The nation is struggling to cope with multiple crises -- from severe drought as well as heavy flooding and rising sea and river levels -- all leading to chronic water shortages.

"The water crisis is expected to worsen as the country's population is set to grow to about 1.6 billion by 2050," says Pradeep Purandare, a former professor with the Water and Land Management Institute.

Swept away - Majuli, famed for its historic 16th century monasteries, was 1,250 square kilometres (480 square miles) in 1890 but the Brahmaputra's fast-flowing waters have eaten away at it.

The Brahmaputra and many of India's other major rivers are reliant on snow and ice from the mountains, and while an increase in melting means more water in the short term, it's arrival is uncontrolled -- and intense.

Catastrophe - Climate change has made the monsoons more unpredictable: they come later, the deluges are heavier, but overall total rainfall has dropped. 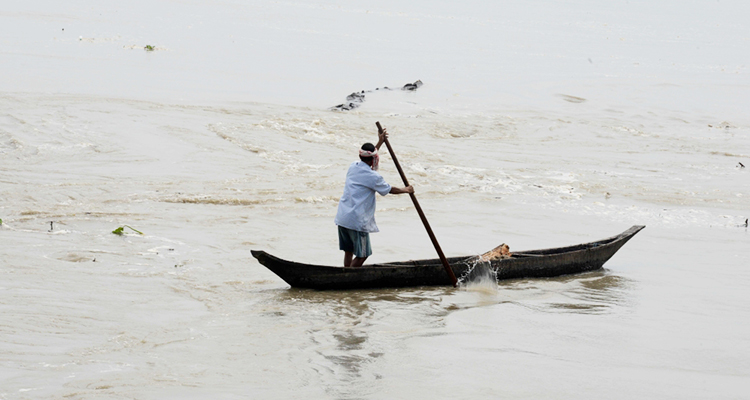 Experts warn it may disappear entirely by 2040 as ever more violent flooding swells the river.

"There are sudden showers of high intensity which the region is not used to which has led to catastrophe," says Suruchi Bhadwal, senior fellow, Earth Science and Climate Change at The Energy and Resources Institute.

"Such occurrences may increase in the coming years," she explains adding that glacier melt will initially lead to fuller rivers and a surplus of water.

But this has instead exacerbated the situation by inadvertently speeding up the flow of the river -- making it more dangerous when water levels are high.

Thakkar: "The Brahmaputra is a flood-prone river but we are worsening the situation."