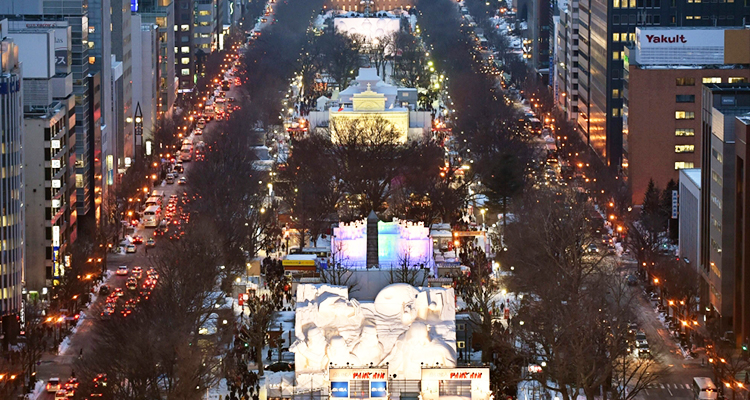 Snow sculptures are lit up during the 66th annual Sapporo Snow Festival in Sapporo.

The festival, which opens in three weeks in the capital of Hokkaido in northern Japan, is a major draw for the region, attracting more than 2.7 million visitors last year.

The main attraction is a display of around 200 snow and ice sculptures built by local residents, officials and volunteers, with help from Japan's armed forces.

But organisers have been forced to lay on a record number of trucks to bring in snow from Sapporo's suburbs, and also from towns as far as 30 kilometres away, Fumiya Onoue, an official at Sapporo's tourism office told AFP on Friday. 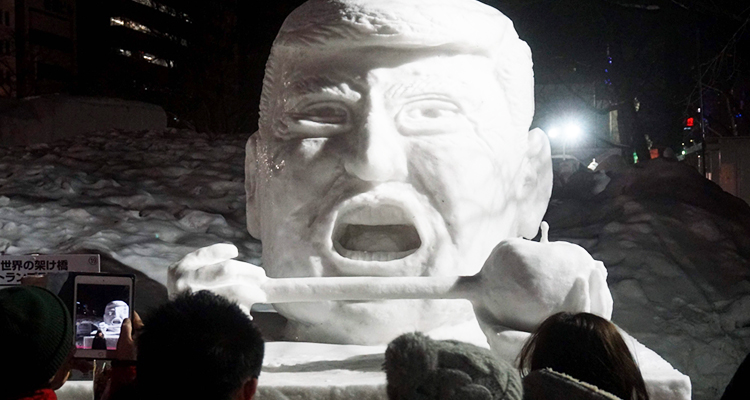 "We are trying hard," he said. "This is unprecedented."

The task is complicated by the need for pristine samples, perfect for sculpting.

"The snow should be free of dirt, stones or snow-melting agents because they could cause the breakdown of sculptures," he said.

Accumulated snowfall in the city since the start of November has been less than half of an average year, according to the Japan Meteorological Agency's local Sapporo observatory.

Snow melted on high temperatures in mid-December and a low atmospheric depression at the end of the year that brought in warm air, an official there said.

But he was cautious about blaming climate change for the poor snow showing. 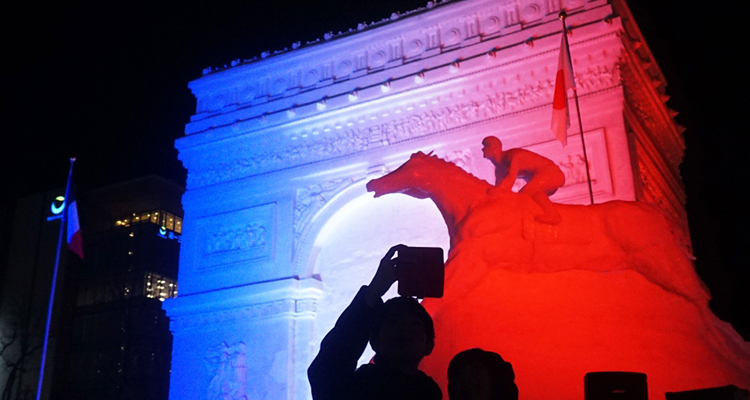 A couple takes a selfie picture in front of the Arc de triomphe de l'Etoile snow statue during the Sapporo Snow Festival.

"Global warming has been going on for a long time and it's behind all sorts of phenomena," he told AFP.

"But we can't simply hold it responsible for this season's particular, low snowfall."

"Winter is not over yet," he added, though the forecast shows just one day of snow expected in Sapporo in the coming week.

"We need to continue observation to get a clue on what's happening this season."

The 71st festival kicks off on January 31 and runs through February 11, with the main sculpture event opening on February 4. 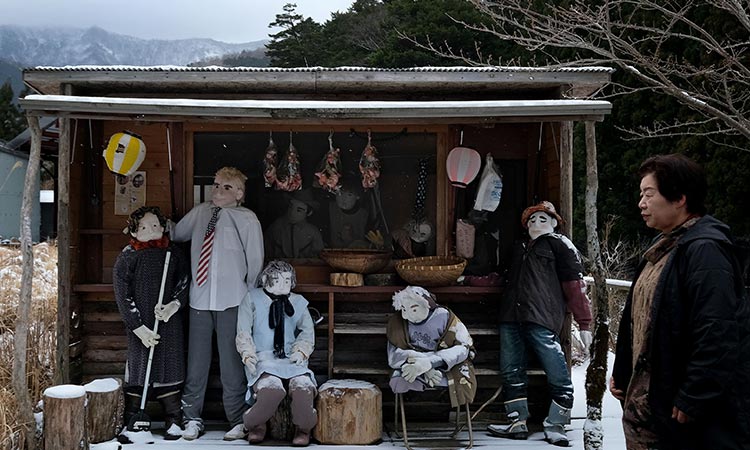