Tourism's gifts and woes for Santa and Sami homeland - GulfToday

Tourism's gifts and woes for Santa and Sami homeland 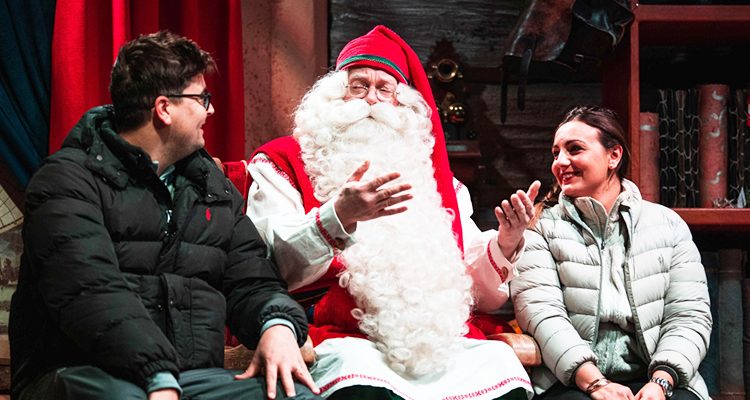 Santa Claus meets with families at his office near Rovaniemi, Finnish Lapland.

At its centre, a wooden, fairytale-esque cabin houses Santa's grotto -- since the 1980s, tourism chiefs have set out to market the main town, Rovaniemi, as the world's official home of Santa Claus.

More visitors are now coming to experience winter in the Arctic than ever before. 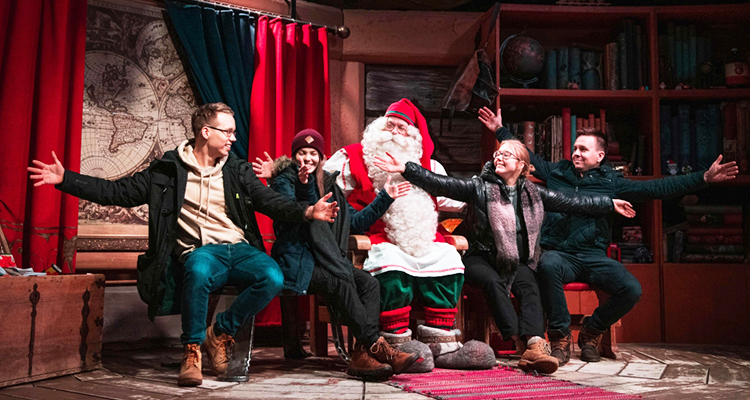 Once known by the now obsolete term "Lapps", the Sami are spread out across the northern parts of Sweden, Finland, Norway and Russia's Kola Peninsula.

Sami representatives accuse some tourism providers of pretending to be Sami when they are not, or selling products and tourist attractions portraying Sami people as magical and primitive.

Husky rides, among the most popular tourist attractions in Lapland, have also been singled out for criticism by the Sami community, which has herded reindeer across the area's vast fells and forests for over 3,000 years.

Every passing winter brings record visitors to Lapland including soaring numbers of Chinese in recent years, but also much-needed revenue. 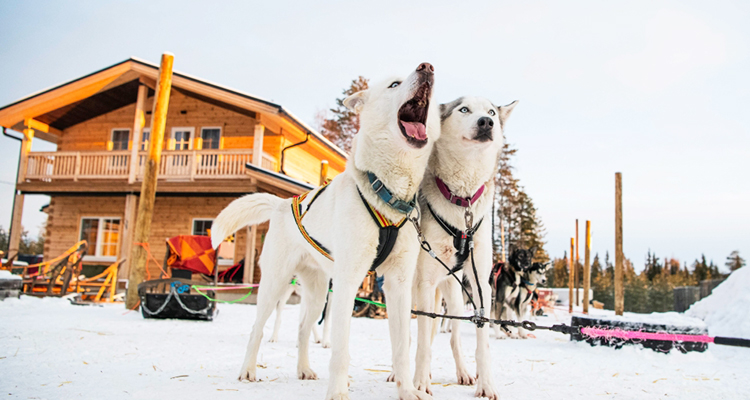 Dog-sledding dogs are pictured prior to a tour near Rovaniemi, Finnish Lapland.

Official statistics suggest that visitors from China spend over three times as much on average as holidaymakers from some other countries.

Authorities in Rovaniemi, on the Arctic Circle, face a dilemma: how to reap the economic benefits, while preventing irreversible damage to one of the world's most vulnerable wilderness regions.

Every year this decade, the visitor figures to Lapland have reached new highs, hitting 2.9 million overnight stays last year, up from 2.2 million in 2010, according to Statistics Finland. 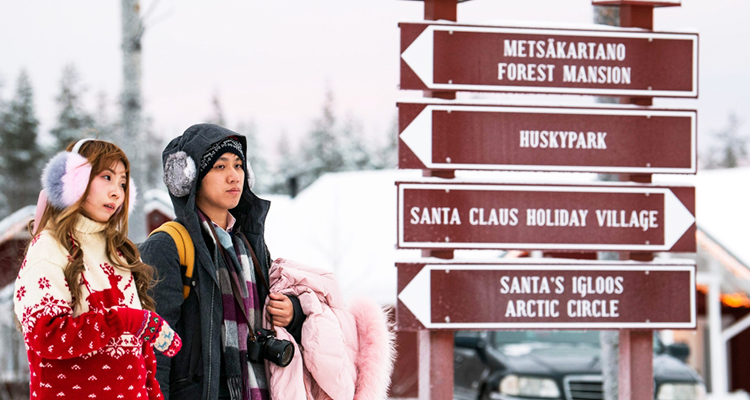 Tourists look at information boards during their visit to the Santa Claus Village near Rovaniemi.

The rise followed national airline Finnair dramatically expanding its routes between Europe and Asia and promoting Finland as a stopover hub.

Loiro believes that the tourism industry is learning to better take into account the region's many competing interests.

She said there was now a "responsible tourism network" of operators who recently published a list of "100 deeds for sustainable tourism". 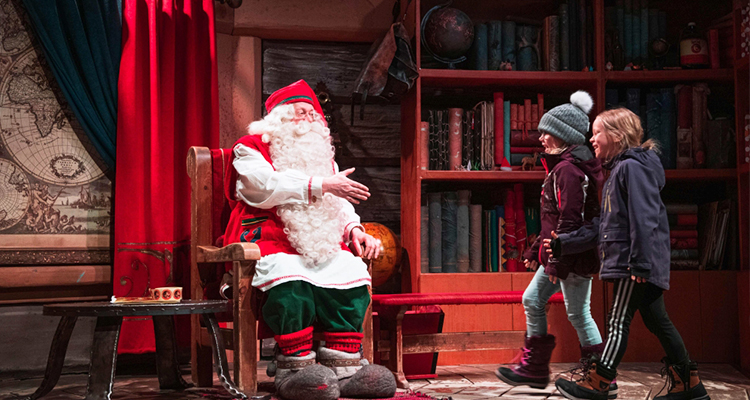 Lapland is also the homeland of the indigenous reindeer-herding Sami people.

The regional council recently laid out a four-year plan for making tourism more environmentally and socially friendly, while still encouraging it to grow, she added.

Back at Santa's village, complete with mocked-up presents and rounds of jolly Christmas songs, the last holidaymakers leave the grotto for the evening and the red- and green-clad elves move the countdown on the wall one day closer to Christmas.

So does Santa have less time for delivering presents, now that record numbers of people are coming to see him?

"Definitely not," he responds, without hesitation.

"We are in the Arctic Circle now, and time is magic here. You just need to know how to be in millions of different places at the same time," he says. 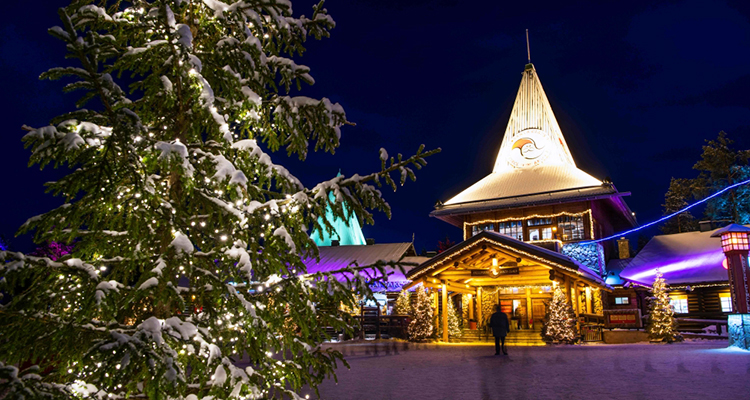 Tourists are seen next to a blue electric line at the Santa Claus Village that marks the border of the Arctic Circle near Rovaniemi.

"After practising that for a few centuries, I think I'm managing it quite well."