Tourism ebbs in flood-hit Venice with hotel bookings down 45% 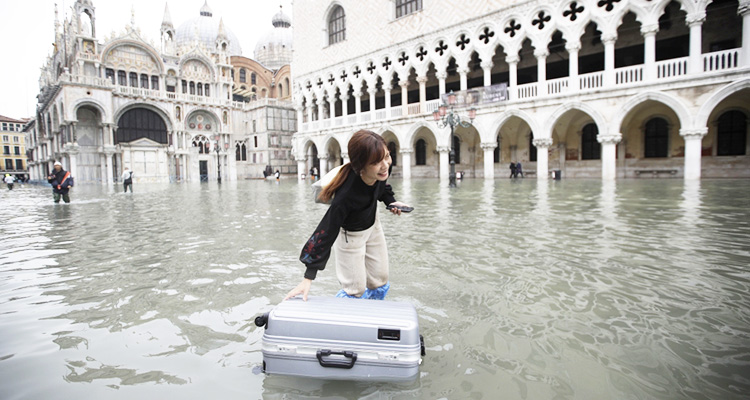 A tourist pushes her floating luggage in a flooded St. Mark's Square, in Venice, Italy.

Fears of more unprecedented flooding in Venice has brought hotel reservations down by 45 percent, the city's hoteliers association said Friday.

Last month, the northern Italian city of canals was hit by the highest tide in more than 50 years, with tourists wading through flooded streets to seek shelter as a fierce wind whipped up waves in St. Mark's Square. 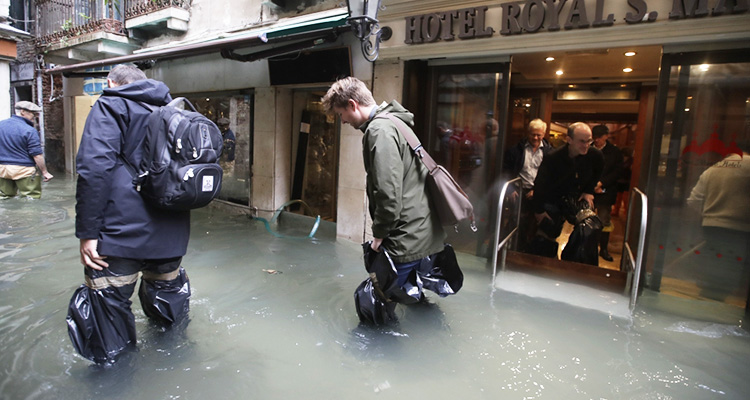 The exceptionally intense "acqua alta," or high waters, peaked at 1.87 metres (six feet) on November 12, according to the tide monitoring centre.

"Since mid-November, following a historic flood, we have seen an unprecedented drop (in the number) of bookings. 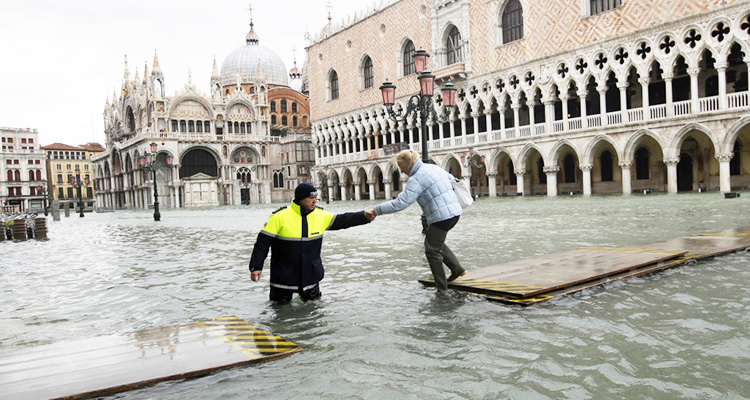 A city worker helps a woman who decided to cross St. Mark square on a gangway, in Venice, Italy.

This did not even happen after the attacks on the Twin Towers," said Vittorio Bonacini, chief of the Association of Venetian Hoteliers during a press conference.

"We recorded a peak of 45 percent cancellations (in the last 30 days) and had to cancel events, conferences and major initiatives planned for next year," he added. 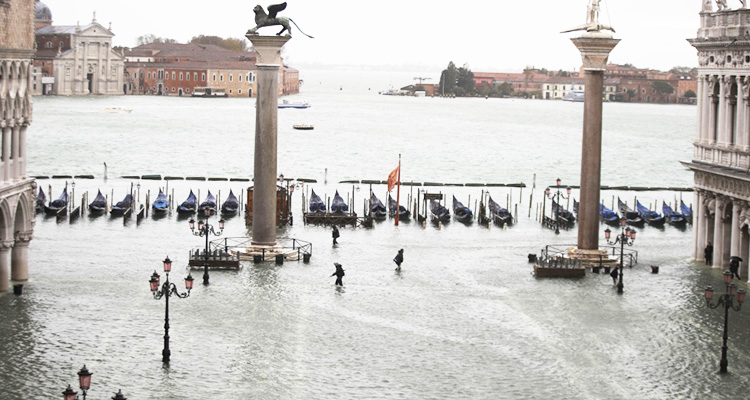 People wade their way through water in a flooded St. Mark's Square.

Bonacini said people's understanding of the situation on the ground was far from reality.

"We have received worried calls from the United States, asking us if a child one and a half meters tall (five feet) could visit without being in danger." 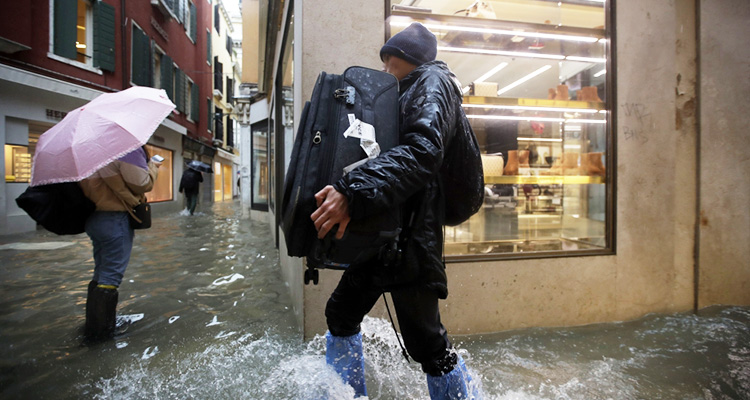 A man holds his luggage as he wades his way through water in Venice, Italy.

But he said Venice is more than a meter above sea level and that when people speak of a 1.30 metre high tide, the reality is the water level is only 30 centimetres and only in some parts of the old city.

He also said the historic high tide lasted only an hour and a half, before the situation normalised within in a few hours. 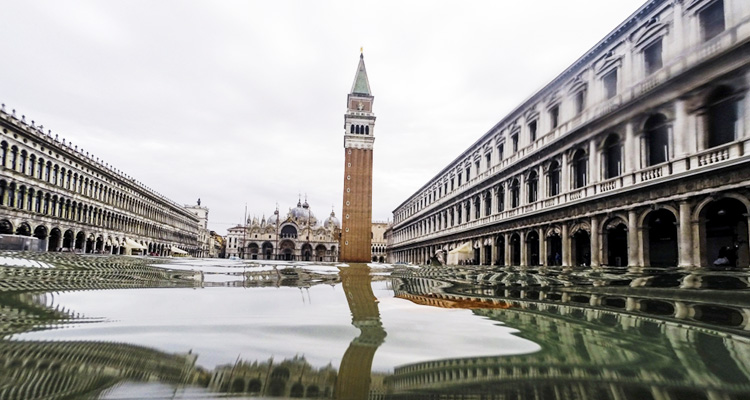 The overall losses though are higher when the lower revenues that local hotels have reported.

According to the association, more than 31 million tourists visited Venice last year -- but 20 million spent only one day there and only 11.5 million stayed in the 274 hotels in the historic centre.