As the going gets tough, Indians get going ... to the movies - GulfToday

As the going gets tough, Indians get going ... to the movies 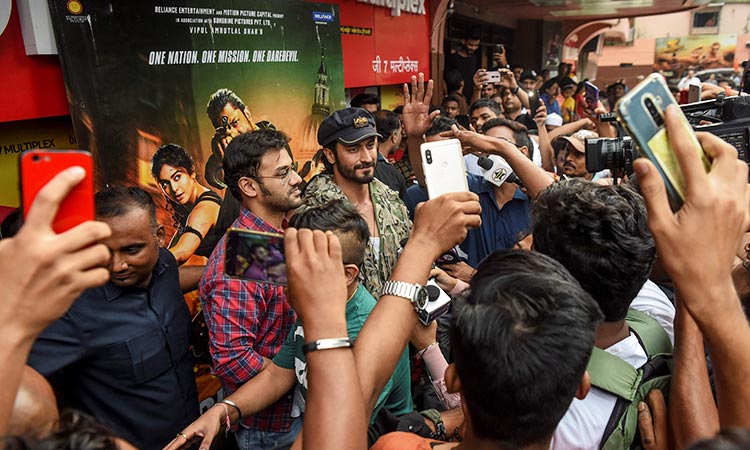 Vidyut Jamwal, centre with black cap, is mobbed by media and fans outside a cinema. AFP

As a prolonged economic slowdown forces Indians to curb spending on everything from underwear to automobiles, business in Bollywood has never been better — offering audiences an escape from the increasingly grim daily grind.

And the cash registers are likely to keep ringing, with high-profile films such as superstar Salman Khan's "Dabangg 3" (Fearless 3) scheduled for release this week as a blockbuster season comes to a close.

Ankita Maneck will be among the millions queueing to see Khan beat up bad guys, break into song-and-dance numbers and ride off into the sunset for the customary happy ending.

In the last 12 months, Maneck lost her job, moved back home and then had to scrounge for funds to pay for her father's surgery.

Her only respite came in the form of a movie ticket, she said, describing her cherished Friday night routine that always includes a trip to the cinema.

"The current economic situation is very frustrating," said the 29-year-old who now works as a marketing executive in the western city of Baroda.

"Watching movies is a great way to escape reality," she said. 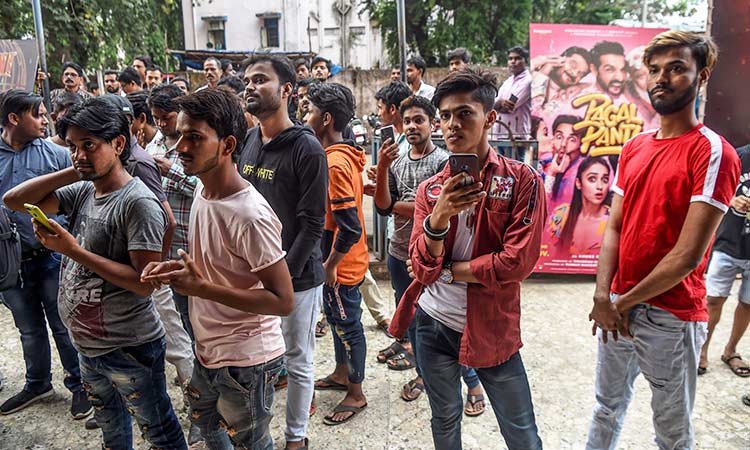 She is not the only one who thinks so. As New Delhi struggles to kickstart the limping economy, with quarterly growth recently falling to a six-year low, the movie business has been pushing ahead at full throttle.

With some 1,800 releases in 2018, India is home to the world's biggest film-making machine and Bollywood is arguably its most highest-profile star.

Despite the market entry of global video streaming players such as Netflix and Amazon Prime, the homegrown industry retains a powerful hold on the Indian imagination.

"In 2019, Bollywood has been performing exceptionally well in the last three quarters and has grown by 15 percent in comparison to last year," Mumbai-based film trade analyst Girish Johar told AFP.

The Bollywood boom even prompted a government minister to claim that India's economic slowdown was overstated, sparking a flood of criticism.

Nevertheless, industry figures indicate that even as Indians cut back on buying essential items including fruits and vegetables, movie ticket sales have only increased. 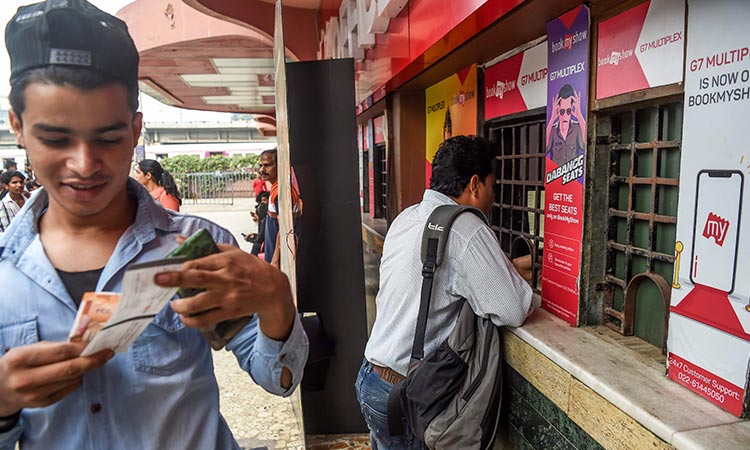 People buy tickets at a cinema in Mumbai. AFP

"Films are the lowest hanging fruit for many to access entertainment without spending much during a slowdown," said Kamal Gianchandani, CEO of PVR Cinemas, the country's largest operator of multi-screen theatres.

For the relatively affordable sum of 75 rupees ($1), a moviegoer living in India's most expensive city Mumbai can venture to a single-screen cinema and spend three hours in air-conditioned comfort, distracted from their troubles.

In 2018/19, as India's economy worsened, PVR's annual earnings jumped by nearly a third to $435 million. This year is set to be even better, Gianchandani told AFP, as more and more people seek cheap escapist fare.

A similar trend appeared to be under way during the 2008 global financial crisis, when movie revenues grew as India's economy stumbled.

There is no single official source for film revenues due to India's complex distribution system covering thousands of independent exhibitors.

But figures from widely respected trade portal Box Office India show a nearly 19 percent increase in earnings between 2006 and 2009. 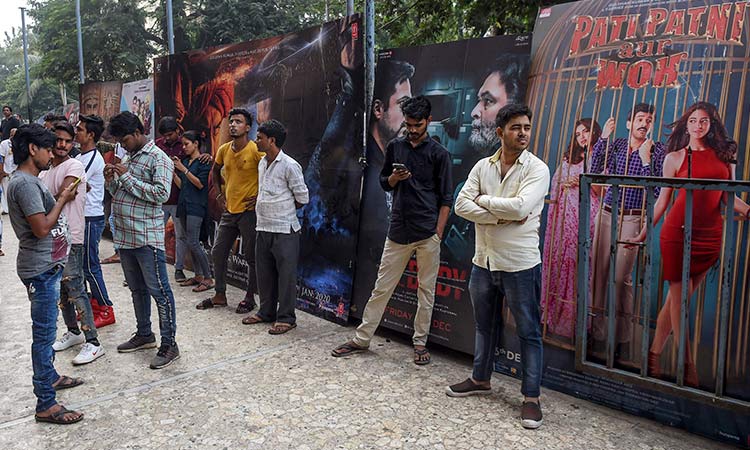 People wait to enter a cinema in Mumbai. AFP

Conversely, when the economy picked up steam in 2014 on optimism surrounding the election of Prime Minister Narendra Modi, movie revenues actually fell to $511 million from $525 million the year before, according to the website.

The trend evokes comparisons to the oft-quoted "Lipstick Index", a term coined by Leonard Lauder, chairman of the US cosmetics giant Estee Lauder, in the early 2000s to explain why lipstick sales go up during a downturn.

The reasoning is that consumers apparently hold back on making big-ticket purchases during a slowdown and instead splurge on smaller indulgences.

With the exception of high-end multiplexes, ticket prices are very low in India compared to other markets, undercutting profits but making movies an accessible luxury for many film-crazy Indians.

For graphic designer Shruti Kulkarni, the cinema offers an opportunity to leave a cramped house and unwind. Downloading a film on her smartphone or laptop is simply not the same, she told AFP.

"There is something about watching a movie in a theatre where you are alone, yet surrounded by hundreds of strangers and sharing the same experience. I enjoy it," the 26-year-old said. 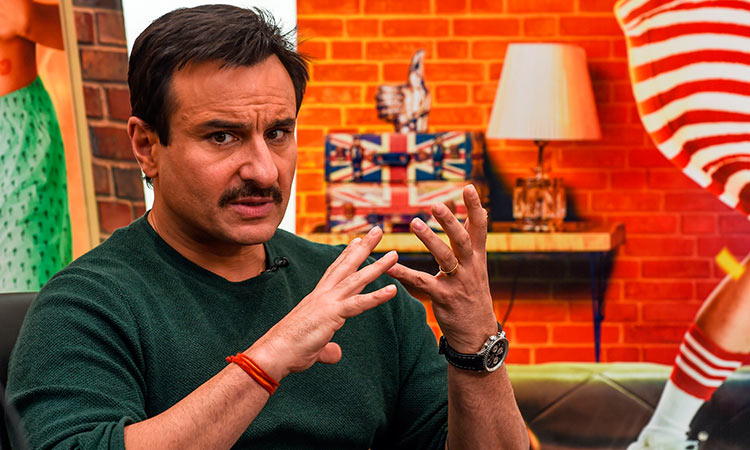