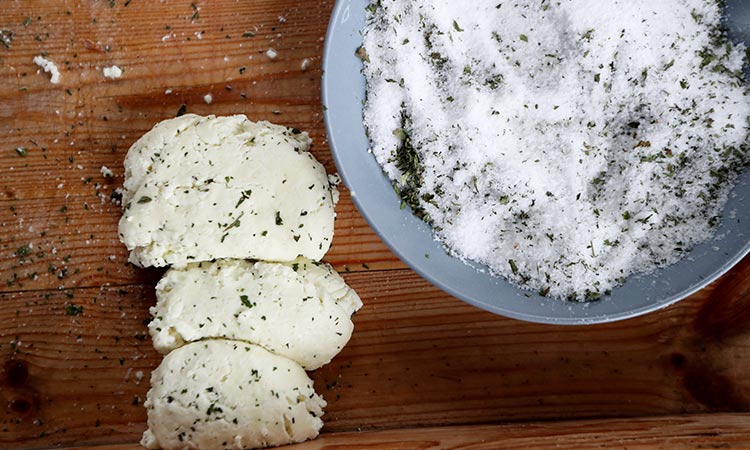 Cyprus' halloumi cheeses are seen after salting at a farm in Kampia village near Nicosia, Cyprus. AP

Dairy farmers on Cyprus refer to Halloumi as "white gold.” The salty, rubbery cheese made from goats' and sheep's milk and prized for its ability to withstand a grill without melting is the country's leading export.

Cypriot authorities have spent years trying to get the European Union to recognize Halloumi, or hellim in Turkish, as a traditional product of the east Mediterranean island nation. Receiving the EU's top quality mark - the "Protected Designation of Origin” — would mean only Halloumi made in Cyprus could be marketed abroad under that name.

The nation's farmers and producers want the Cyprus-specific designation to keep makers of inferior cheeses in other countries from claiming a slice of their market of over 200 million euros ($222 million). Cypriot producers say demand from overseas is projected to hit new highs in the next few years, thanks to heat-tolerant Halloumi's growing popularity as a meat alternative. 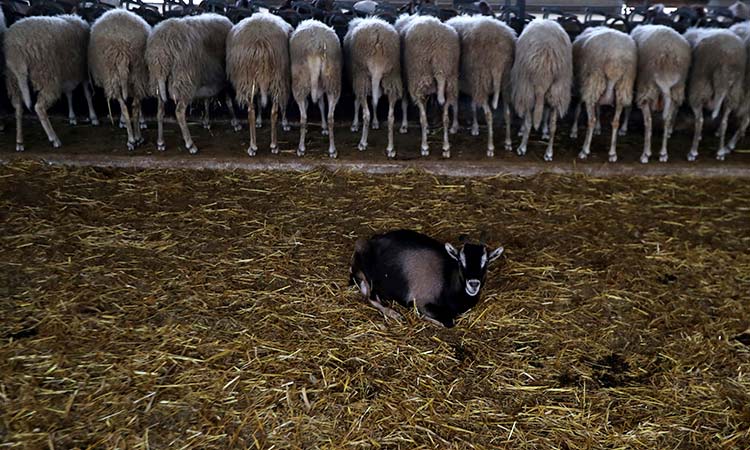 Baby goat sit as the sheep take their food at 'Riverland' farm. AP

However, ethnically divided Cyprus' complex politics so far have stymied the bid to protect the Halloumi name. The difficulty lies in a dispute over how to lawfully get cheese made in the country's breakaway northern third to foreign markets. The self-declared Turkish Cypriot state is recognized only by Turkey and goods produced there cannot be exported directly.

Cyprus was split along ethnic lines in 1974 when Turkey invaded in the wake of a coup by supporters of union with Greece. The country joined the EU in 2004, but EU rules and regulations only apply to the southern, Greek Cypriot part of the island led by an internationally recognized government.

A European Parliament member from Cyprus has accused the EU's executive commission of letting the PDO application for Halloumi grow moldy. The government hopes the new European Commission seated last month will find a way around the quandary. 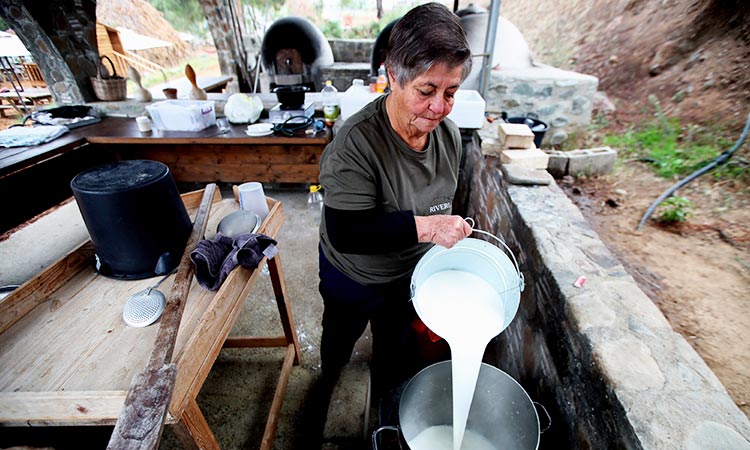 Halloumi/hellim was put on track for an exclusive geographic designation amid much fanfare in 2015, when relaunched negotiations between the rival Greek Cypriot and Turkish Cypriot leaders brimmed with hope of delivering a deal to reunify the island as a two-zone federation.

A compromise was struck for the Bureau V eritas - a European body that certifies food and agricultural products - t o perform checks on Halloumi/hellim produced on both sides of the ethnic divide to ensure it met EU health and safety standards.

But the peace talks eventually collapsed, and the application has languished since then.

But Turkish Cypriot authorities say there was no such understanding. They accuse Greek Cypriots of blocking the European Commission’s effort to enable Halloumi/hellim exports from the island's north. 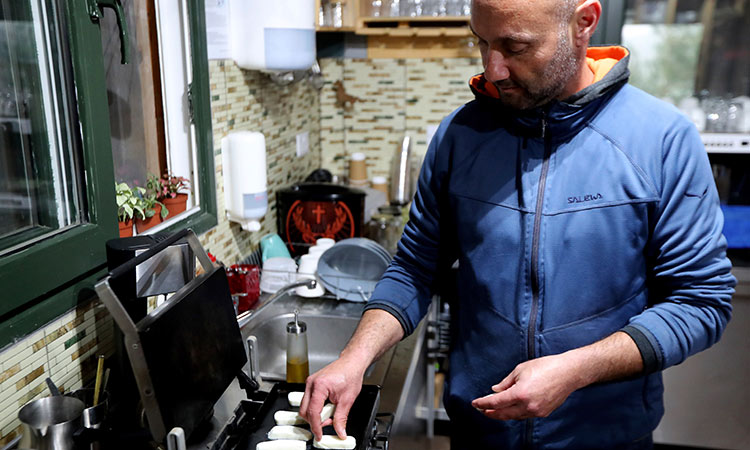 Farmers' organizations fully back the government's PDO drive for Halloumi. But curiously, a segment of the cheese-making community is voicing its dissent at the cheese clinching the designation amid concerns that this could lead to job losses and shrinking revenue.

For Halloumi/hellim t secure the designation, it must conform to a Cyprus government directive that it must contain at least 51% sheep's and goats' milk. That's in line with a traditional Cypriot recipe dating back some 500 years when cows were a rare commodity. Now, the cheese is made with mostly cow's' milk.

But Cheesemakers’ Association President George Petrou warns that more than one-third of the 13,000 Cypriot families in the Halloumi/hellim business would find themselves out of a job if they couldn't use as much cows' milk in their cheese. 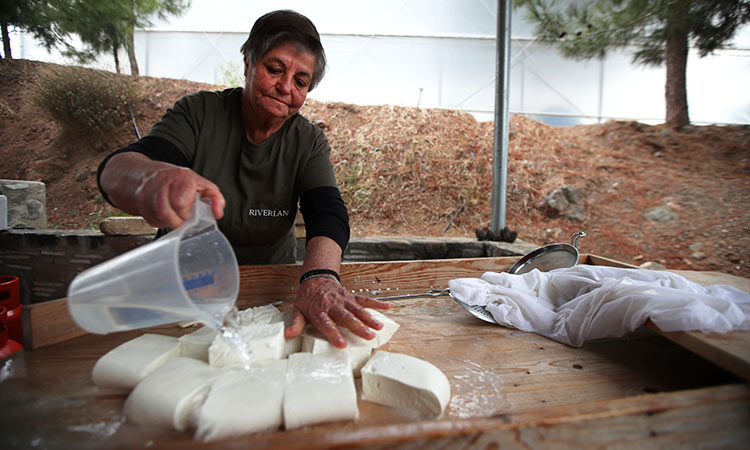 Cheese exports would drop by at least half, as production would plummet because of a current shortage of sheep and goat milk, Petrou estimated.

Petrou says cheese-makers instead want authorities to pursue a geographical origin designation whose rules are more flexible on how much cow milk can be used.

"As cheese-makers, we want a solution that won’t reduce exports or lead to job losses,” Petrou told The Associated Press.

Other industry groups see holes in that argument. Rejecting the idea of using less cows' milk loses sight of the long-term benefits that a PDO mark would offer Cypriot Halloumi makers, says Michalis Lytras, president of the Pancyprian Farmers’ Union.

The geographic designation would protect local producers from foreign competitors who might use cheaper, possibly government-subsidized cow milk to make Halloumi/hellim.

Christodoulou disputes that revenue from Halloumi/hellim exports would drop as steeply as Petrou contends. He said while there may be a dip in cheese exports, PDO-designated Halloumi/hellim would command higher prices in foreign markets.

"This is the natural product of Cyprus, and we couldn’t be prouder of it,” said Christodoulou.