How to make flowers for traditional Japanese hair ornaments - GulfToday

How to make flowers for traditional Japanese hair ornaments 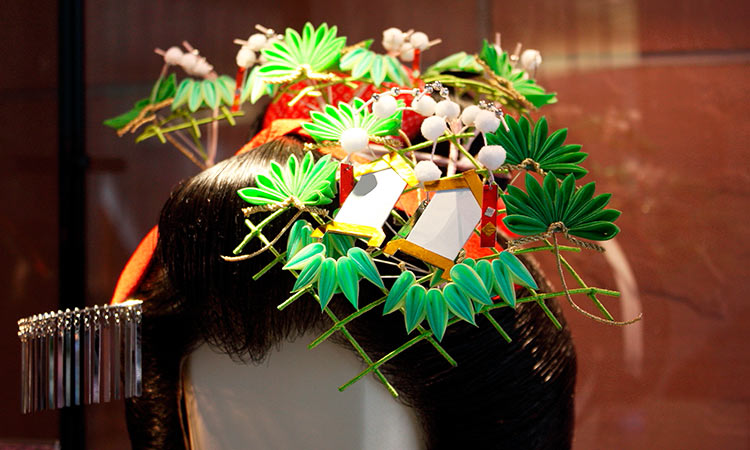 A tsumami kanzashi hair ornament made by Kuniko Kanawa of Atelier Kanawa. AP

Tsumami kanzashi are Japanese hair ornaments that were worn by geisha and young daughters of the nobility in a tradition dating back hundreds of years. They're complex and gorgeous, and the craft is officially recognized by the government.

It was a bit of a surprise, then, to discover that the basic technique of making their folded cloth flowers was simple enough to learn while sitting at a sidewalk cafe.

On a recent trip to Tokyo, I signed up for a 90-minute workshop on that technique, called tsumami zaiku. Similar, hands-on craft experiences that I've done before have always involved going to a studio. In this case, however, instructor Chikako Oshiro met me at a train station and we proceeded to a cafe, where she set the supplies out on the table. Organized neatly in compartmentalized boxes, they all fit into a tote bag.

Oshiro showed me some sample flowers and pointed out that there were two kinds. In the ken tsumami type, the petals have a sharp point — "ken" means sword. Maru tsumami petals are rounded — "maru" means round. The latter technique is harder, so we started with ken. 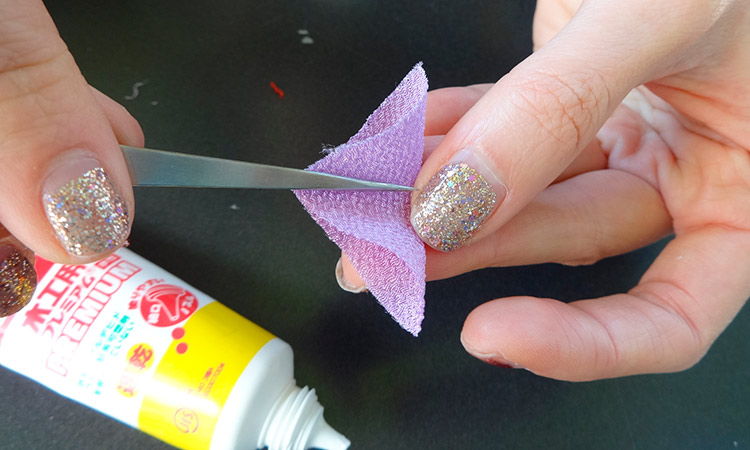 I picked out five 4-centimetre squares of two different colors of fabric, and Oshiro demonstrated what to do. First, fold the square in half into a triangle and glue it together at the tip of the triangle. Then fold again and glue again; do it one more time, and you've got your first petal.

It sounds simple, but required dexterity because the pieces are so small. Oshiro showed me how to hold the piece of fabric in the middle with a small pair of tweezers and fold it over that, which makes it easier to fold a straight line.

Once I had completed 10 petals, the next step was to cover a round piece of cardboard with matching fabric to make a base. Then, the petals are glued on to this base. To make sure they were arranged evenly, Oshiro showed me how to start with two petals opposite one another, looking kind of like rabbit ears. Then the rest of the petals were added next to those two, alternating colors. 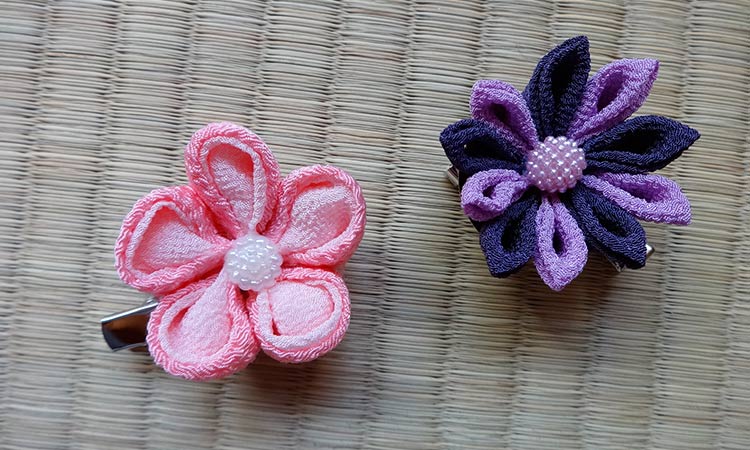 Finally, I chose a small decorative bead for the center, glued the flower onto a hair clip, and it was done.

Next, we tried the round-petaled maru technique, which was indeed more difficult and harder to explain in words. Starting with two different-color fabric triangles laid slightly offset on top of each other, and then using slightly more complex folding magic, you end up with a rounded petal with one color in the center and another color around the edge.

Everyone to whom I showed my flowers said, "Wow, you made that?" But there's a long distance between my adorable little blossoms and the "wow" of tsumami kanzashi hairpieces made by professional artisans. These are more like wearable works of art, with bunches and cascades of multiple silk flowers. 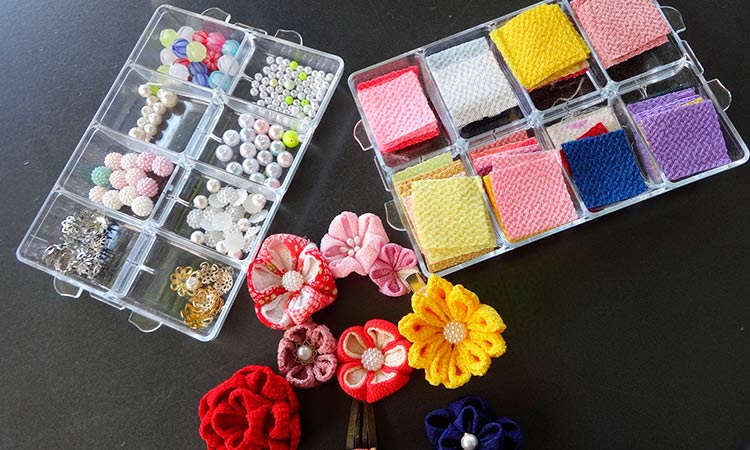 Materials for making, and samples of the folded fabric flowers. AP

These ornaments are still worn today by women dressed in kimonos for special occasions, or for work such as geisha and traditional performers. But as with many traditional crafts, the number of artisans is dwindling. Currently, there are only two certified masters accredited by the Japanese government living in Tokyo and Chiba prefecture, says Kuniko Kanawa, a professional Edo tsumami kanzashi artisan who lives in Maryland. (The crafting tradition dates back to Japan’s Edo period, from 1603-1868.)

Modern artisans are creating new types of accessories using the cloth flowers, such as earrings and brooches. The hairpieces have also had to evolve. The authentic style consists of two parts, one worn on top and one on the side.

"They work only for the traditional Japanese hairstyle," says Kanawa. She makes both this style and newer forms that work for modern women. "That's how the craft still survives and is carried to the next generation."

At the same time, the basic technique has been taken up by hobbyists and crafters in Japan and elsewhere. Kanawa says that only those who have been trained by apprenticeship and approved by a certified master are permitted to produce and sell nationally designated traditional crafts, including Edo tsumami kanzashi. Nowadays, however, this prohibition is widely ignored; I stumbled across someone selling them at a craft fair in Tokyo just a few days later.

That's frustrating to those trying to maintain the craft in the traditional way. Having tried it, though, I can also understand the urge to make them again and again.