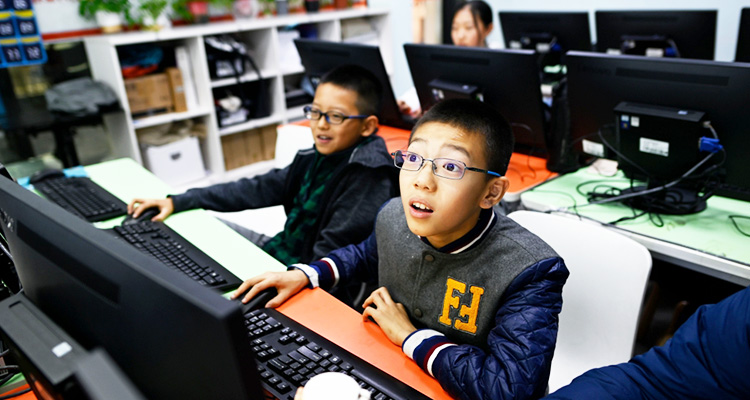 Pupils attend a class at a children's computer coding training centre in Beijing.

Wearing a pair of black-rimmed glasses and a red T-shirt, an eight-year-old Chinese boy is logged in for an online coding lesson -- as the teacher.

Vita has set up a coding tutorial channel on the Chinese video streaming site Bilibili since August and has so far garnered nearly 60,000 followers and over one million views.

He is among a growing number of children in China who are learning coding even before they enter primary school. 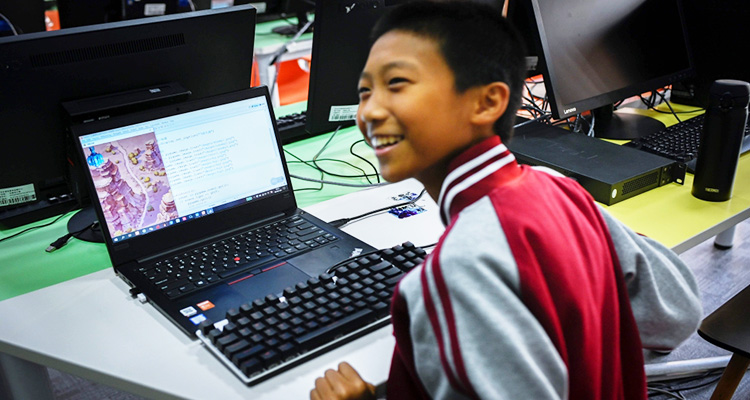 A boy laughing while running a code at a children's computer coding training centre in Beijing.

The trend has been fuelled by parents' belief that coding skills will be essential for Chinese teenagers given the government's technological drive.

"Coding's not that easy but also not that difficult -- at least not as difficult as you have imagined," says Vita, who lives in Shanghai.

Explaining as he goes, he sometimes deliberately makes mistakes to help show common errors to avoid.

"When I am teaching, I am learning new things at the same time," adds Vita.

China has been making huge investments in robotics and Artificial Intelligence (AI), with the government issuing in 2017 an AI development plan which suggested programming courses be taught in both primary and secondary schools.

For Vita it was his father, Zhou Ziheng, who has been his main support, editing his videos and helping to run the channel.

Zhou, a freelance translator of scientific and technology books, started to teach his son how to write codes when he was five years old. 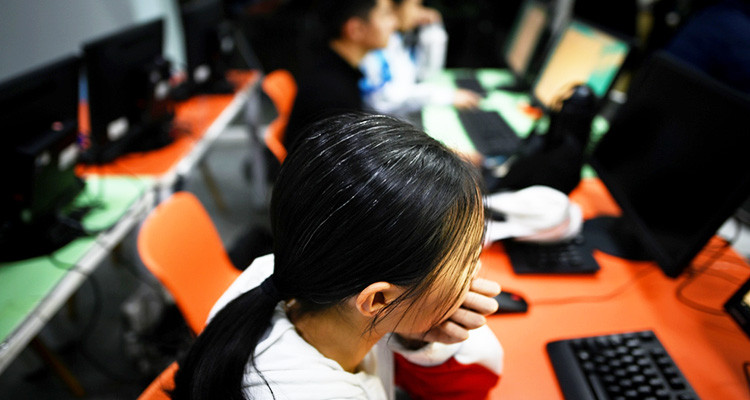 China has been making huge investments in robotics and Artificial Intelligence (AI).

Parents who don't have the skills to help can send their children to coding agencies, which are booming thanks to demand from China's middle-class families looking for the best skills for their children.

The value of China's programming education market for children was 7.5 billion yuan (over $1 billion) in 2017, but is set to exceed to 37.7 billion yuan by 2020, according to Analysys, a Chinese internet analysis firm.

The school's youngest student is only three years old.

For children under six, the agency offers a special programme that includes activities like Lego building, which also uses coding knowledge and skills. 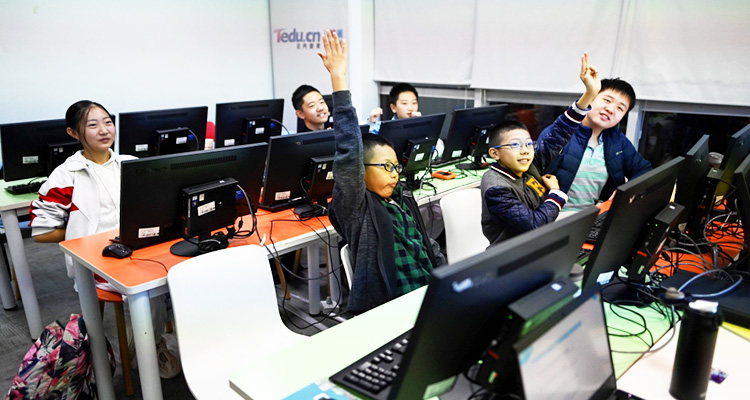 Vita has set up a coding tutorial channel on the Chinese video streaming site Bilibili since August.

Ten-year-old Ji Yingzhe has been studying the coding language Python for half a year at the agency -- before that, he took a semester-long course on fundamental robot building, which he felt was too simple.

"The codes have already been written for you, and all you have to do is to organise these (code blocks) in order," he told AFP.

Ji's father sent him to learn programming because he was spending a lot of time playing video games.

There was a new rule at home: Ji could only play the games that he created himself.

Ji has almost finished writing a simple version of the popular game "Plants vs Zombies".

Four basic soft skills are required for children to adjust greatly to the growing demands of life.