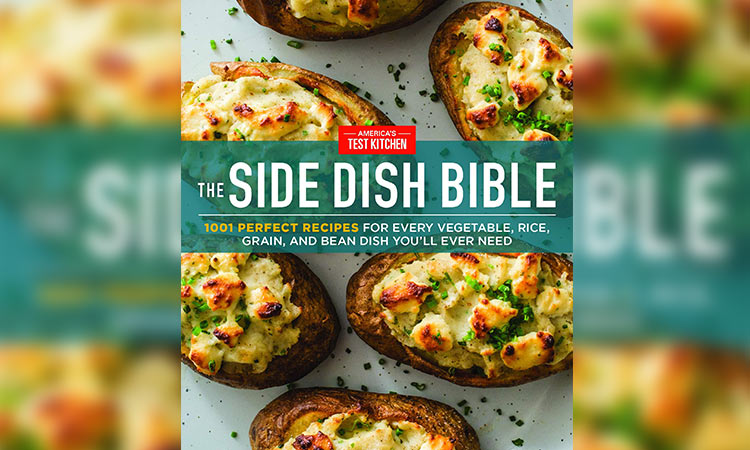 "The Side Dish Bible" from America's Test Kitchen. TNS

The latest cookbook from America’s Test Kitchen is “The Side Dish Bible,” a curated collection of 1,001 recipes for everything from roasted artichokes to stuffed zucchini.

This hefty book should become a go-to reference for home cooks; it’s a winning combination of mind-boggling variety paired with trustworthiness. A team of cooks at the Boston-based company tests each recipe numerous times, tweaking ingredients and conducting blind taste tests. The goal is to find the best possible version of each dish, and each recipe is accompanied by an explanation of “why this recipe works.”

There are chapters titled: “Basics You Can Count On,” including recipes with short ingredient lists and quick preparation; “Roast Your Vegetables”; “Potatoes Every Way”; “Potluck Favorites”; and “Not Your Mother’s Casseroles.”

Why this recipe works: Maple syrup and cider vinegar combine to create a sweet-sour New England–style glaze for stovetop Brussels sprouts. Halving the sprouts through the stem end ensured that they cooked through evenly and stayed together in the skillet. We mimicked the caramelized edges achieved through oven roasting by sautéing the sprouts in butter for several minutes before adding the broth. Be sure to use pure maple syrup, not pancake syrup. You will need a 12-inch skillet with a tight-fitting lid for this recipe.

Uncover, increase heat to medium-high, and cook until liquid has nearly evaporated, about 5 minutes. Off heat, stir in remaining 2 tablespoons butter, remaining 1 tablespoon maple syrup, and vinegar until combined. Season with salt and pepper to taste. Serve.

Excerpted with permission from “The Side Dish Bible” by America’s Test Kitchen.