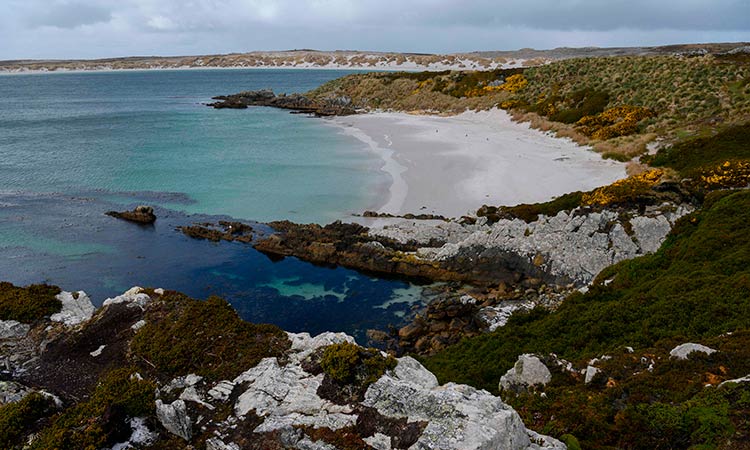 A View of Gypsy Cove near Stanley in the Falkland Islands. Pablo Porciuncula Brune/AFP

If that sounds like an odd career switch, his story is typical on the remote British archipelago, where tourism is an increasingly popular side hustle for workers in the grueling livestock industry.

Heathman works for his 38-year-old daughter Nyree's Estancia Tours in the South Atlantic territory, having long ago handed over his farm to his other daughter. 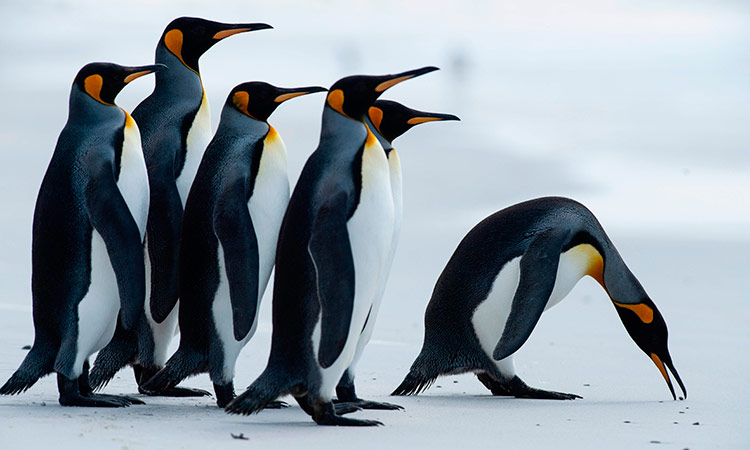 King penguins are seen at Volunteer Point, north of Stanley in the Falkland Islands. AFP

"A lot of people will save up their leave and take days off to just drive down here for a day when the big ships come in," Heathman told AFP on a gusty trip to Volunteer Point, a peninsula famous for the islands' signature species, the king penguin.

Driving tourists around one of the Falklands' main attractions is Heathman's main job these days.

"It's very lucrative. Some people just rely on it for extra cash," he says. "It's a day out to meet people and exchange views on various subjects, talk about life on the Falklands and worldwide -- I enjoy it."

Sheep farming nevertheless remains a traditional way of life for some islanders -- enduring despite a rapidly modernizing society and an exodus of workers to the archipelago's one town, Stanley.

Goose Green farm on East Falkland island employs five sheep shearers and as many "rouseys" -- the women who shake out the freshly shorn wool. It is grueling work.

"There's a learner on the end, he'll shear 160. The two boys in the middle, they'll shear 400 today; it depends on your ability," Goose Green farm manager Keith Alazia, 47, told the media.

His five employees will work for around eight and a half days straight, shearing 13,500 sheep between them -- around 1,500 a day. 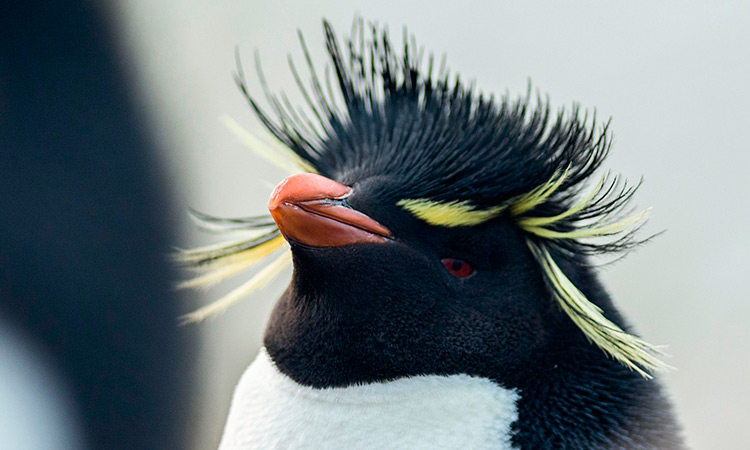 A Rockhopper penguin is seen at Kidney Island in the Falkland Islands. Pablo Porciuncula Brune/AFP

Then they'll move on to another farm. They can earn almost one pound sterling per sheep.

But on a remote island chain with harsh weather where locals say you can experience all four seasons within an hour, such strenuous work is not for everyone. Neither is sheep farming.

"You have the real Falkland Islanders who still live on farms and are 90 years old and go out every day and gather sheep," said Joanne Baigorri, a credit officer at the islands' only bank.

"But you have some of us who like to be in town with our comfort and heating and internet and things like that."

Life on the Falklands can be slow, to the extent that the recent opening of a movie theater in the capital Stanley caused a stir.

There are no nightclubs and the internet is expensive and can be frustratingly slow. Restaurants open for business at around 6:00 pm and often stop taking orders by 8:30 pm.

But that small town vibe has its plus side too: this is a place where people don't lock their homes or cars.

"I love living here. I have three children, this is such a safe place to raise your children," said Baigorri, 27, as she shopped in Stanley's supermarket.

It's also a surprisingly cosmopolitan place.

Falkland Islanders proudly boast about 60 nationalities among a population of just 3,400. 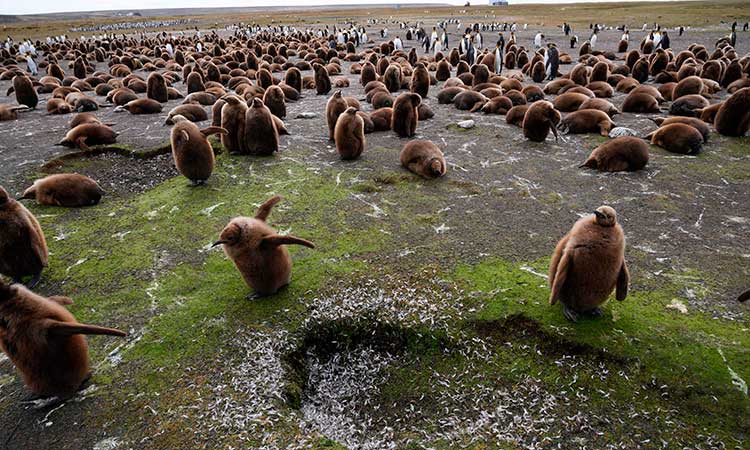 In this file photo shows King penguin chicks are seen at Volunteer Point in the Falkland Islands. AFP

Ten percent are Chileans while there are also burgeoning communities of Filipinos, Saint Helenians and even Zimbabwean deminers.

Life can sometimes be difficult, though, as the weather can cause havoc with air and boat travel.

Many internal flights are called off due to gusting winds and occasionally the ship carrying food stocks runs into difficulties, from the weather or Argentina, which continues to claim sovereignty despite Britain asserting its authority since 1833.

"Sometimes you can find it hard to find things you actually need," said McRae.

"For example, I might want to bake a cake and you've got no sugar and there's absolutely no sugar on the entire island." 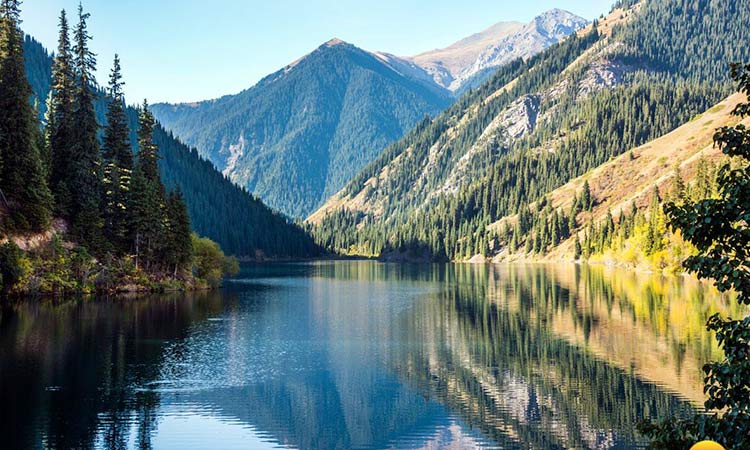 The travel media brand has reimagined its annual list this year, focusing on places, people and enterprises offering the best in sustainability, community and diversity.