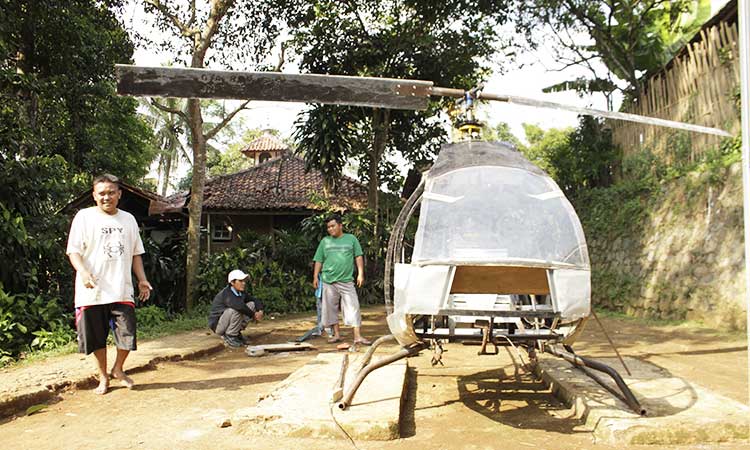 Indonesia's notorious traffic gridlock has been known to send commuters into a spin, but one man has decided to rise above the daily grind — by building his very own helicopter.

Jujun Junaedi spends his free time in a backyard tinkering with his project, guided by instructional videos, as he dreams of flying above the snarled roads of his hometown Sukabumi.

"It's so incredibly frustrating. You run out of petrol and it's a waste of time," the 42-year-old says of congestion in the city, about 110 kilometres (70 miles) south of the capital Jakarta. 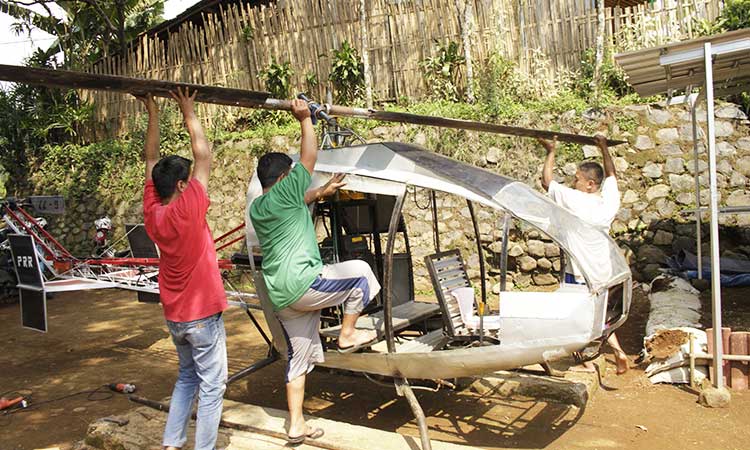 Jujun Junaedi spends his free time in a backyard tinkering with his project. AFP

"You end up being totally exasperated by the time you get to where you're going."

Buying parts and using scraps from his auto repair shop, Junaedi says he has spent about 30 million rupiah ($2,100) on his creation since he started building it 18 months ago.

Junaedi's young son and neighbour have both been roped into help build the eight-metre (26-foot) long petrol-powered chopper, which has yet to take its maiden flight.

"As long as my helicopter takes off then I'll be satisfied," he said.

His quest may seem a flight of fancy, but Junaedi is not the first person to try and build an artisanal aircraft. 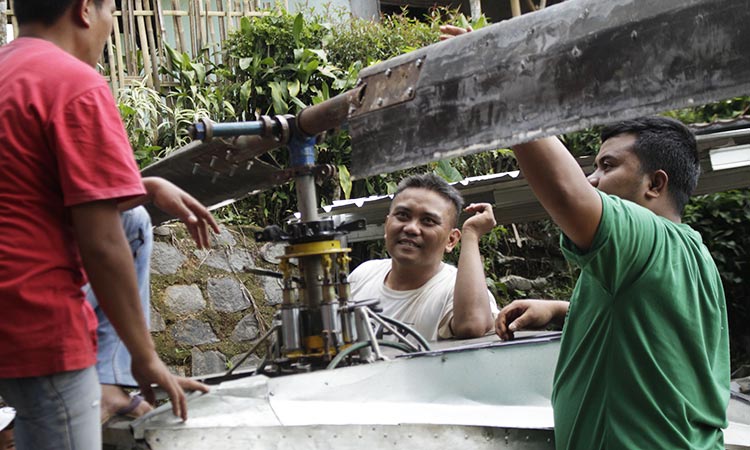 Jujun Junaedi, centre, working on his homemade helicopter in his backyard in Sukabumi. AFP

Two years ago, a South African man used corrugated iron sheets and other scrap to construct a replica police helicopter, according to local media reports.

A farmer in China also grabbed headlines in 2016 after he spent three years trying, and failing, to build his own working chopper.

Whether Junaedi's project gets off the ground remains to be seen, but airworthiness may prove less of a challenge than mounting costs.

"When he needs money for the engine or blades, for example, it costs a lot of money," said his wife Yeti.

"If everything is spent on this helicopter we'd have nothing left to buy food."