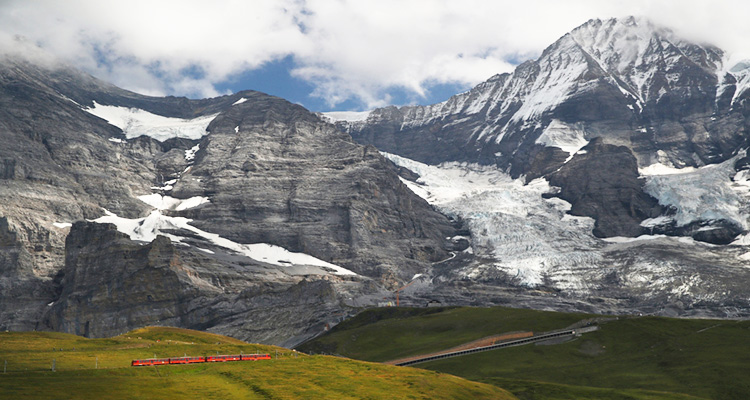 The Eiger, Guggi and Giesen glaciers are pictured near the Jungfrau between 1890 and 1900 in Wengen.

Then he found himself facing a different kind of challenge - how to capture a much slower story, the century-long retreat of Switzerland’s glaciers in the face of global warming.

"Everybody talks about the melting of the glaciers. But visually how could we show that?" said the father-of-two who works out of Reuters' Geneva bureau. 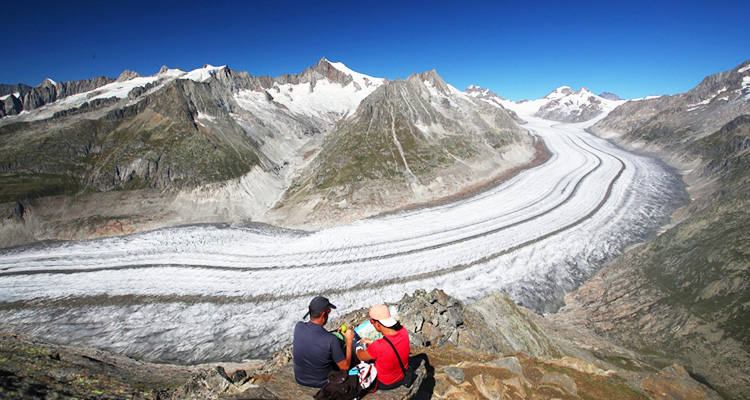 People sit above the Aletsch Glacier in the Swiss Alps.

The solution came to him as he leafed through a book of black-and-white 19th century photographs of Switzerland's Alpine heights and rivers of ice.

He decided to pick a selection of old vistas from online public libraries, then head out and take a photograph from the same spots, from the same perspectives. He would juxtapose old and new and show what had changed.

The challenge was to find those locations. He spent hours in the office looking at online maps, wandering around in virtual reality, lining up peaks with ridges and other landmarks.

Then he went out with his camera and tripod. Some of the glaciers were well-known, a short walk from the road. Others could only be reached by cable car and hours of hiking. 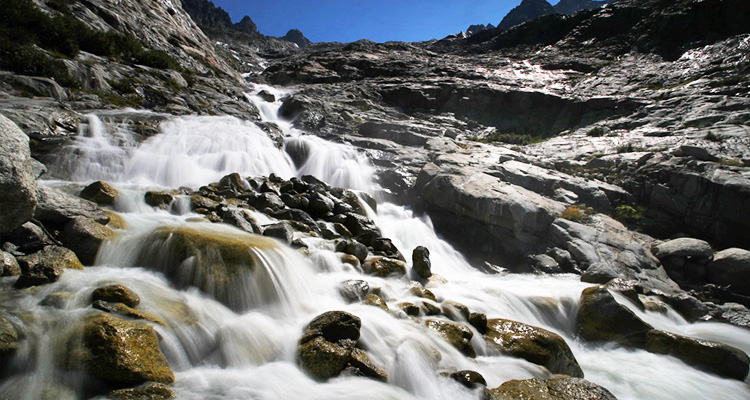 At the Trient glacier, a forest had grown up where the original picture was taken.

"The Aletsch glacier is 20km long. In two days and a bit of walking I got four different pictures ... The rocks haven't moved, but the vegetation has changed quite a bit."

At the Trient glacier, a forest had grown up where the original picture was taken.

He tried to match lighting conditions to get as close a match as possible.

"Most of the old pictures were taken in afternoon, or later afternoon. In the 19th century they needed a lot more time to climb. They carried their equipment on horses or donkeys."

He took to the skies in a light aircraft to capture the Zanfleron glacier. There was no comparative shot from the 1800s, but it was the best way to see the vast plane of polished flat rock left bare by the shrinking ice. 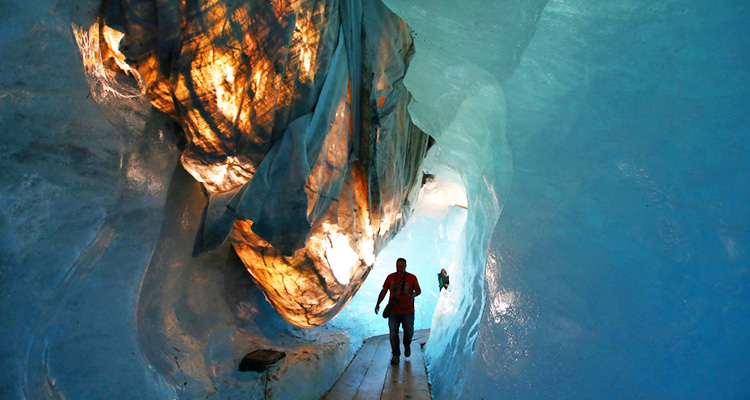 People walk in the Ice Cave, covered with material to prevent the ice from melting.

More than three years since he started his research, Balibouse's efforts produced 12 clear shots - some of them composites of old and new pictures, some of them showing him holding up an old photograph in front of the modern day landscape. He also shot video, with images morphing from past to present.

All of his work brought the same unavoidable fact into focus. Vast walls of ice had diminished or disappeared. The glaciers had retreated, leaving the landscape scarred with precarious hills of loose stone and scree.

"One glacier had dropped about 200 metres in depth and more than 3km in length in 150 years. You can really see it," said Balibouse. "It's mindblowing the amount of ice that has gone."