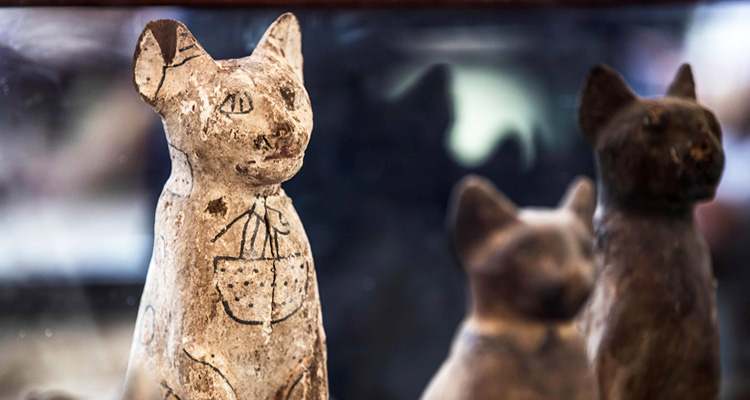 Statues of cats are displayed after the announcement of a new discovery carried out by an Egyptian archaeological team.

Mummified cats, cobras and crocodiles and scarabs were also unearthed among the well-preserved mummies and other objects discovered recently. 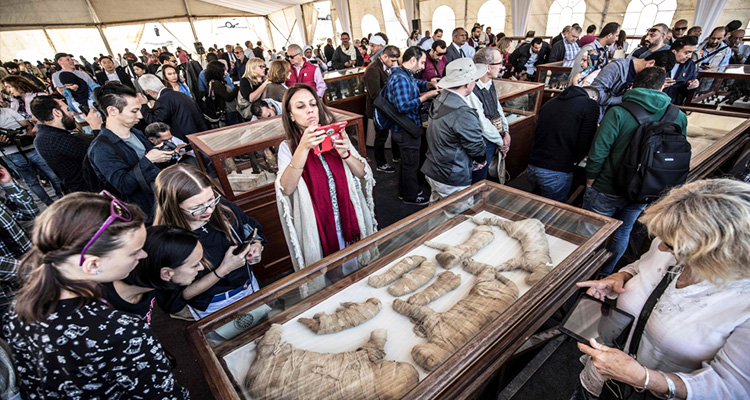 Visitors observe mummies of cats and other felines displayed.

The Antiquities Ministry announced the find at the foot of the Bastet Temple, dedicated to the worship of cats among ancient Egyptians, in the vast necropolis.

Antiquities Minister Khaled El-Enany described the discovery as "a (whole) museum by itself". 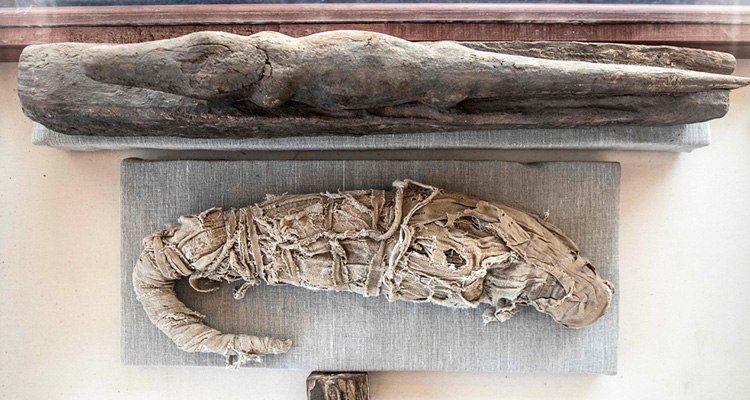 A crocodile mummy is displayed after the announcement of a new discovery.

He said initial archaeological studies showed that five of the mummies are lion cubs. 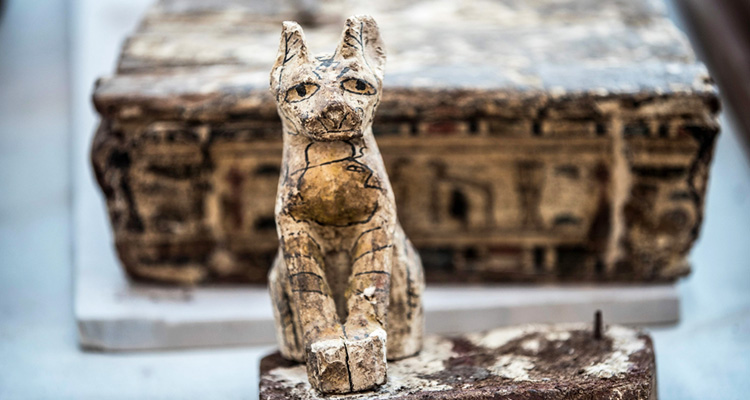 Egypt unveiled a cache of 75 wooden and bronze statues.

Other artifacts uncovered in the dig included statues of an Apis bull, a mongoose, an ibis, a falcon and the ancient Egyptian god Anubis in animal form. 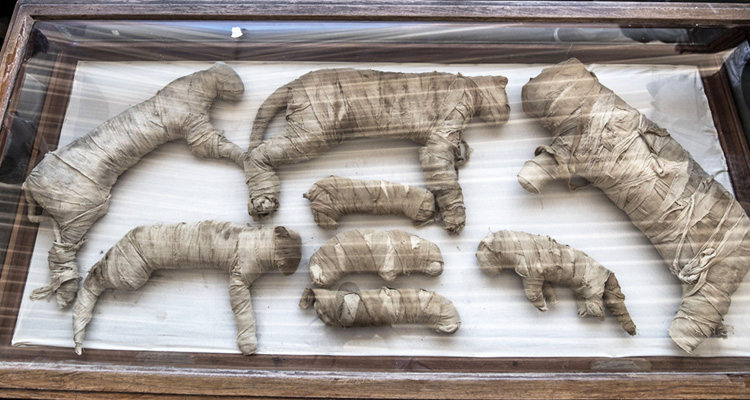 Mummified cats, cobras, crocodiles and scarabs were also unearthed among the well-preserved mummies.

The artifacts belong to the 26th Dynasty which dates back to the seventh century BC, Enany said.

The trove also boasts a collection of ancient Egyptian deities in the form of 73 bronze statuettes depicting the god Osiris, six wooden statues of Ptah-Soker and 11 statues of Sekhmet, the warrior goddess of healing. 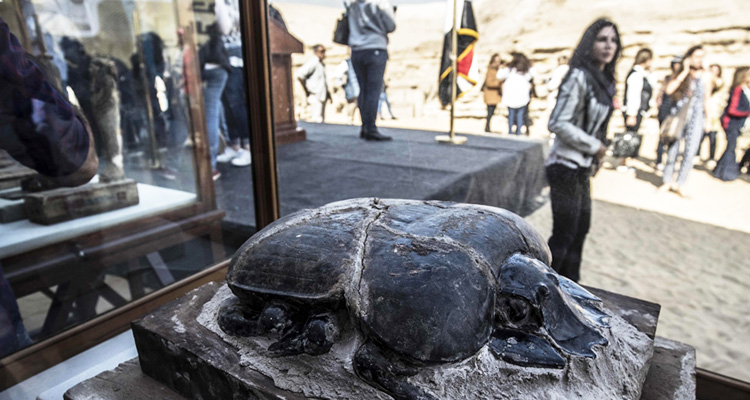 The statue of a scarab is displayed after the announcement of a new discovery carried out.

Egypt has sought to promote its unique heritage as a way to revive its vital tourism sector, which has been badly hit by political insecurity and attacks. 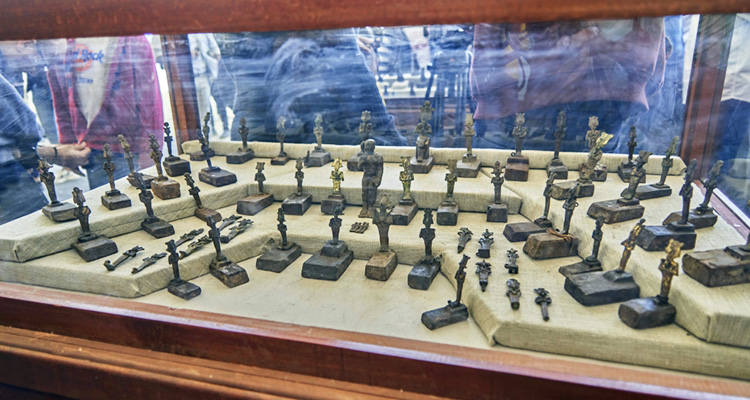 However, critics say archaeological sites and museums suffer from negligence and poor management. 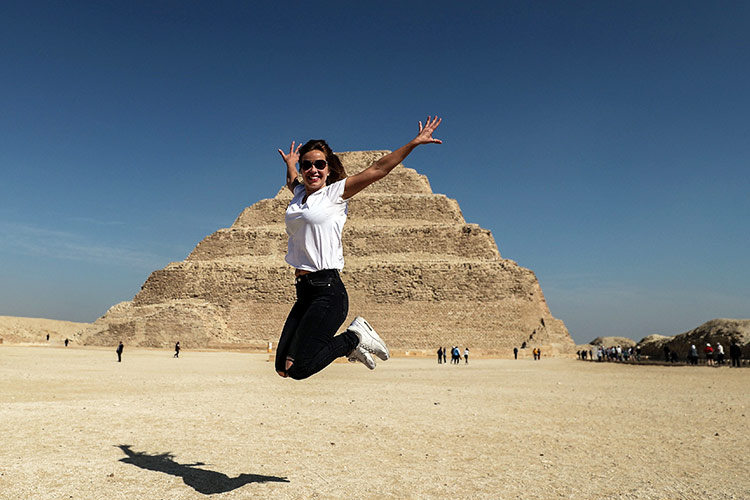 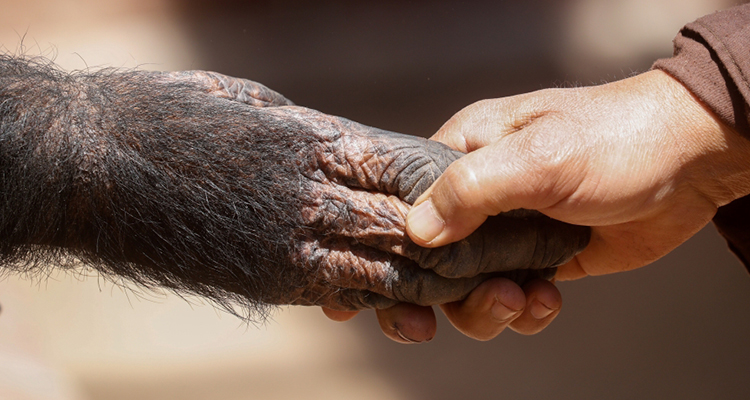