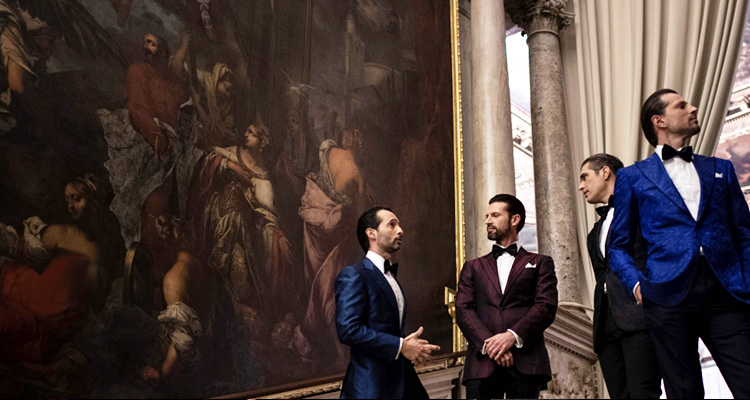 Models wait for guests arrivals during a preview of Stefano Ricci's Fall/Winter 2021 collection.

Italian designer Stefano Ricci's latest silk tuxedos may be sharply tailored, but they are not ideal wear for the exceptional flood that swept through Venice as they were unveiled.

"For our next collection, remind me to include rain boots," quipped creative director Filippo Ricci as he presented his father's Fall/Winter 2021-21 collection as a record high tide left the heart of the UNESCO city underwater last week.

The Florence-based menswear and accessories brand, which has outfitted celebrities from Andrea Bocelli to Morgan Freeman and Tom Cruise, showed off its new look at the prestigious Scuola Grande di San Rocco. 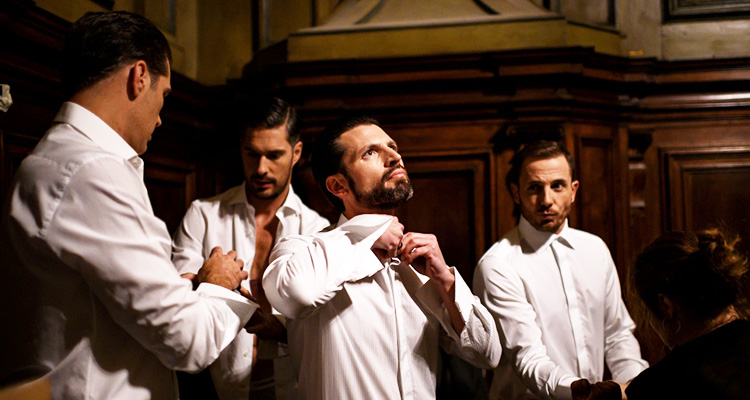 Models dress in the backstage at Scuola Grande San Rocco in Venice.

The Scuola's headquarters boasts the biggest collection of paintings in the world by 16th century master Tintoretto.

As models showed off the collection against a backdrop of tempestuous Old Testament scenes painted in oil, canals outside burst their banks, flooding Saint Mark's Square and Basilica, and numerous other churches and historic buildings.

The fashion house's waterproof cashmere coats with mink lining may have kept those in the storm dry, but the wearer would have needed waders in any case -- perhaps in the brand's trademark nubuck crocodile.

Luxury label Stefano Ricci, which trains young artisans, picked the historic venue because its confraternity served as a patron of artists and artisans in its heyday. 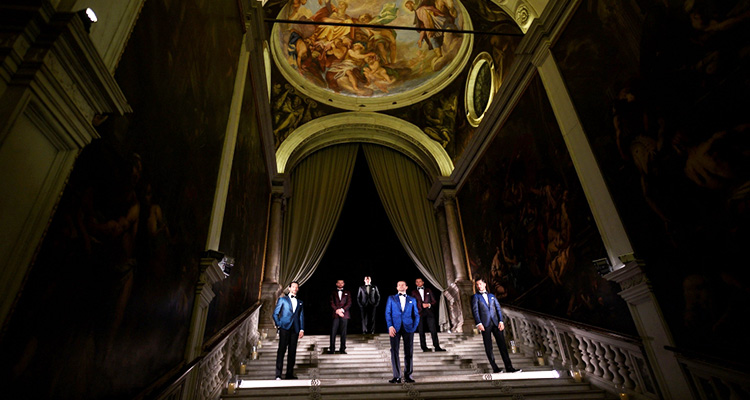 Models pose prior to the presentation of Italy's iconic Florence-based fashion house.

"This was known as a place where they were protecting and improving arts and craftmanship," CEO Niccolo Ricci told AFP.

The family brand, founded in 1972, is invested in "training people in the art of beauty, (crafts that) use your hands," he said.

Youngsters are paired with master artisans who have more than 20 years of experience in tailoring, jewellery or leather.

Tintoretto was placed with just such a master by his father, but legend has it painter Titian -- known by his contemporaries as "The Sun Amidst Small Stars" -- was afraid the youngster would outshine him, and so kicked him out.

Tintoretto would go on to win the commission to decorate the headquarters of the Scuola Grande di San Rocco, which is dedicated to Saint Roch, invoked down the centuries by Catholics seeking protection from the plague. 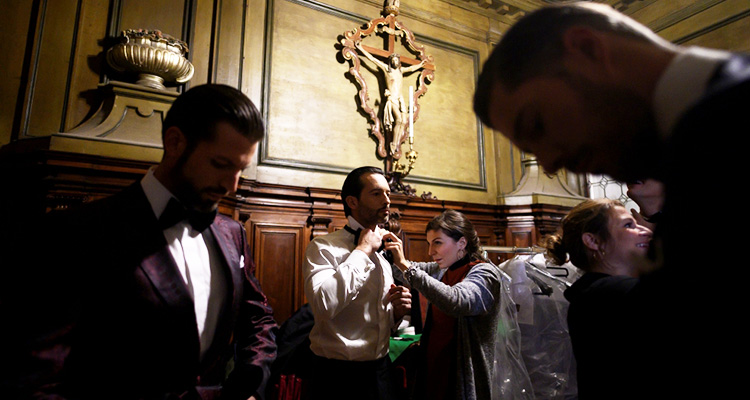 Models dress in the backstage prior to a preview.

"The confraternity was founded in around 1470 by a group of people who wanted to pray against the plague epidemics that often afflicted port cities like Venice," said Demetrio Sonaglioni, the Scuola's vice-president.

"They managed to get the saint's body from Voghera (in northern Italy); whether they stole it or paid for it is unclear," he said.

It was one of several so-called "flagellant" confraternities, whose members mortified their own flesh by whipping it.

While that practice died out, board members still wear the traditional white robe and face-covering hood with eyeholes cut out to ceremonies.

"Many came to pray to Saint Roch, many made donations, and the school became rich," Sonaglioni said, adding that the board was made up of well-off merchants, particularly from the fabrics trade. 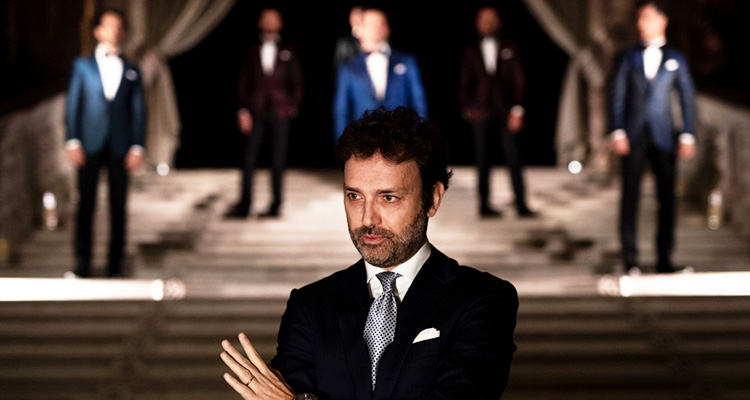 Tintoretto was painting a scene from the Old Testament about a plague of snakes sent by God when the deadly disease struck once more, killing a quarter of the city and at least 100 of the confraternity's members.

His survival strengthened his faith, as can be seen in the over 60 religious depictions that adorn the walls and ceilings, including several of Saint Roch -- who is also the patron saint of bachelors.

The blueberry blues and cabernet reds in the Stefano Ricci collection echo those in Tintoretto's scenes. Bachelors donning the brand's field jackets or fox fur collars are advised to steer clear of snakes, and, in particular, floods.