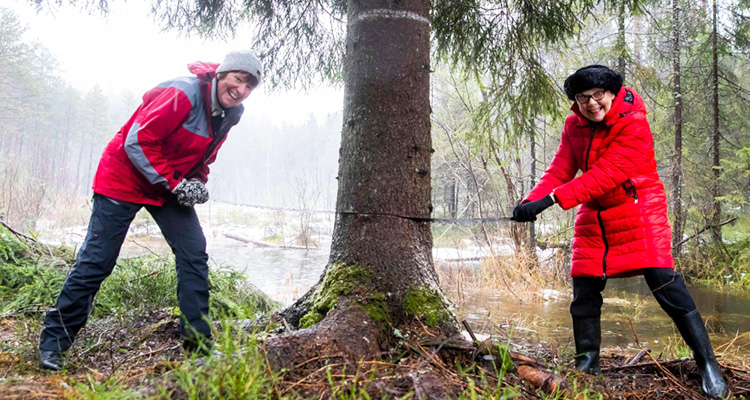 Mayor of Oslo Marianne Borgen (L) and Ruth Bush are sawing down the tree.

From an Oslo forest comes the Christmas gift Norway gives Britain every year - a towering tree for London's Trafalgar Square, a token of gratitude for British support during World War Two.

Cinderella gets a modern twist with Christmas Wish

Norway's exiled king and government fled Nazi occupation and took refuge in the British capital from 1940 to 1945, building lasting bonds between the two countries. 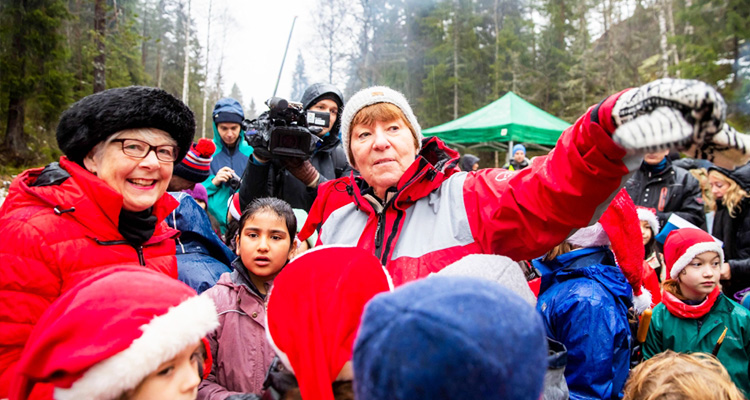 This year´s tree is a spruce, 24 meters high and it has lived about 80 years in the woods east of Oslo.

The Christmas tradition, which began in 1947, leaves little to chance. Suitable trees are identified years in advance and receive special care to secure the best conditions.

Only one in 20 makes the final cut.

On Tuesday, with British and Norwegian officials attending and children singing Christmas carols, a 24-metre (79-foot) spruce was felled in drizzling rain and chilly temperatures.

"In a time of turmoil and uncertainty, to have this tradition continuing for decades is a very important sign of stability, of friendship between nations, of dialogue and real commitment to understanding other people," said the Lord Mayor of Westminster Ruth Bush. 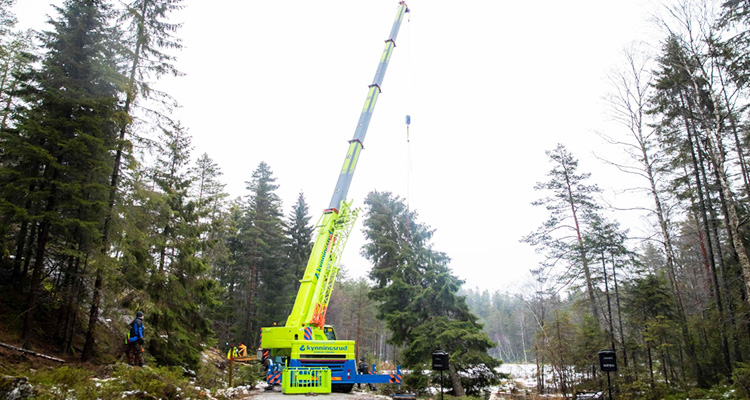 The Christmas tree which will stand at Trafalgar Square in London is being transported after it was sawn off.

The tree, around 85 years old and certified as disease-free by a Norwegian regulator, will travel by lorry and ship across the North Sea before reaching Trafalgar Square.

The tree has its own Twitter handle (@trafalgartree) and will be lit on Dec. 5.