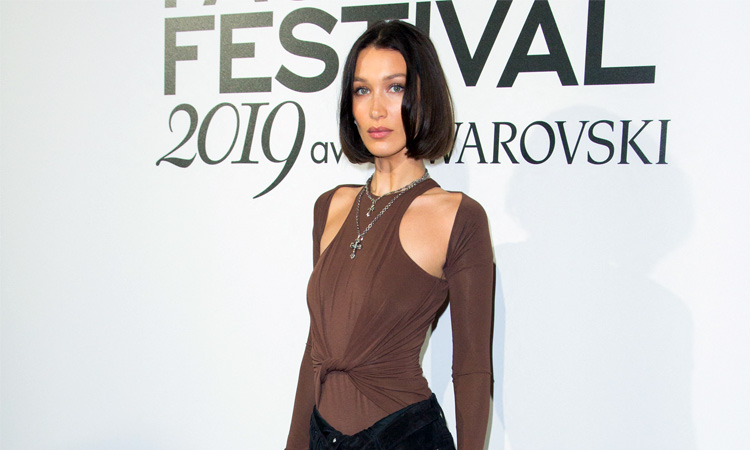 It’s a known fact that a large section of the world’s population suffers from the debilitating mental condition of depression.

As per the United Nations, more than 300 million people around the globe, across all ages, suffer from depression.

Such is the prevalence of the illness that not even the likes of popular fashion model Bella Hadid could escape from its clutches.

During a discussion at the Vogue Fashion Festival in Paris, the 23-year-old opened up about her own struggles with mental health and the pressures of being a fashion model.

She discussed her experience of working with high-profile photographers and revealed her thoughts on the Victoria’s Secret Fashion Show.

During the course of the talk, Hadid admitted that she struggled to deal with her own mental health in light of her professional success.

The model said there were times she would “cry every single morning” and that she often felt guilty for experiencing depression despite her “incredible life.”

“For a while I just didn’t want to talk about it, and I’ve gone through a lot in the past few years with my health,” Hadid described.

“I feel guilty for being able to live this incredible life, have the opportunities that I do, but somehow still be depressed. It doesn’t make sense.”

“I was very emotionally unstable for a while when I was working 14-hour days for four months straight as an 18-year-old.

“I think I just wanted to breathe a little bit. And so it kind of put me in a spiral.”

The supermodel added that it was important to come clean on depression so her followers on social media knew hope exists.

“I just hope I can help in any way I can,” Hadid said.

“I feel like I would be doing a disservice to myself if I didn’t speak about something such as mental health, because that’s pretty much what I’ve been going through for the past five years very intensely.

Hadid, the younger sister of fellow model Gigi Hadid, also revealed that the first time she felt comfortable modelling lingerie was for Rihanna’s Savage x Fenty show during New York Fashion Week in September, in which she walked alongside models of all ages, shapes and races.

Last month, Hadid discussed how she copes with her mental health struggles in an Instagram post, as she thanked fans for their birthday wishes.

“I would like to add that everything you see online or through social media is not always what it seems,” read her post.

“The happiness we create online while being sad in real life makes no sense, but sometimes it just seems easier to live within your sadness rather than talk about it,” she added.

The model urged fans to take care of themselves and to not be afraid to reach out for help if they need it.

“When the world feels like it is collapsing around you, you are allowed to ask for help ... you do not have to deal w/ your mental state alone,” she concluded.