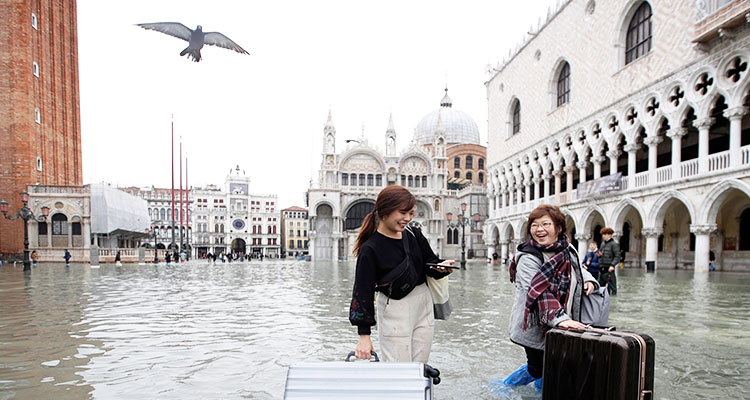 Tourists push their luggage in a flooded St. Mark's Square, in Venice.

Mayor Luigi Brugnaro moved to shut the iconic square as the latest sea surge struck with strong storms and winds battering the region.

It reached a high of 1.54 metres (five feet) just before midday -- lower than Tuesday's peak but still dangerous. 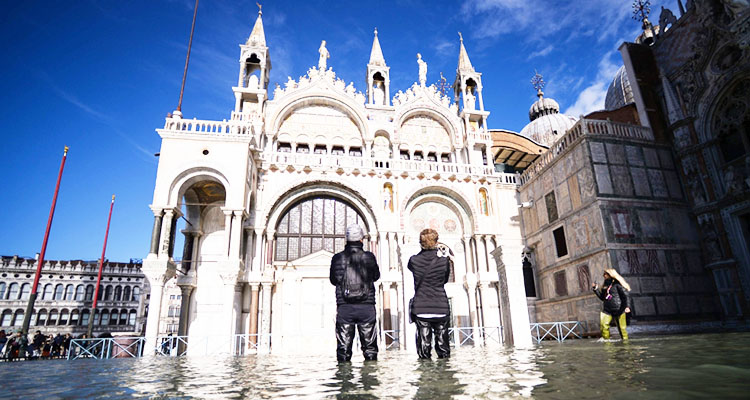 "I'm forced to close the square to avoid health risks for citizens... a disaster," Brugnaro said.

In the afternoon the square reopened as water levels receded and forecasts anticipated lower levels in coming days.

Churches, shops and homes in the city of canals have been inundated by unusually intense "acqua alta", or high water, which on Tuesday hit their highest level in half a century.

"We've destroyed Venice, we're talking about one billion (euros) in damage and that's just from the other day, not today," Brugnaro said, as far-right leader Matteo Salvini joined the list of politicians to visit the stricken city. 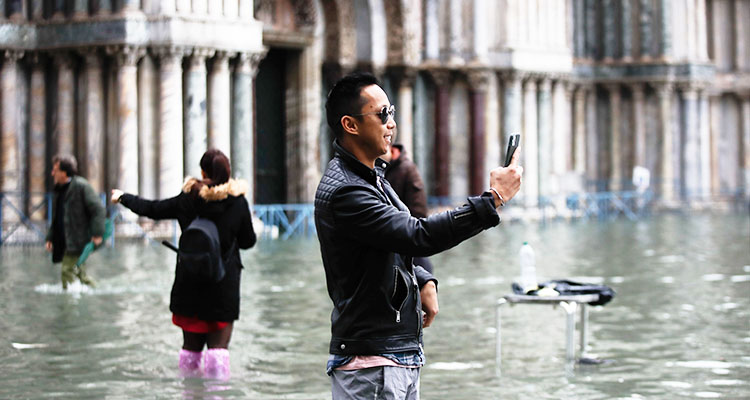 Residents whose houses have been hit are eligible for up to 5,000 euros in immediate government aid, while restaurant and shop owners can receive up to 20,000 euros and apply for more later.

Mayor Brugnaro on Friday also announced the opening of a fund where people in Italy and around the world could contribute to the historic city's repair.

One tourist, Italian Nicole Righetti, said she would be willing to pitch in.

"It would be a shame to no longer be able to see these places, and I think everyone should give," Righettii said.

Some Venetians, used to the inconvenience of their city's rising waters, nevertheless expressed frustration.

"All the stock in the basement is lost," lamented one worker at a shop along St. Mark's square, Luciano. He said he remembered well the infamous "acqua alta" of 1966, when the water rose to a level of 1.94 metres, the highest-ever since records began in 1923.

"These so frequent high waters have never happened before... this time there's so much more damage than in the past," he said. 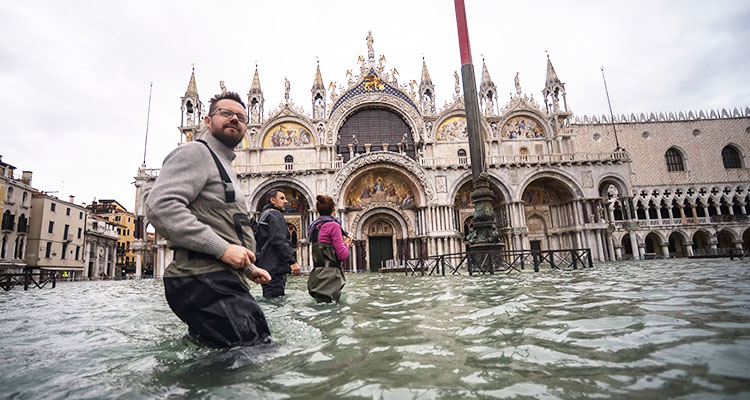 "It makes me question what Venice is going to be like in 50 years," California student David Melendez, 20, told AFP Friday.

"Hopefully this beautiful city can survive and our sons and grandsons can see it."

Many, including Venice's mayor, have blamed the disaster on global warming and warned that the country prone to natural disasters must wake up to the risks posed by ever more volatile seasons.

The Serenissima, as the floating city is called, is home to 50,000 residents but receives 36 million global visitors each year.

A massive infrastructure project called MOSE has been under way since 2003 to protect the city, but it has been plagued by cost overruns, corruption scandals and delays. 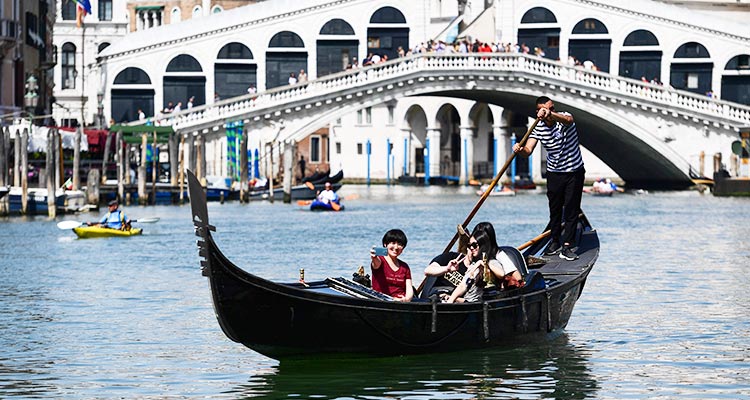