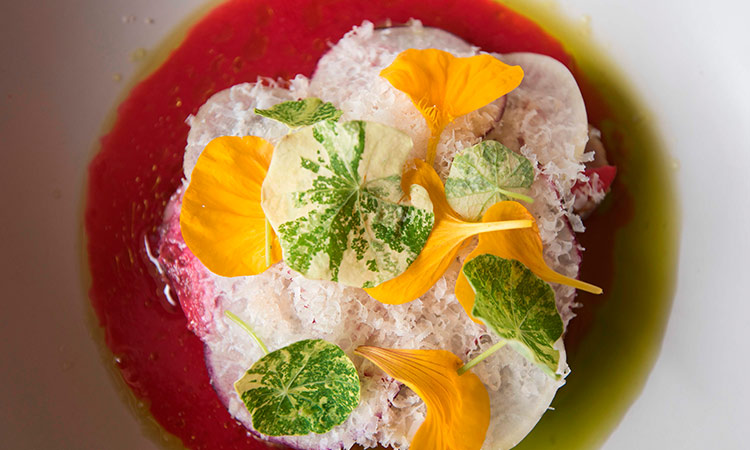 With a sleek swish of his knife, Germaine Esau, the head chef at Cape Town's award-winning Myoga restaurant, slices open a freshly caught tuna, tops it with seaweed and delivers his masterstroke: a sprinkling of sacred Baleni salt.

"It's like nothing you've tasted before," he says. "It brings all the flavours out and just lifts everything." 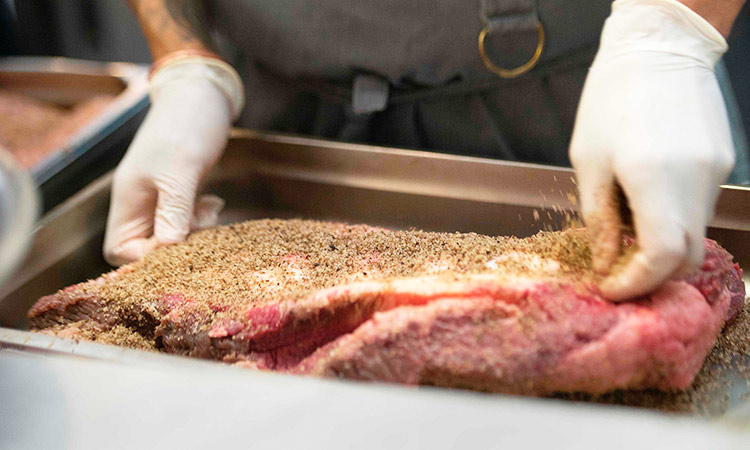 The salt, say locals, is sanctified by the spirits of their ancestors, for the crystals come from the water of a holy spring said to have healing powers.

"It gives quite a mineral taste to anything you do and it's very salty, so a little goes a long way," Esau said.

Baleni salt is used in numerous luxury restaurants across Cape Town and Johannesburg, where it retails for 125 rand ($8.24, 7.49 euros) per kilo. 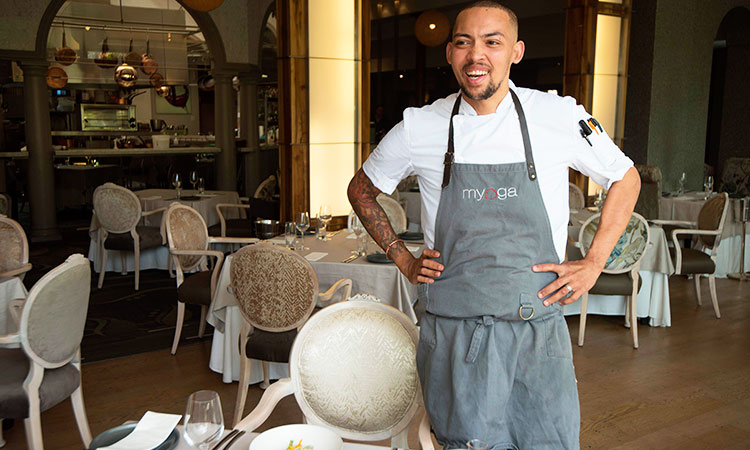 Replacing Maldon salt from England, Baleni salt is served in dainty ceramic bowls on every table inside the old English-style building built in 1800.

"Everyone likes a story and there's a great story behind the salt," Esau said.

That tale begins in Giyani, 2,000 kilometres (1,200 miles) from the coast, at a site on the banks of the Klein Letaba River in South Africa's northern-most province of Limpopo. 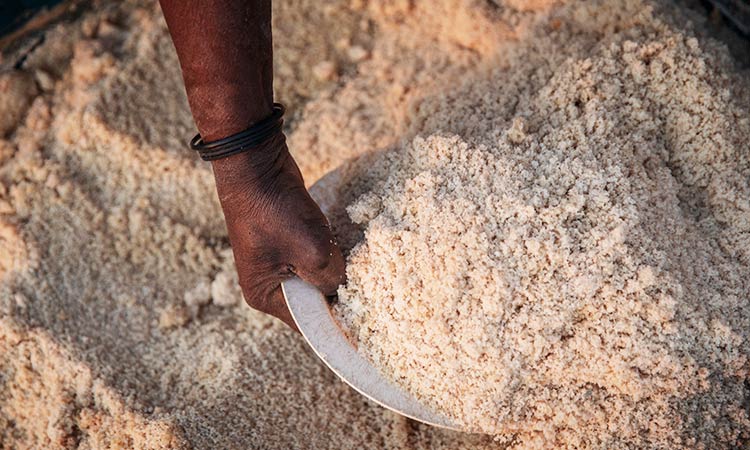 Ndaheni Mashele, collects salt on the bank of the Klein Letaba River near Baleni. AFP

A trek through thick forest brings the visitor to a sort of oasis, fed by a river, amid tropical grasslands where, even in mid-winter, the temperature can reach 30 degrees Celsius (86 degrees Fahrenheit).

There, on winter mornings, elderly women from the local Tsonga community reach down to the earth, scraping up soil blanketed by a shiny white, thin crystallised deposit.

"This is a sacred place, given to us by our ancestors," said 73-year-old harvester Emelin Mathebula, teasing salty soil onto a metal plate with a steel rod.

"The sulphate water from the hot spring flows... the heat from the sun dries it, then we have this sort of salt there," local guide Thinashaka Tshivhase said. 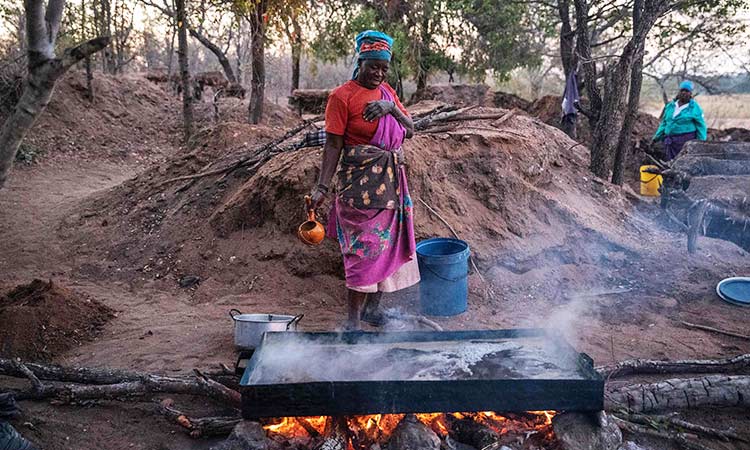 The harvesting is done only by women, who often camp in the dry river bed for weeks to make the most of the dry season before the spring rains fall.

The spring is dubbed "kamkhulu" meaning "the place of the great one." According to legend, the spirit of ancestors who first settled there give it its power.

High in magnesium, chloride and other minerals, the water can treat high blood pressure and aching muscles, according to locals. 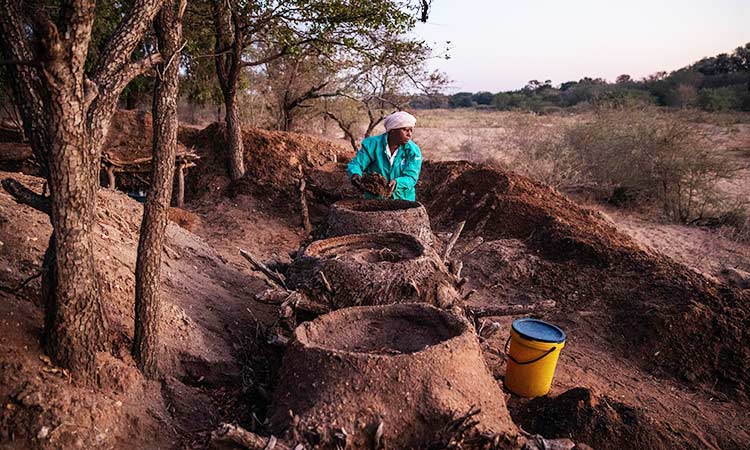 "The sacred salt has been a central point of importance for traditional healers in South Africa for centuries and still today," Muller said.

Mathebula, a grandmother of eight, steps lithely along the riverbank filling her five-litre (1.3-gallon) bucket with the crystal-infused soil.

She then carries it up the river bank to filter it through her self-made filtration — a system using branches from the local mopane tree, clay, long grass and leaves.

The liquid slowly drips through, landing in the bucket below. 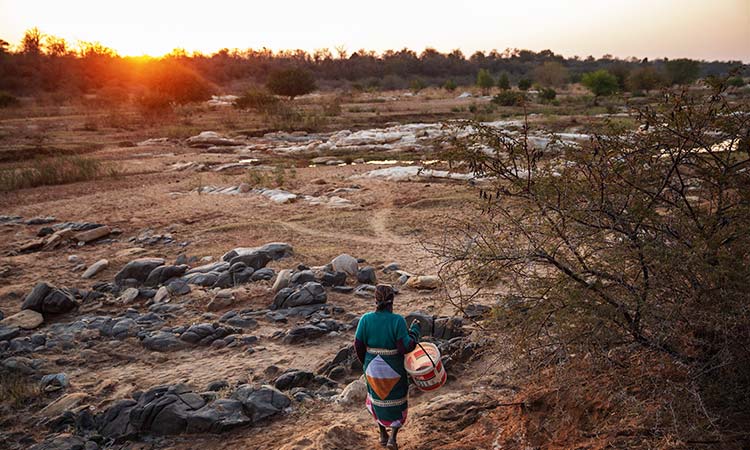 Phephu Mchavi, walks in to the riverbank of the Klein Letaba River near Baleni. AFP

The concoction of river sand, salty soil and water is filtered up to four times until the colour of the water is almost clear.

The liquid is left to boil over a small fire for four hours until the evaporating mixture begins to froth.

When the foam hardens, it crystallises, forming the precious salt.

The women sell the bulk of it to Muller's NGO, which then sells it to a company called Oryx, which in turn retails it to top-end restaurants.

"We are following the ways of harvesting the salt that we learnt from our grandparents," Mathebula said.

But passing down knowledge to the next generation is difficult, as many youngsters in the remote area migrate to the cities in search of work, she said.