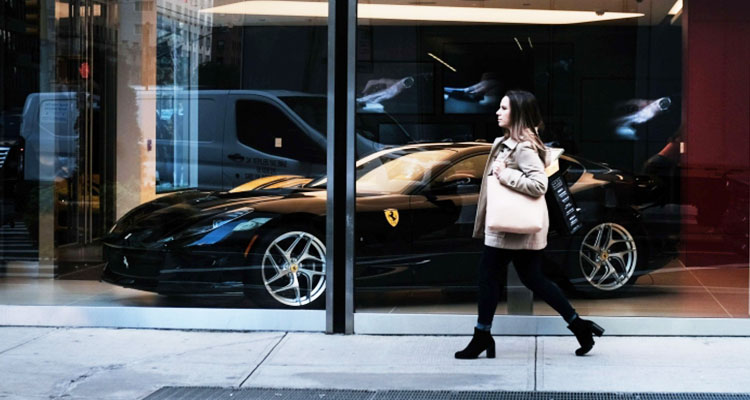 Cars are displayed at a Ferrari dealer on Park Avenue in Manhattan.

Sportscar maker Ferrari on Monday announced a fashion collaboration with Giorgio Armani as part of its long-promised strategy to squeeze more value out of the storied company's allure.

CEO Louis Camilleri told analysts that Ferrari aims to earn 10% of earnings before interest and taxes within a decade from three defined brand extension areas: apparel, entertainment and luxury services.

The Italian company aims to both increase and retain a greater portion of the 800 million euros ($892 million) in products bearing the prancing horse logo, the CEO said. That will include jettisoning licenses that don't properly represent Ferrari.

"This is not just about profit, this is about enhancing our brand equity and the vitality and vibrancy of the brand," Camilleri said.

Ferrari has long had one of the world's most recognizable brands, but it has only recently translated that into value. 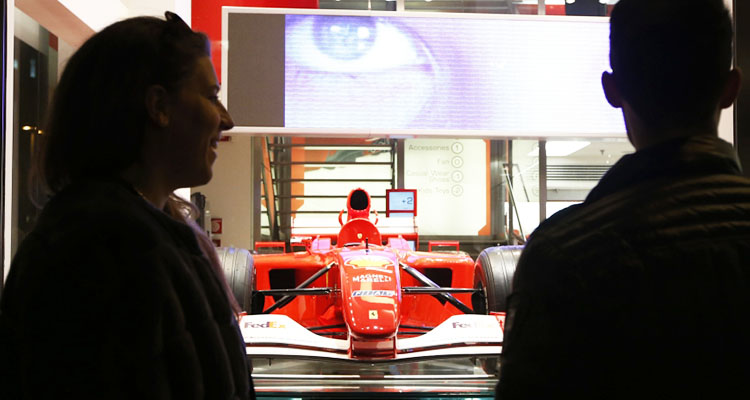 A man and a woman looks outside a window of a Ferrari Store in Milan, Italy.

It is now seventh on Brand Finance's list of most valuable luxury brands, from 350th five years ago.

As part of the new strategy, Ferrari will focus the use of its brand, reducing licenses by half and eliminating a third of the product categories currently available.

Besides the apparel line to be produced in Italy through a long-term deal with Armani, Ferrari will expand its entertainment offerings, which currently comprise theme parks in Abu Dhabi and Barcelona and two museums in Italy, with driving simulation centers to leverage its Formula 1 racing heritage.

The third category, luxury services, will include a new restaurant with Michelin-star chef Massimo Bottura to open next year at the Maranello headquarters, which already has a Ferrari-themed hotel. 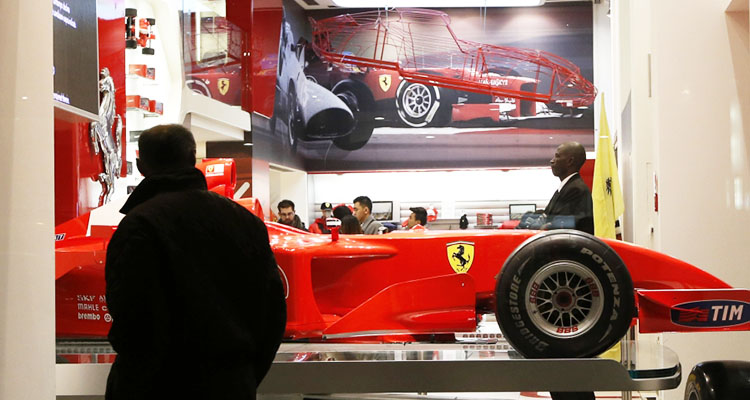 A man watches a window of a Ferrari Store in Milan, Italy.

Ferrari raised its earnings forecast, citing a robust third-quarter performance including a 9% increase in deliveries.

In the third quarter, earnings before interest, taxes and amortization rose 11% to 311 million euros. Revenues rose 9% to 915 million euros.

Deliveries hit 2,474 vehicles, lifted by the Ferrari Portofino and the 812 Superfast.

They were up by double-digits in Europe, were flat in the Americas and dipped 2% in greater China. Full-year volumes will be in the 10,000-region.

Ferrari has unveiled four new models this year as it renews a product portfolio, and will preview a fifth next Wednesday at an event in Rome.