Sidy Diallo, 64, travels the world to spread his message of the benefits of barefoot running - GulfToday

Sidy Diallo, 64, travels the world to spread his message of the benefits of barefoot running 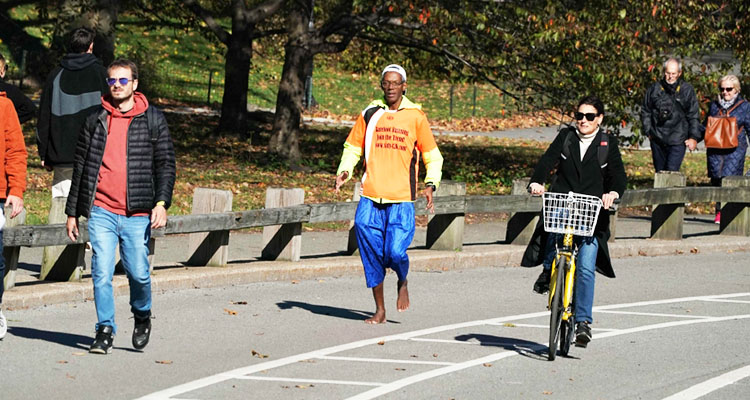 "There's a man without shoes. Watch out for him!," a pedicab driver shakes his head in amazement at the sight of the tall, spindly runner making his way through Central Park.

From 2015 to date, Diallo has trained and ran 63 marathons barefooted. Therefore, he is used to different reactions from people, ranging from sympathy to open hostility. 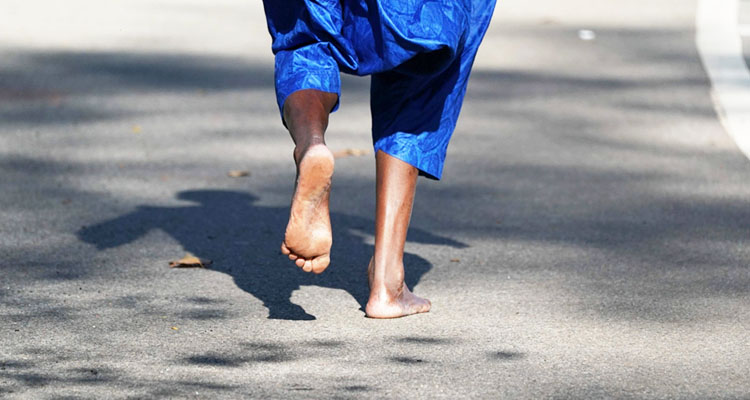 Sidy Diallo, 64, travels the world to spread his message of the benefits of barefoot running.

"Insane! He's crazy!" shouted one spectator he passed while running the Chicago Marathon three weeks ago, said the Guinean-born Diallo.

"When people see me like that," he said, "it brings out the animal in them and some get angry... and even aggressive."

Others wince, worried he is in pain or doing damage to his feet.

"I see the fear on the faces of some people," Diallo says. 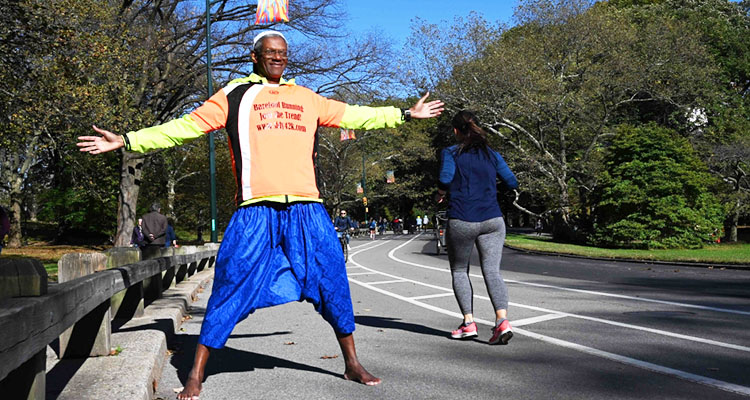 Diallo's movement has been slow to gain traction among joggers.

A price to pay, at first

"There is a price to pay" in the first painful days of barefoot running, Diallo concedes. "Your feet and legs have to adapt. Your entire body has to get used to it."

Diallo, who uses the name Dr. Barefoot to post on Facebook, has reverted to the ways of the first humans. Whom running barefoot was a matter of survival, not just fun.

The 2009 book "Born to Run" by Chris McDougall sparked a mini-revolution in the American running community, inspiring many runners to go minimalist.

McDougall wrote about a tribe in northern Mexico known as the Tarahumaras whose members could run dozens of miles a day along rugged canyon paths wearing simple sandals cut out of old car tires. 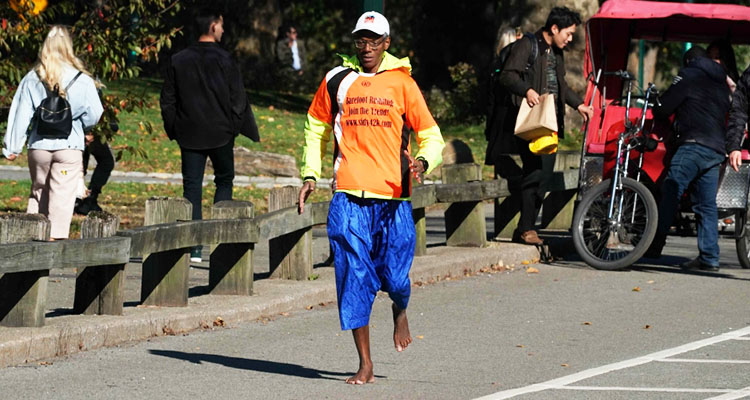 Diallo has grown accustomed to the full gamut of reactions, from sympathy to open hostility.

However, the publicity generated by “Born to Run” has not been enough for people to accept the act of running barefoot.

"In the USA, the 'fad' phase of barefoot running is certainly long gone," Rohde says. "There remains much more interest in Europe."

Despite posting a notice about his plans to run last Sunday, Rohde was the only person to show up barefoot, under a light drizzle, for his usual run in Central Park. 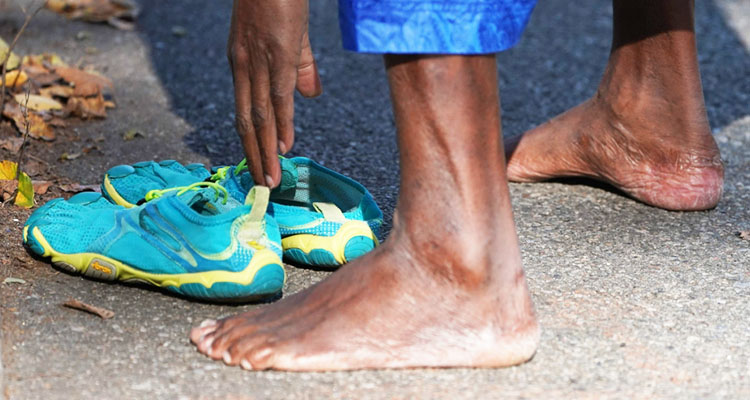 The 2009 book "Born to Run" by Chris McDougall sparked a mini-revolution in the American running community.

Ken Posner, a specialist in barefoot trail-running, talks about the scarcity of barefoot runner.

He said that in 20 years in New York he has only come across seven barefoot runners.  In the 80 marathons and ultra-marathons he had participated in, he came across only three bare foot runners.

He attributes this to the weight of social convention.

To run without shoes, he says, you have to be "willing to stand out very visibly from the crowd." 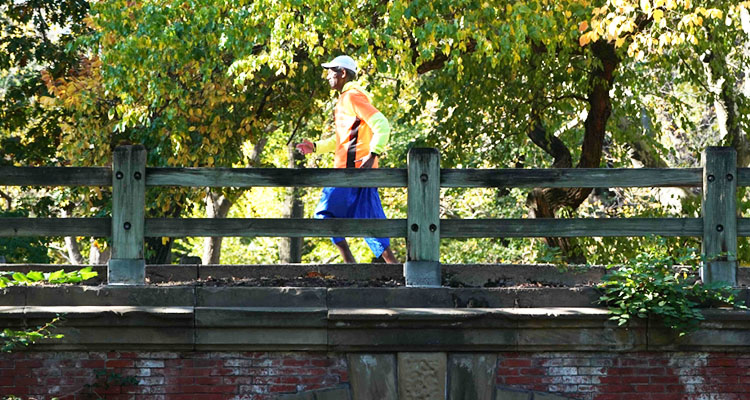 Ken Posner says that in 20 years in New York he remembers seeing only seven barefoot runners.

Patience is also required. "You have to slow down when the ground gets rough, and it seems like most people are in a constant rush."

Still, this author of "Running the Long Path" believes his philosophy will spread, as it has among those already running in lightweight, minimally cushioned shoes designed to be just a step away from running barefoot.