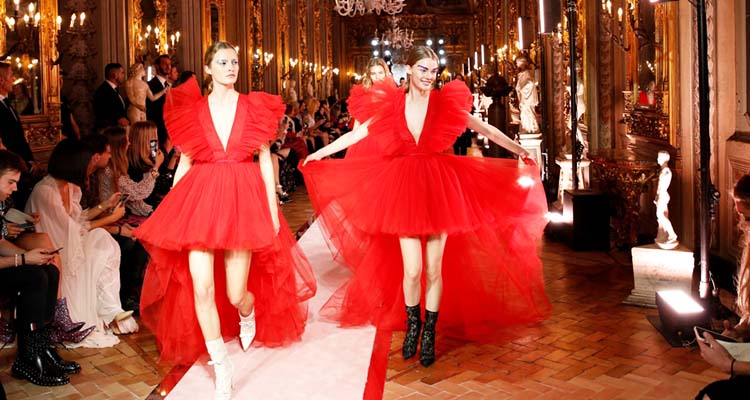 It was all glitz and glamour in Rome when Italian designer Giambattista Valli presented his new collection for Sweden's H&M in Rome's sumptuous 17th-century Palazzo Doria Pamphilj.

"It’s indeed a collaboration rather out of the ordinary.

Against a backdrop of chandeliered gilded salons, models including Kendall Jenner swept down a pink catwalk in an array of feminine and glamorous gowns, a staple for Paris-based Valli, whose designs are often seen on the red carpet.

A model walks down the catwalk wearing a hooded black jumper with gold decorations and a white logo.

Models on the catwalk at the end of the show to present creations of designer Giambattista Valli.

A model wears a black veiled fascinator with bow and a sleeveless white silk adorned top.

A model walks on catwalk wearing an above-the-knee dress during fashion show.

A model walks on catwalk wearing a red tulle dress during fashion show to present creations of designer Giambattista Valli.

Voluminous tiered frocks came in pink, red or black tulle and were strapless, one-shouldered or asymmetric: short at the front and long at the back.

The looks were accessorised with embroidered fishnet tights or long white socks printed with hearts just below the knee. 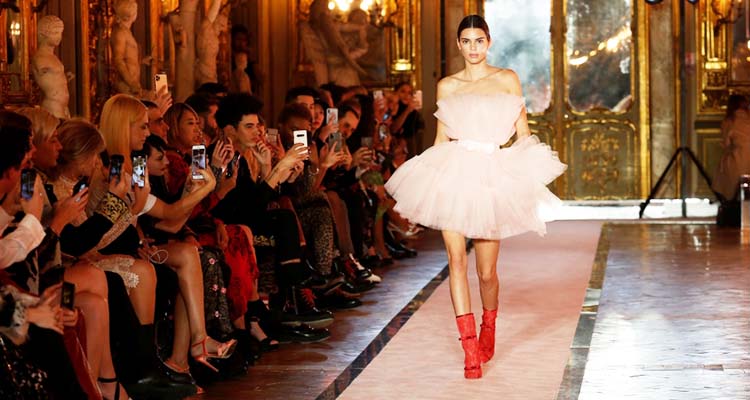 "It’s indeed a collaboration rather out of the ordinary," fashion publication Vogue quoted Valli as saying on its website.

"I imagined the story of a Roman girl who after travelling the world - to LA, Berlin, India, London, wherever - comes back here to spend a fun weekend with her crowd of talented, artsy friends." 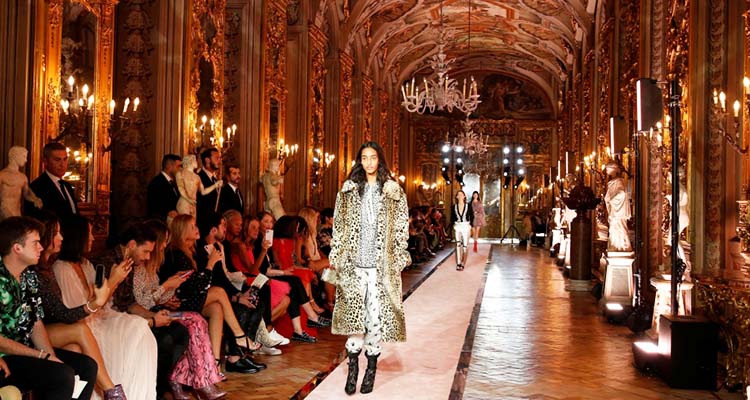 The Rome-born designer, who shows his own ready-to-wear and haute couture collections in Paris, also presented menswear creations in the collaboration, including sparkling sequined trouser suits.

The Swedish budget label has become known for its designer collaborations, which have previously included Balmain, Versace and Karl Lagerfeld.