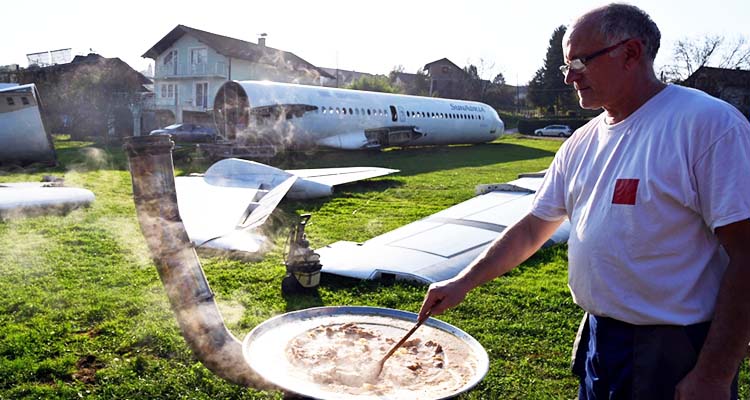 A man prepares food near the body, wings and tail of a SunAdria Holland Fokker-100 aircraft.

In the middle of a tiny village in northwestern Croatia lies a Fokker-100 plane parked in a local resident's garden, but after 23 years of travelling the world, the aircraft will not be going anywhere.

Plane enthusiast Robert Sedlar, 50, and his friends are finding a new use for the aircraft by transforming it into a tourist attraction where it will be rented out for all sorts of events and parties. 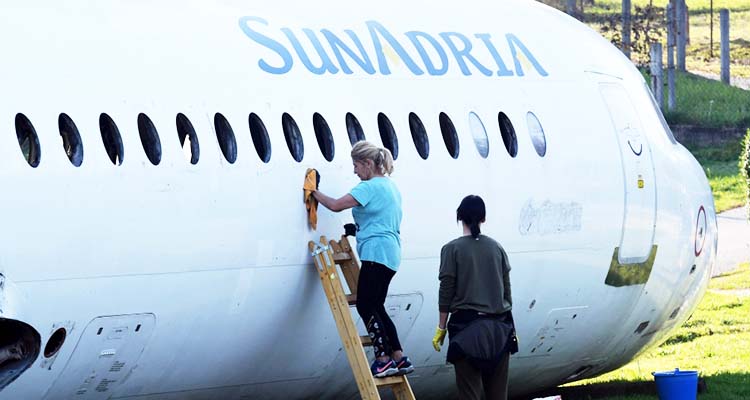 Cars slow down to view the scene that resembles an accident site in the picturesque hilly village of Strmec Stubicki.

The Dutch jet, made in 1991 and retired in 2014, was used by companies in Indonesia, Mexico, Brazil and Croatia. 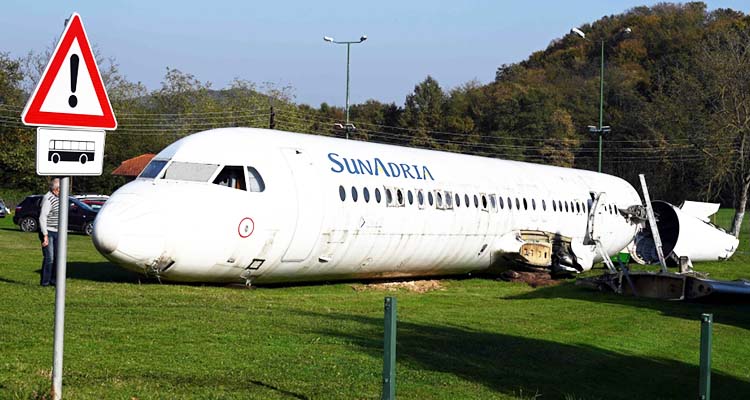 The body of a SunAdria Holland Fokker-100 aircraft in the garden of a Croatian citizen in Strmec Stubicki.

Sedlar, a construction engineer, did not want to disclose the amount he paid for the aircraft.

He said he plans to rent it for events such as weddings and children's parties. 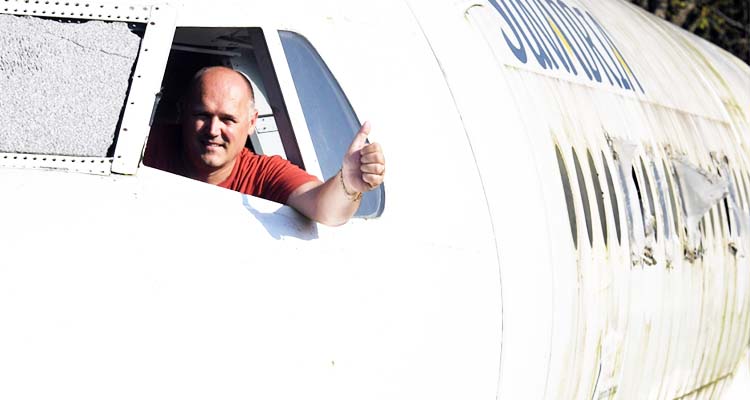 Robert Sedlar put this disused aircraft which was made in 1991 in his garden with the idea to restore it.

He told AFP that "parking" a plane next to his house in the village of 760 inhabitants was an "idea from his childhood, born out of a love for planes".

The aircraft, built to carry 100 passengers, is currently stripped of all seats, engines and cockpit equipment. All that remains are the throttles. 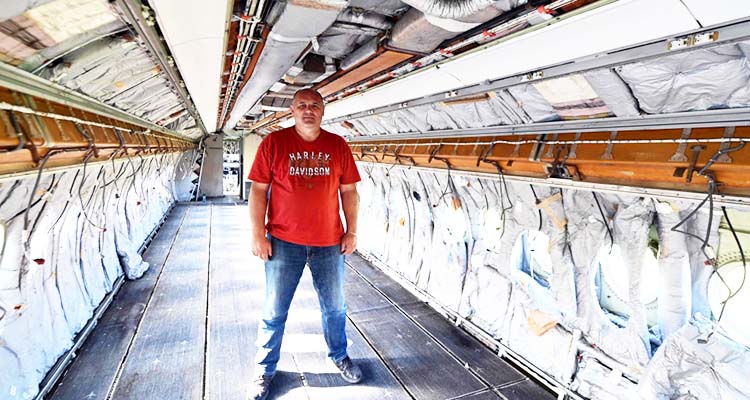 Getting the plane from Osijek airport, 340 kilometres (211 miles) from the village was a big operation.

"Because of its exceptional dimensions, a span of 28 metres and a length of 34.5 metres (91 by 113 feet), we had to break it down into several pieces to transport it," Sedlar said.

It took six weekends to break down the plane and five days to transport it. 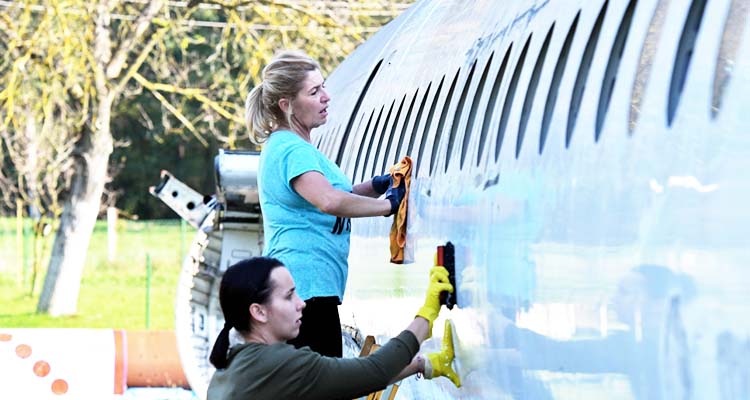 Robert Sedlar planned to restore his unused aircraft and develop it into a touristic attraction.

"Now, we reconstruct it, we will repair the damaged parts of the hull, before painting it... In the cockpit, we will put two flight simulators," he said.

The plane enthusiast has set March 8 as the opening date, the same day as his 51st birthday and International Women's Day.