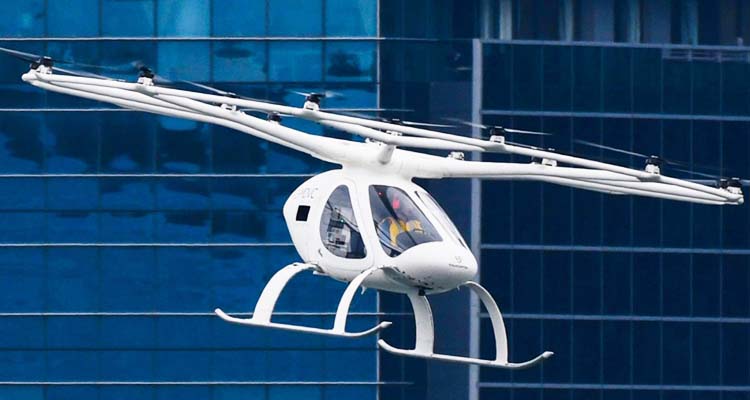 A Volocopter unmanned air taxi transport flies over Marina Bay during a test flight with a safety pilot.

A drone-like flying taxi whirred over Singapore's waterfront Tuesday, with the firm behind the test hoping the aircraft will revolutionise travel in traffic-choked Asian cities.

The 18 propeller vehicle, developed by German firm Volocopter and with a pilot onboard for safety during the test flight, took off from a promontory and flew for about two minutes and 30 seconds around the Marina Bay district.

"It's something that we think will change the dynamic of how people move around cities.

Heavy rains in the morning almost delayed the flight, but the skies cleared in time for the battery-operated, two-seater taxi to quietly fly past skyscrapers.

While the hover-taxis  resembling small helicopters but powered by drone-like technology are autonomous, there was a pilot inside during the test for safety reasons. 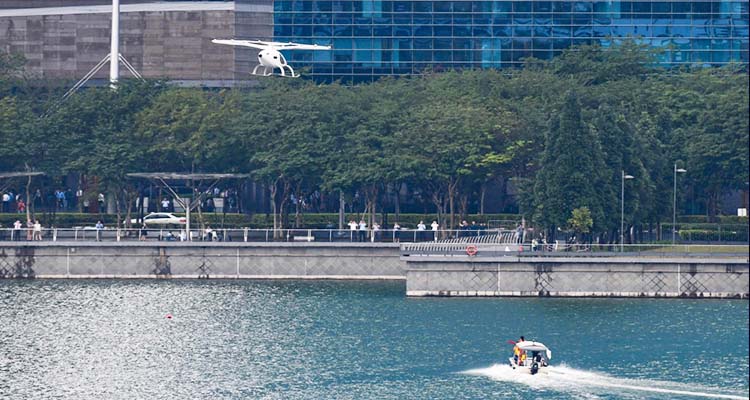 Heavy rains in the morning almost delayed the flight, but the skies cleared in time to quietly fly past skyscrapers.

Volocopter has already conducted tests in Dubai, Helsinki, Germany and Las Vegas but the Singapore trial is the company's first in the heart of a city.

The orderly metropolis is likely to be among the first to get the service, with a commercial rollout expected in two to four years, and Volocopter then hopes to introduce the vehicles in traffic-clogged Asian cities.

"We aim to bring it to Jakarta and Manila and Bangkok because they have a great need for it, India and China (too)," Volocopter chief executive Florian Reuter told reporters.

Sprawling cities like Jakarta and Manila are notorious for monster traffic jams, which leave millions of commuters facing long journeys, and can delay executives trying to dash to airports or reach important meetings on time. 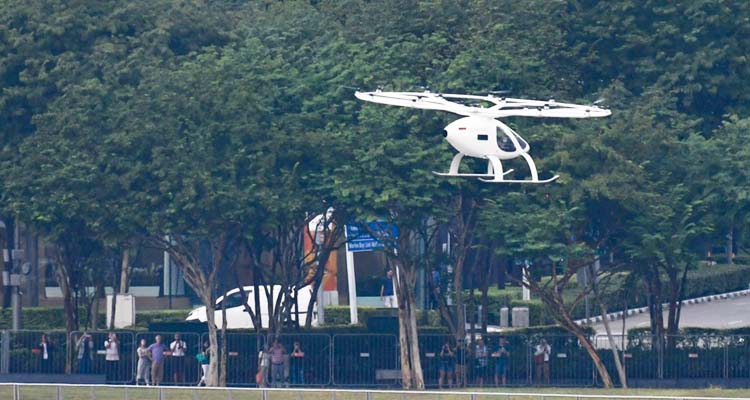 Singapore has become a centre for testing self-driving vehicles.

In Singapore, the flying taxi will be used to provide quick travel on specific routes such as from Marina Bay to Sentosa island, home to a number of tourist attractions and luxury hotels.

Earlier this week in the city-state, Volocopter unveiled the "VoloPort", a flying taxi port at the water's edge with a landing and takeoff pad as well as a passenger terminal.

The port was not used for Tuesday's test flight because it has not been certified yet.

Duncan Walker, managing director of Skyports, a key partner of Volocopter, said the air taxis will not be marketed as a replacement but as another transport option. 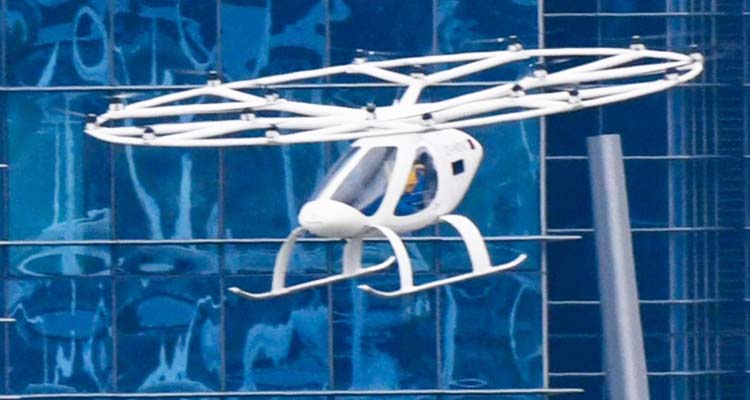 In Singapore, the flying taxi will be used to provide quick travel on specific routes.

Volocopter which Chinese car-maker Geely has a stake in faces some competition, including from Uber and Kitty Hawk, a firm backed by Google co-founder Larry Page.

Singapore has become a centre for testing self-driving vehicles, and earlier this year conducted a public trial of autonomous buses booked through an app.

The city-state is currently hosting a major transport technology conference. 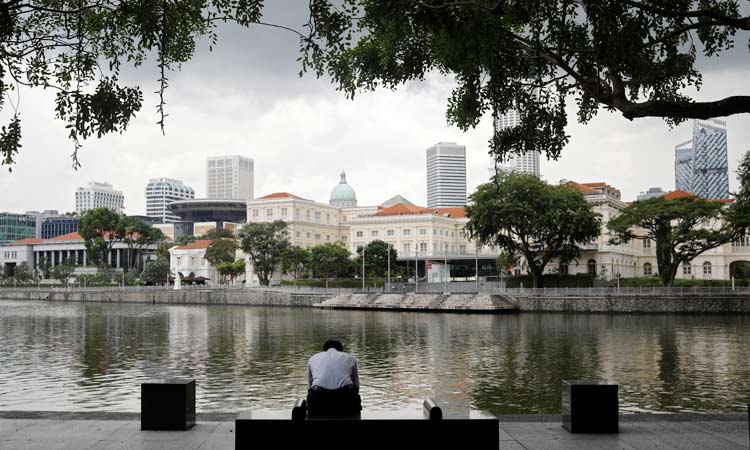 Singapore to open business travel bubble for all countries from January

The first travellers will be able to arrive from the second half of January through the new lane, which will be open to those who are coming for short-term stays of up to 14 days, the ministry of trade and industry said in a statement.