Honey crisp: A new variety of apple is coming to grocery stores - GulfToday

Honey crisp: A new variety of apple is coming to grocery stores 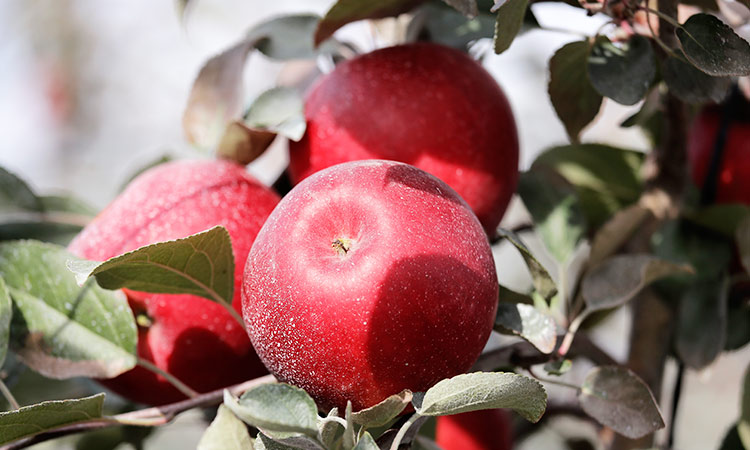 The Cosmic Crisp is expected to be a game changer in the apple industry. AP

They call it the Cosmic Crisp. It's not a video game, a superhero or the title of a Grateful Dead song.

It's a new variety of apple, coming to a grocery store near you Dec. 1

Cosmic Crisp is the first apple ever bred in Washington, which grows the majority of the United States' apples. It's expected to be a game changer.

"I've never seen an apple prettier in the orchard than these things are, it's an exceptionally good "eating apple. It's ultra-crisp, very juicy and has a good balance of sweetness and tartness.

Already, growers have planted 12 million Cosmic Crisp apple trees, a sign of confidence in the new variety. While only 450,000 40-pound (18-kilogram) boxes will be available for sale this year that will jump to more than 2 million boxes in 2020 and more than 21 million by 2026. 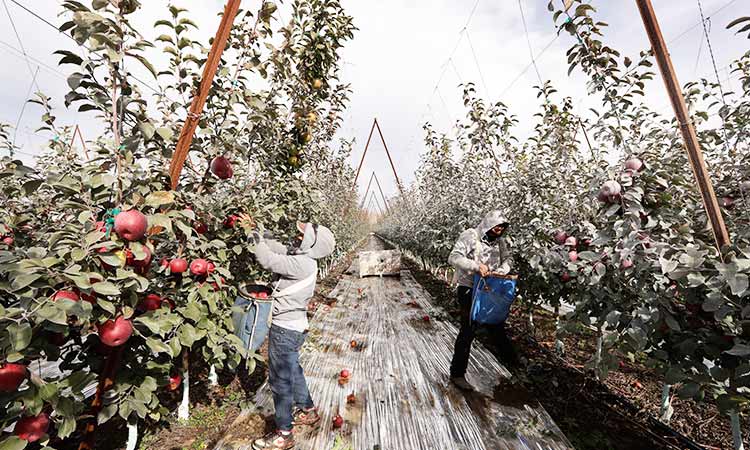 The apple variety was developed by Washington State University. Washington growers, who paid for the research, will have the exclusive right to sell it for the first 10 years.

The apple is called Cosmic Crisp because of the bright yellowish dots on its skin, which look like distant stars.

"I've never seen an apple prettier in the orchard than these things are," said Aaron Clark of Yakima, whose family owns several orchards in central Washington and has planted 80 acres of Cosmic Crisps.

The new variety keeps for a long time in storage and in the refrigerator, said Kate Evans, who runs the breeding program at Washington State University.

And it's an exceptionally good "eating apple," she said. "It's ultra-crisp, very juicy and has a good balance of sweetness and tartness." 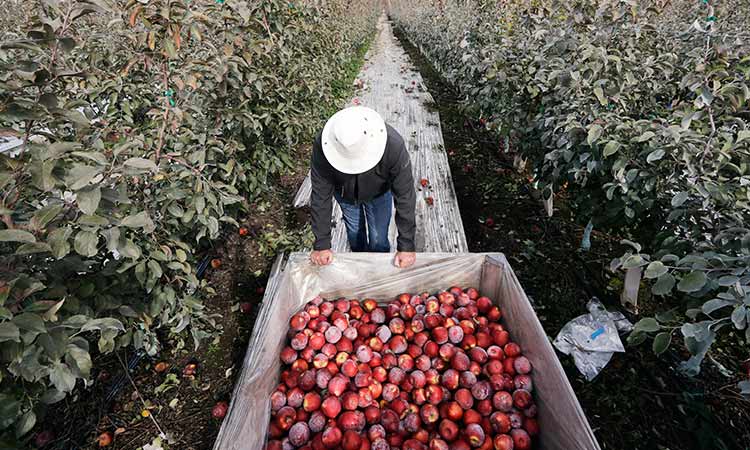 Aaron Clark peers down at a bin of just-picked Cosmic Crisp apples. AP

Cosmic Crisps are a cross between the disease-resistant Enterprise and the popular, crunchy Honeycrisp varieties. The Honeycrisp, nicknamed "Moneycrisp" by some growers, was the latest apple to spark a big buzz in the United States when it was introduced a couple of decades ago. It was developed by the University of Minnesota.

"This apple (Cosmic Crisp) has a good opportunity to be a hit with a lot of people," said Clark, a vice president of Price Cold Storage, a company with orchards and fruit warehouses throughout central Washington. "It better be, because we are going to have a lot of them." 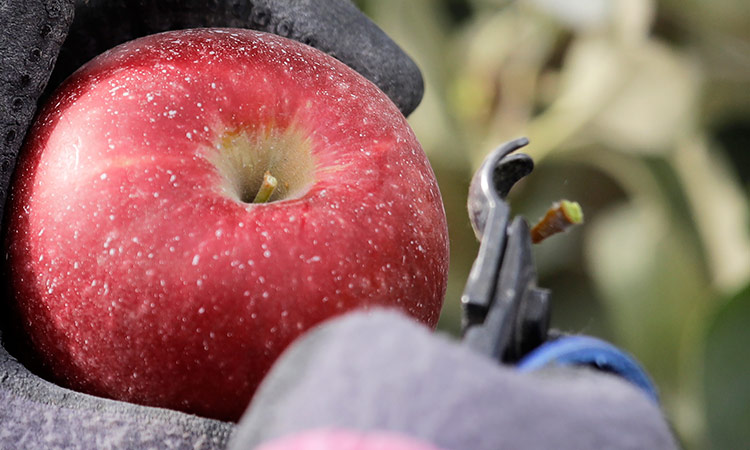 A worker snips off the hard stem on a Cosmic Crisp apple. AP

With so much success, why was a new apple variety needed? 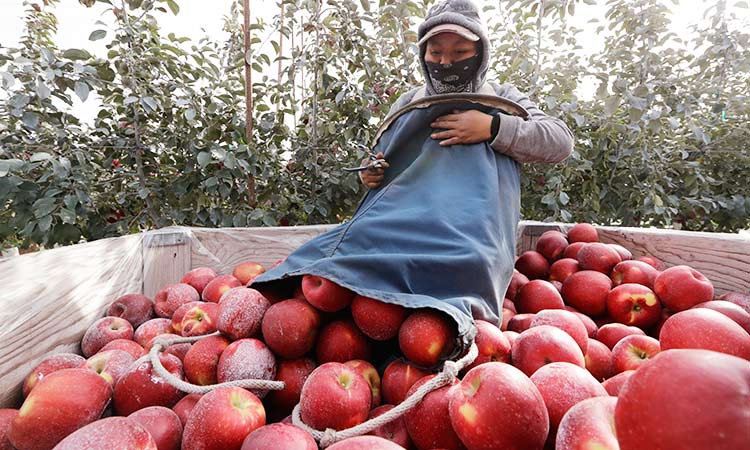 Washington growers, who had watched the market share for sometimes mushy Red Delicious Apples plummet over time, were looking to replicate the success of the Honeycrisp, Adams said.

"It's going to shake things up in a great way," Adams said. "We're expecting it to increase in volume rapidly."

Adams could not speculate on how much Cosmic Crisp apples will cost per pound. 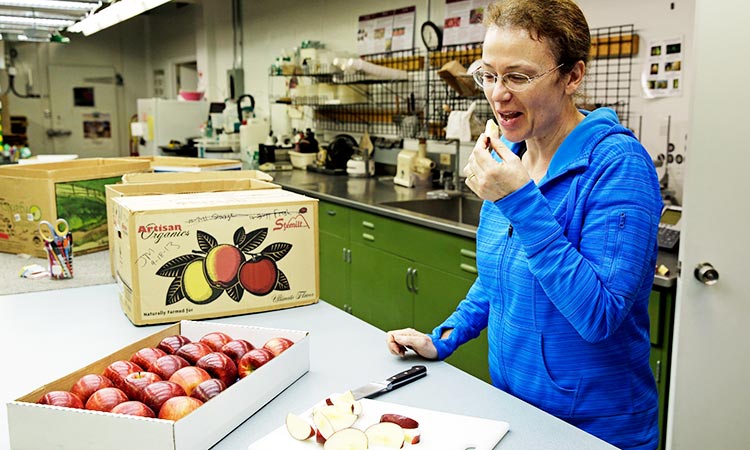 Kate Evans, a scientist, tastes a slice of a Cosmic Crisp apple. AP

Remarkably, this is the first Apple variety developed in Washington State, which has been known for apples for more than a century.

Scientists at WSU's Tree Fruit Research Center in Wenatchee spent 20 years breeding the desired apple tree seeds. In addition to helping pay for that research, apple growers need a license to buy the trees and pay a royalty on sales of the fruit.

The trees take three years to produce a crop, said Kathryn Grandy, a member of the team marketing the apple.

"The goal, in my opinion, is to get more consumers eating apples," she said. "Ultimately that is the goal of any plant breeder."