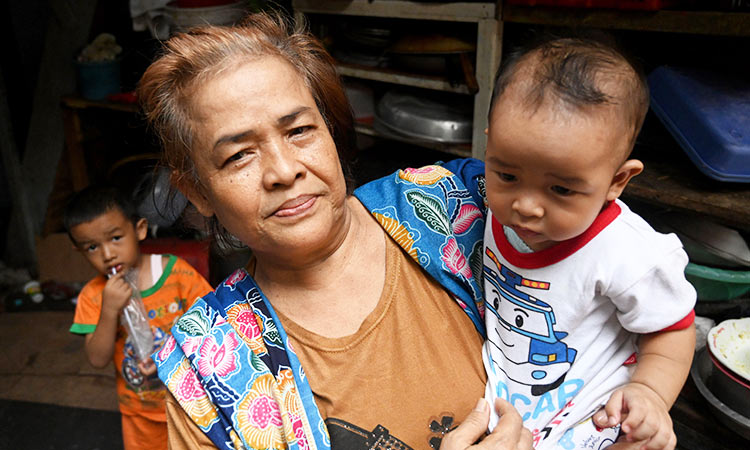 A woman with her grandchildren at a neighbourhood in Jakarta. File photo/AFP

The Philippines, Indonesia and Malaysia have booming economies and rising standards of living, yet many working parents do not have the time, money or awareness to steer clear of food hurting their kids.

"Parents believe that filling their children's stomach is the most important thing. They don't really think about an adequate intake of protein, calcium or fibre.

In those three nations, an average of 40 percent of children aged five and below are malnourished, higher than the global average of one-in-three, according to a report out Tuesday from UNICEF, the UN children's agency.

"Parents believe that filling their children's stomach is the most important thing. They don't really think about an adequate intake of protein, calcium or fibre," Hasbullah Thabrany, a public health expert in Indonesia, told AFP. 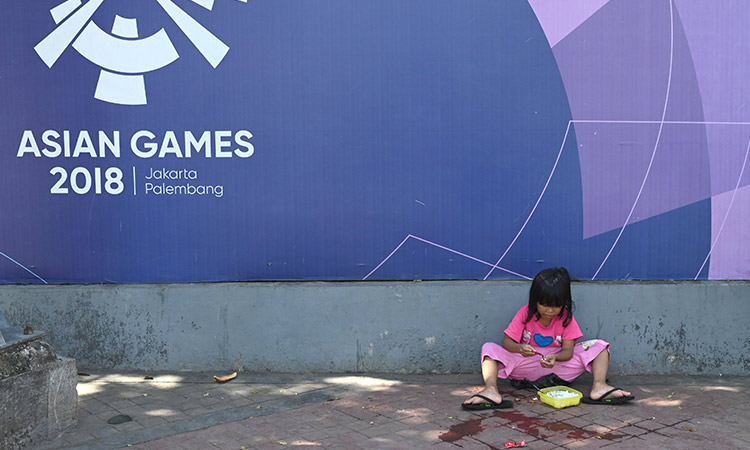 A girl eating her lunch besides a banner for the 2018 Asian Games in Jakarta. AFP

UNICEF said the harm done to children is both a symptom of past deprivation and a predictor of future poverty, while iron deficiency impairs a child's ability to learn and raises a woman's risk of death during or shortly after childbirth.

To give some sense of scale to the problem, Indonesia had 24.4 million children under five last year, while the Philippines had 11 million and Malaysia 2.6 million, UNICEF data show.

The noodles, which cost as little as 23 US cents a packet in Manila, are low on essential nutrients and micronutrients like iron and are also protein-deficient while having high fat and salt content, Mutunga added. 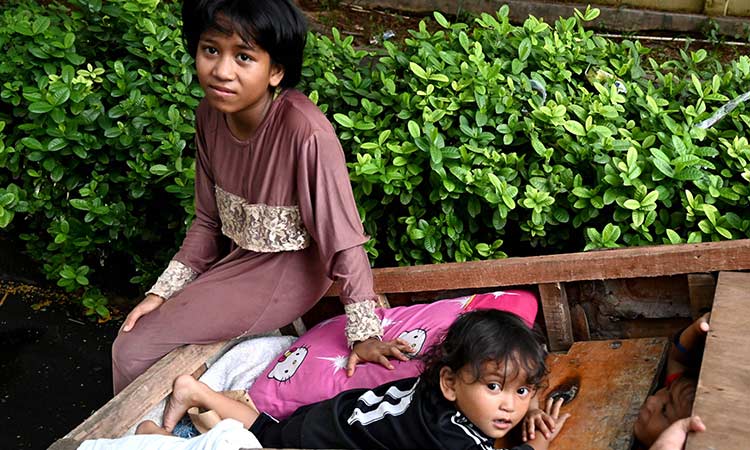 Children playing in a cart along a street in Jakarta. AFP

Indonesia was the world's second-biggest consumer of instant noodles, behind China, with 12.5 billion servings in 2018, according to the World Instant Noodles Association.

The figure is more than the total consumed by India and Japan put together.

Nutrient-rich fruits, vegetables, eggs, dairy, fish and meat are disappearing from diets as the rural population moves to the cities in search of jobs, the UNICEF report said. 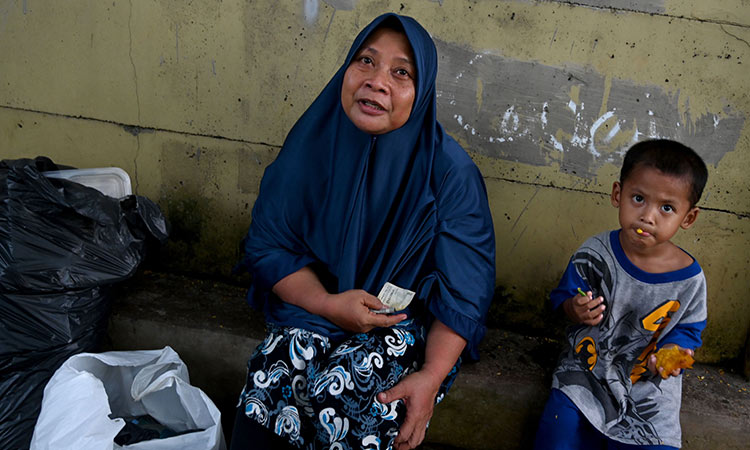 A woman sits with her child as she sells packets of tissues along a pavement in Jakarta. AFP

Though the Philippines, Indonesia and Malaysia are all considered middle-income countries by World Bank measures, tens of millions of their people struggle to make enough money to live.

"Poverty is the key issue," said T. Jayabalan, a public health expert in Malaysia, adding that households where both parents work need quickly made meals.

Low-income households in Malaysia depend largely on ready-made noodles, sweet potatoes and soya-based products as their major meals, he said.

Sugar-rich biscuits, beverages and fast food also pose problems in these countries, according to experts.

Rolling back the influence instant noddles have on the daily lives, and health, of people in southeast Asia will likely require government intervention, they said.

"There is massive distribution. They (instant noodles) are available everywhere, even in the most remote places."