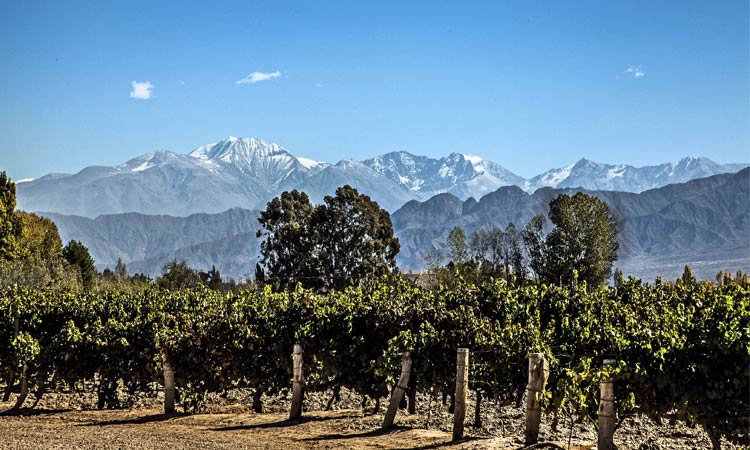 The snow-capped Andes Mountains rise above the vineyards at Vistalba in Mendoza, Argentina. Stever Haggerty/TNS

Argentina’s grape-making capital Mendoza (the name of the city and the province) is a welcome indulgence at any time of year.

Dozens of bodegas (cellars) open their cellar doors year round to offer up tastings, paired lunches or picnics among vineyards, many in the shadow of the Andes’ handsome peaks.

Besides its grape-making heritage, Mendoza — officially one of the world’s great grape capitals — has also played its part in Argentina’s history: General José de San Martín led his Army of the Andes across the mountain range from Uco Valley, helping Chile to gain independence from the Spanish in 1817.

This small city bustles with activity except during lunchtimes, when it winds down for a siesta.

It makes a good base for a night before venturing out into proper country, between 20 and 90 minutes’ drive from the city depending where you’re headed.

Enjoy leafy squares such as Plaza España or Plaza Chile, or check out Parque General San Martín, named after the aforementioned military hero.

The province divides up into five main grape-producing regions: Zona Este and Maipú, which both house centenary bodegas; Luján de Cuyo, known as malbec heartland; Uco Valley, which is closest to the Andes and is the current hub for innovation; and San Rafael, a three-hour drive south of the provincial capital.

Guided tours and tastings across all price points are well organised, and most require reservations; roll up unannounced and you might not make it past security at the front gate.

You can also try a bodega-and-bike tour in Luján de Cuyo or Uco Valley with Mendoza Bike Tour.

With its proximity to the Andes, Mendoza has plenty of outdoor activities, from white-water rafting on Río Mendoza, to being on the piste at top ski resort Las Leñas between July and September.

There are also equestrian activities such as dawn horseback rides or, for the more advanced, Andean crossings. Ambitious riders should book a five-day Andes crossing with MacDermott’s Argentina.

In Luján de Cuyo, pitch up at Swiss-run Entre Cielos, which added eight stunning vineyard lofts with outdoor living space to its collection of eclectic suites in January.

It also houses an award-winning hammam and excellent restaurant, and hosts weekly barbecues. Doubles from $470, B&B.

Offering peace and tranquillity, it’s a great place to recharge batteries and drink in the views of the valley. Doubles from $200, B&B.

For a night in the city, NH Mendoza Cordillera is perfectly placed thanks to its central downtown location a stone’s throw from Plaza Independencia.

Friendly staff are very helpful in helping guests plan their next moves around Mendoza. Doubles from $65, room only.

In Mendoza capital, chef Pablo Del Río at Siete Cocinas focuses on Mendoza ingredients such as kid goat that’s slow-cooked in a clay oven, teamed with embers-roasted onions and pumpkin.

For a delectable paired tasting menu accompanied by vineyards within touching distance, book lunch at Fogón at Bodega Lagarde in Vistalba.

Work up an appetite visiting the centenary cellar before diving into six courses such as organic tomato textures or flame-grilled steak.

Touring bodegas in Luján de Cuyo but on a budget? Make a pit stop at Ezequiel’s food truck on Calle Cobos and Ruta 7 in Ugarteche, from which he serves up enormous sandwiches stuffed with hand-cured Iberian-style meat and finished with a little olive oil.

Pull up a plastic chair or take away.

The Mercado Central (Las Heras 279) is an authentic food market where Mendocinos do their daily shopping and you can pick up souvenirs or gourmet gifts.

Note that cellars usually sell their own vintages cheaper on site.

Mendoza is home to an array of architecturally dazzling cellars, such as O Fournier in La Consulta (easily confused with a nuclear bunker) and Catena Zapata (reminiscent of a Mayan pyramid) in Agrelo.

Zuccardi Valle de Uco is both awe-inspiring and relevant and was also named The World’s Best Vineyard in July.

Thousands of tonnes of rock were removed to make way for vineyards; the roof blends in with the Andean foothills opposite. 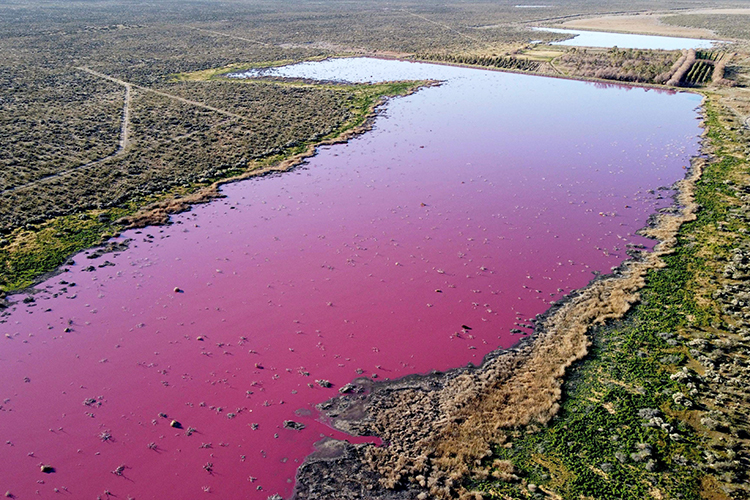