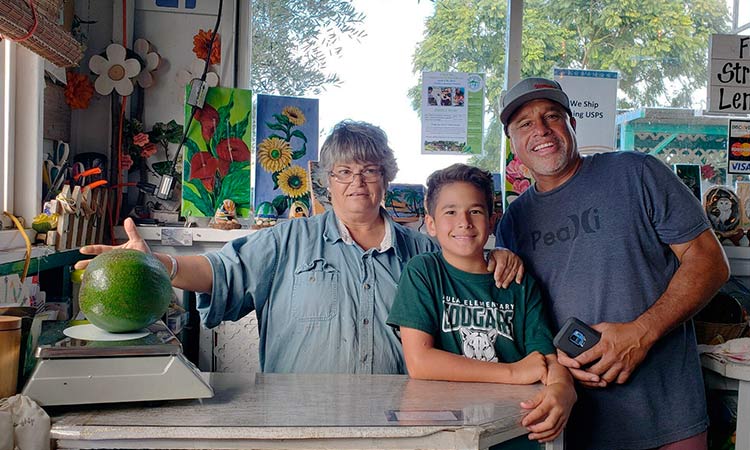 Mark and Juliane Pokini and their son in their kitchen at Kula Country Farms in Kula, Hawaii. AP

A Hawaii family has won a place with the Guinness World Records for the world's heaviest avocado.

The Pokini family from the island of Maui received the Guinness certificate this week for the avocado weighing 5.6 pounds (2.54 kilograms), The Maui News reported Thursday.

The average avocado weighs about 6 ounces (170 grams), according to Guinness officials. 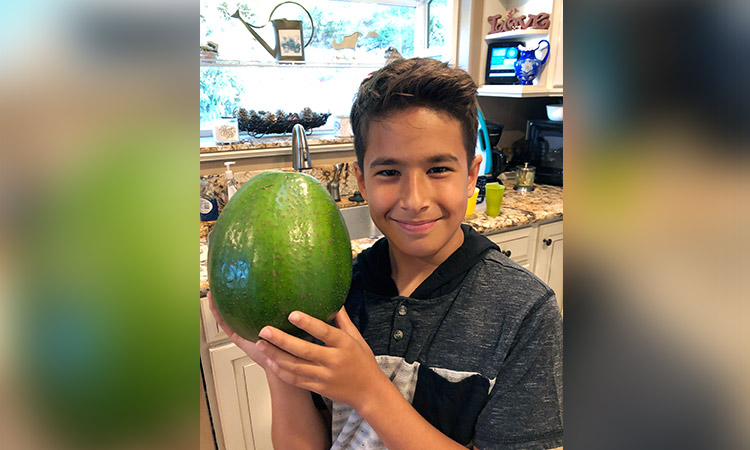 The Pokini family's avocado tree is more than 10 years old and 20 feet (6.1 meters) tall. Mark Pokini planted it when his son was born, using a seed from his brother-in-law's tree on Oahu island, he said.

Mark and Juliane Pokini and their son, Loihi, applied in December for the Guinness recognition involving an arduous verification process by the company known as the chronicler of the world's record achievements.

The family in 2018 entered another avocado, but it did not meet all the elements of the Guinness verification process requiring input from a certified horticulturalist, two forms completed by witnesses, a state-certified scale, photographs, video and other documentation. 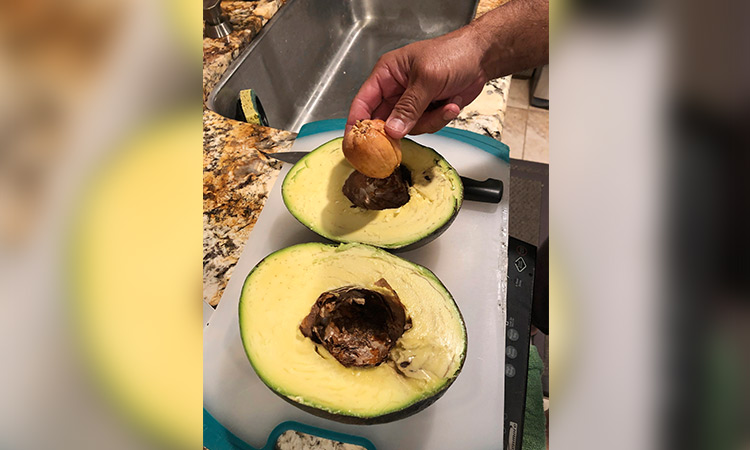 A giant avocado being cut to make into guacamole. AP

For the second attempt, the family gathered a team and the right tools ahead of time as they watched the growth of what became the record fruit.

They did not water or fertilize the tree, deciding to "kind of just leave it alone," Juliane Pokini said.

Winning was emotional, she said.

"We were excited," Juliane Pokini said. "But at the same time, we were like, finally. It was such a long wait."

The prize avocado was put to good use when the family "made a whole bunch of guacamole" to share with relatives and friends, she said.