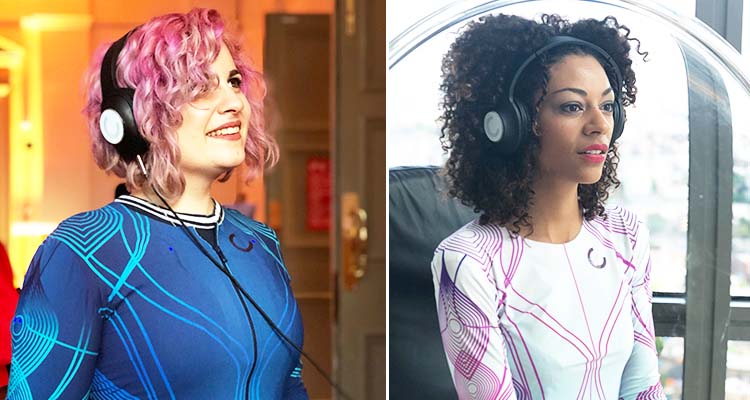 The "Sound Shirt" is created by London-based fashion company CuteCircuit.

Twin sisters Hermon and Heroda Berhane love dancing but can't hear the music because they're both deaf, so the invention of a jacket with sensors that enables them to feel the different sounds has transformed their nights out in London clubs.

The "Sound Shirt", created by London-based fashion company CuteCircuit, has 16 sensors embedded in its fabric, so wearers can feel violins on their arms, for example, while drums beat on their backs.

The Berhane twins, who lost their hearing at a young age, say modelling the shirts has given them a brand new experience.

"It's almost like feeling the depth of the music," says Hermon. "It just feels as though we can move along with it." 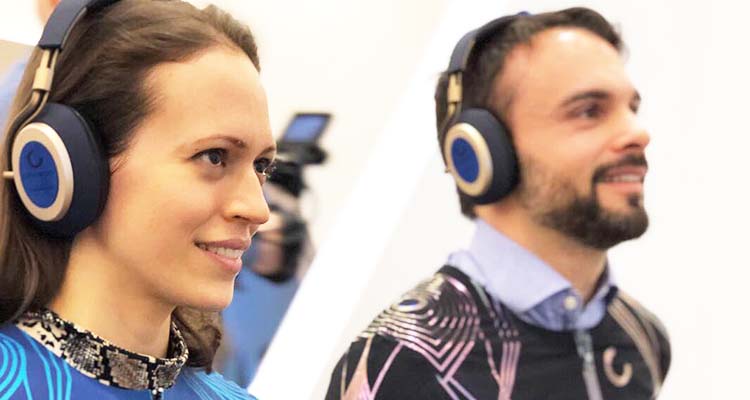 The shirts allow deaf people to feel music through sensations.

"Inside the shirt - that by the way is completely textiles, there are no wires inside, so we're only using smart fabrics - we have a combination of microelectronics ... very thin and flexible, and conductive fabrics," she said.

"All these little electronic motors are connected with these conductive fabrics so that the garment is soft and stretchable."

Sound Shirts don't come cheap, as they are expected to go on sale at more than 3,000 pounds ($3,673), but Heroda believes it's a price worth paying for deaf people who enjoy music as much as she and her sister do.

"I think it could definitely change our lives," she said.