Use fresh or dried noodles for this flavorful shrimp dish - GulfToday

Use fresh or dried noodles for this flavourful shrimp dish 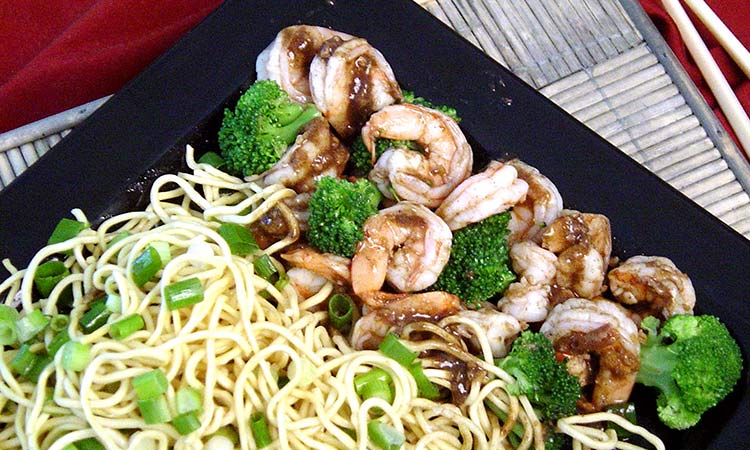 Chinese five-spice powder is used in many Asian dishes and includes cinnamon, cloves, fennel seed, star anise and Szechuan peppercorns. It can be found in the spice section of the supermarket. It can also be used to flavor cooked rice or sprinkle on cooked vegetables.

Keep a bag of peeled, frozen shrimp in the freezer for quick dinners. They only take about 5 minutes to defrost in a bowl of cold water.

White vinegar diluted with a little water can be used instead of rice vinegar.

A wok or skillet can be used to make the shrimp.

The quickest way to slice scallions is to snip them with a scissors.

Place water on to boil for noodles.

Bring a large saucepan with 3 to 4 quarts of water to a boil. Add the fresh noodles. Bring back to a boil. Drain noodles leaving about 2 tablespoons water in the saucepan. For dried noodles, cook for 3 to 4 minutes before draining. Return noodles to saucepan with the reserved water. Add sesame oil. Add salt and pepper to taste. Toss well. Place on two plates and sprinkle with scallions.