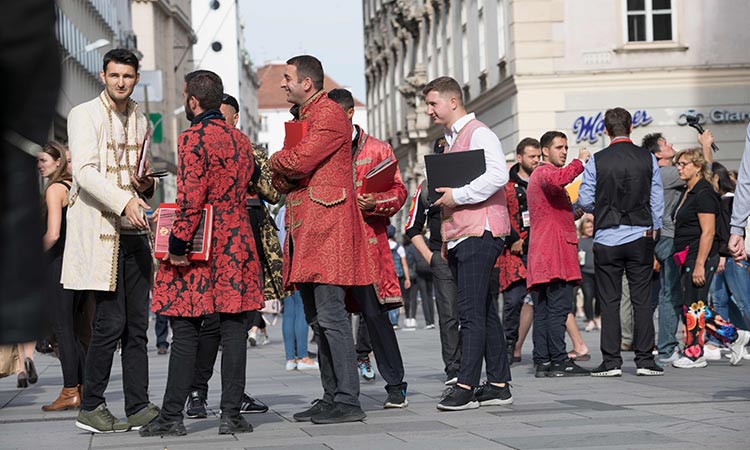 A change of tune is coming for one of the most ubiquitous sights in Vienna's tourist hotspots: the groups of men clad in Mozart-inspired get-up selling tickets for classical music concerts.

After complaints in the areas where the "Mozarts" congregate, Vienna's city authorities say that in future they will have to apply for permits for their activities, which have become more visible in recent years. 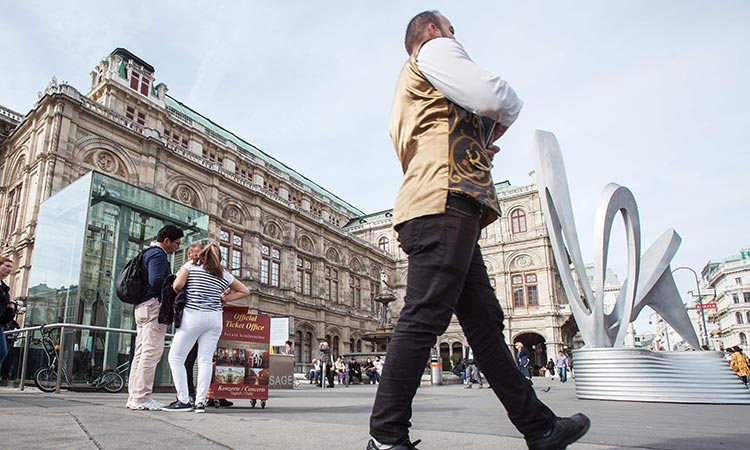 A street vendor tries to sell tickets for the Mozart and Strauss concerts. AFP

Earlier this year the dean of Vienna's famed St Stephen's Cathedral, Toni Faber, complained that more than 40 such ticket sellers were often in action near the entrance to the building and posed a "nuisance" for visitors. 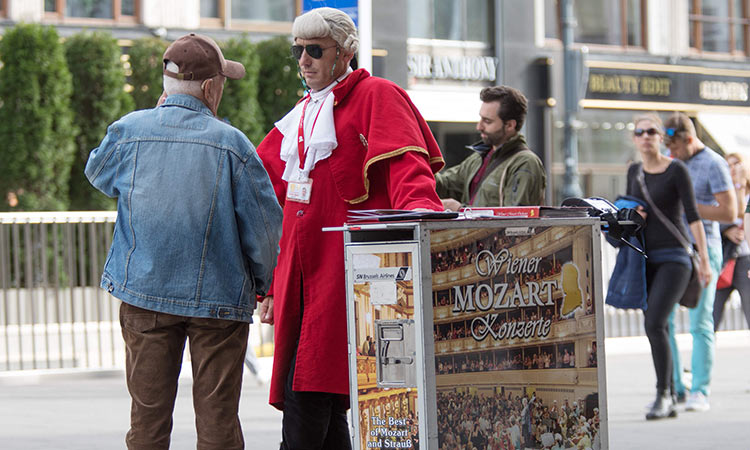 A street vendor tries to sell tickets in front of the the Vienna State Opera. AFP

The vendors — adorned in various combinations of white Baroque wigs, velvet jackets and buckled shoes — are also a common sight in front of the city's Opera house and former imperial palace.

Now they will have to apply for permits from the authorities, which will only be granted in specific areas. 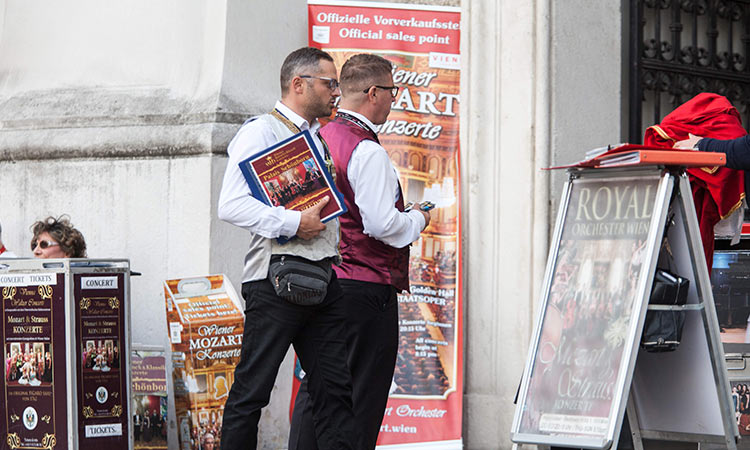 The street vendors will need an official authorization. AFP

The city council department responsible says that the areas will be defined in consultation with the businesses and districts concerned.

Most of the vendors work for concert organisers who aren't as well known as the illustrious venues that have made Vienna's reputation in the world of classical music.

Complaints from some tourists about the quality of such concerts are also thought to have played a role in the decision to regulate the vendors more tightly.