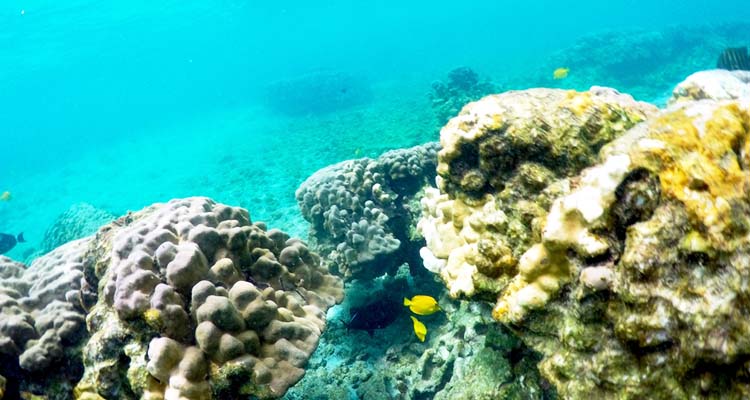 Bleaching coral in Kahala'u Bay in Kailua-Kona in Hawaii is seen.

At the edge of an ancient lava flow where jagged black rocks meet the Pacific, small off-the-grid homes overlook the calm blue waters of Papa Bay on Hawaii's Big Island - no tourists or hotels in sight. Here, one of the islands' most abundant and vibrant coral reefs thrives just below the surface.

Yet even this remote shoreline far from the impacts of chemical sunscreen, trampling feet and industrial wastewater is showing early signs of what's expected to be a catastrophic season for coral in Hawaii. 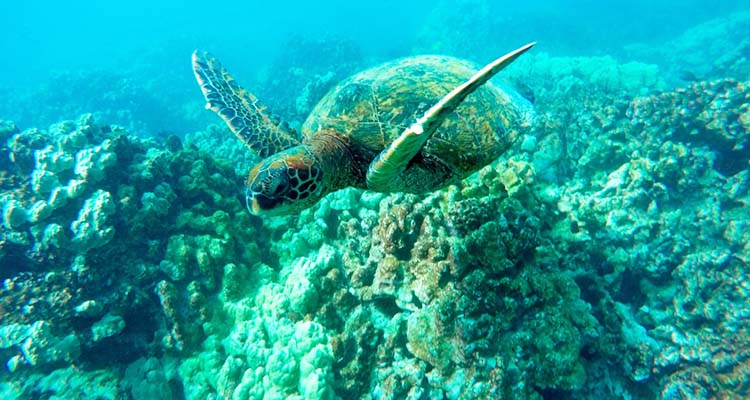 A green sea turtle swims near coral in a bay on the west coast of the Big Island near Captain Cook, Hawaii.

Just four years after a major marine heat wave killed nearly half of this coastline's coral, federal researchers are predicting another round of hot water will cause some of the worst coral bleaching the region has ever seen. 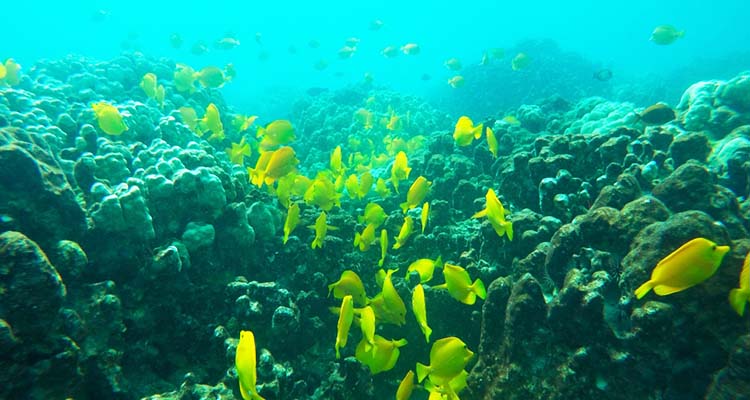 Fishes are seen near the coral in a bay on the west coast of the Big Island near Captain Cook, Hawaii.

"In 2015, we hit temperatures that we've never recorded ever in Hawaii," said Jamison Gove, an oceanographer with the National Oceanic and Atmospheric Administration. "What is really important - or alarming, probably more appropriately - about this event is that we've been tracking above where we were at this time in 2015." 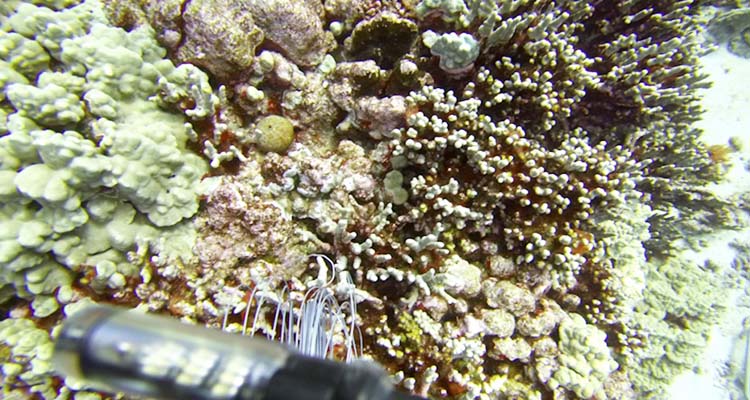 Researchers using high-tech equipment to monitor Hawaii's reefs are seeing early signs of bleaching in Papa Bay and elsewhere caused by a marine heat wave that has sent temperatures soaring to record highs for months. 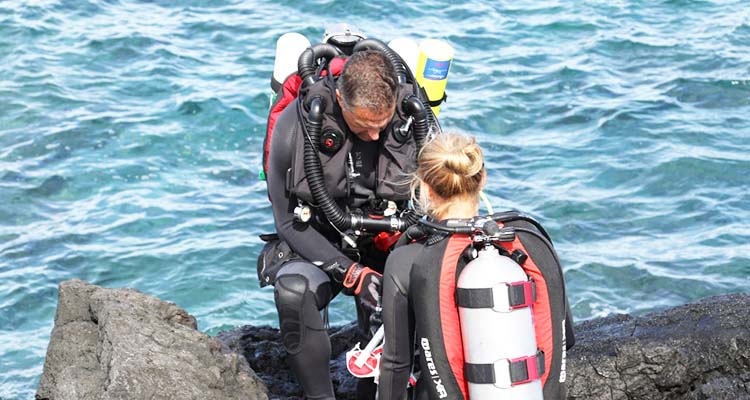 Researchers prepare to dive on a coral reef on the west coast of the Big Island near Captain Cook, Hawaii.

June, July and parts of August all experienced the hottest ocean temperatures

According to NOAA, the heat wave's causes include a persistent low-pressure weather pattern between Hawaii and Alaska that has weakened winds that otherwise might mix and cool surface waters across much of the North Pacific.