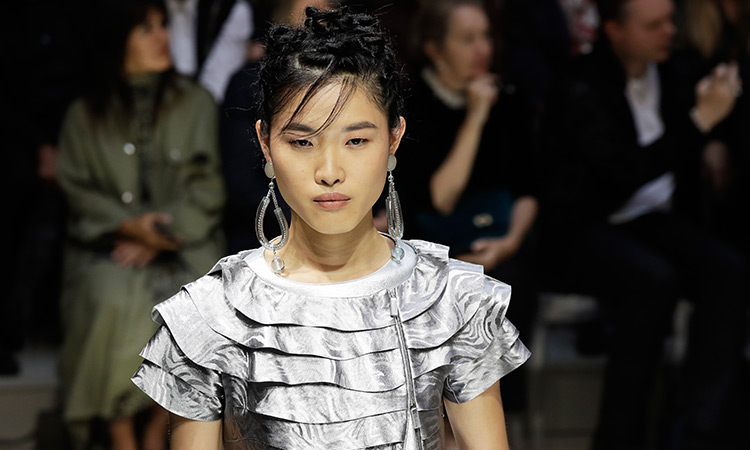 A model wears a creation from the Giorgio Armani Spring-Summer 2020 collection. AP

Giorgio Armani paid tribute to nature in the spring collection for his main line on Saturday, using earthy tones, floral prints and intricate embroideries in the Milan Fashion Week presentation.

The 85-year-old designer, affectionately called "King Giorgio" in his native Italy, kicked off the "Earth" Spring/Summer 2020 show with his trademark trouser suits, presenting short jackets with round collars and shoulders. 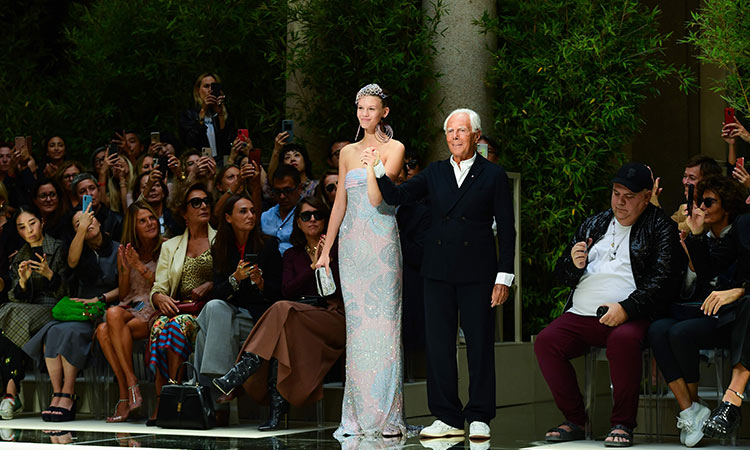 In an intimate courtyard setting, models then strutted in slim or loose trousers, sometimes silky with zips, flowing or slit skirts and loose organza parkas that had bows at the front.

The initial earthy tones in brown, dark blue and grey lightened to paler blues seen on suits, waistcoats and sleeveless tops, and the collection ended in light pink and grey shimmering evening wear. 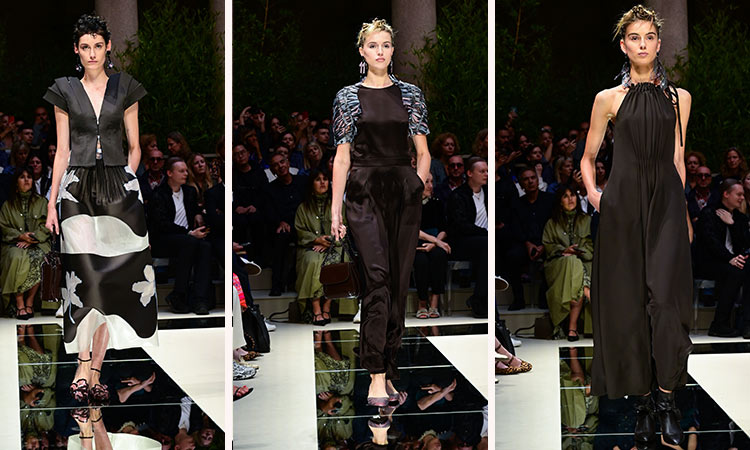 "According to legend, all that remained of the nymph Echo was her voice: she was immaterial," Armani said in show notes.

"It is a metaphor of femininity but also the representation of a gradual lightening and a link with nature's elements, filtered down through creativity and imagination." 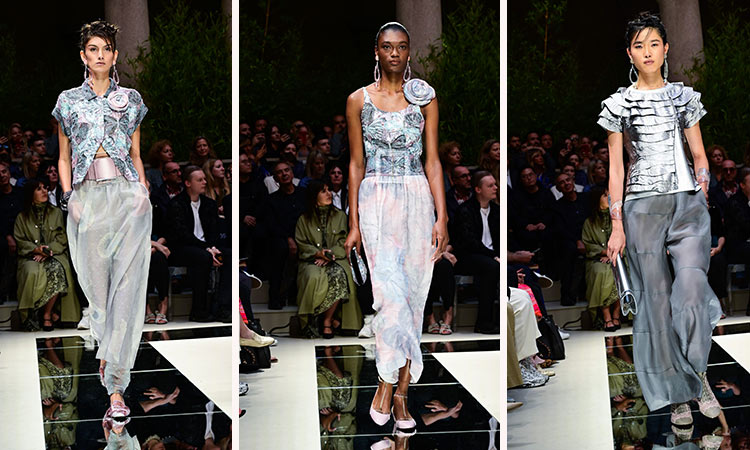 Armani, one of the most recognisable names in fashion, put floral prints on some of his designs - sometimes almost faded, creating a mirage-like effect.

The designer, known for his clean and elegant cuts, decorated sheer organza tops with embroidered flowers or floral collars. Long evening coats in soft pastels featured sparkling embroidery and were worn with trousers. 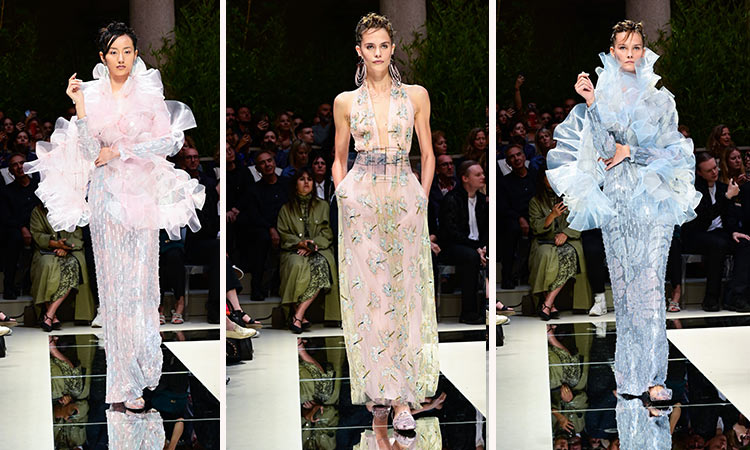 Armani, one of the most recognisable names in fashion, put floral prints on some of his designs. AFP 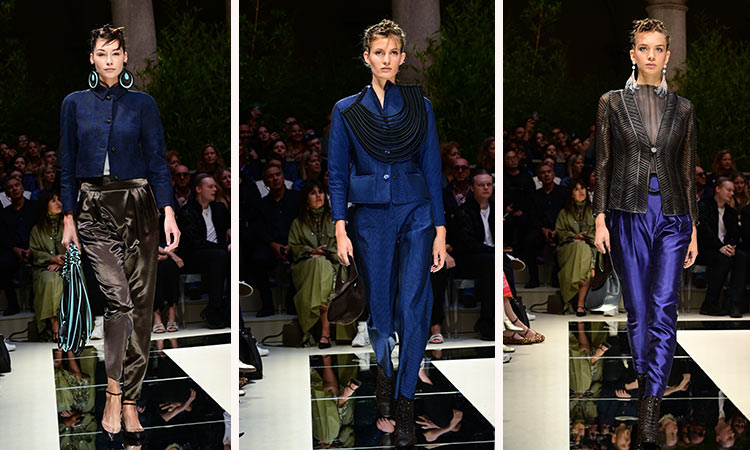 Earlier on Saturday, luxury goods group Salvatore Ferragamo presented a collection it called "light, bright and designed for joyful living in the 2020s".

Designer Paul Andrew kicked off with all-white looks before moving on to softly coloured bubble skirts, loose tunic-like dresses, trousers that came high-waisted or cinched at the ankle and wide-leg dungarees, often in soft leather. 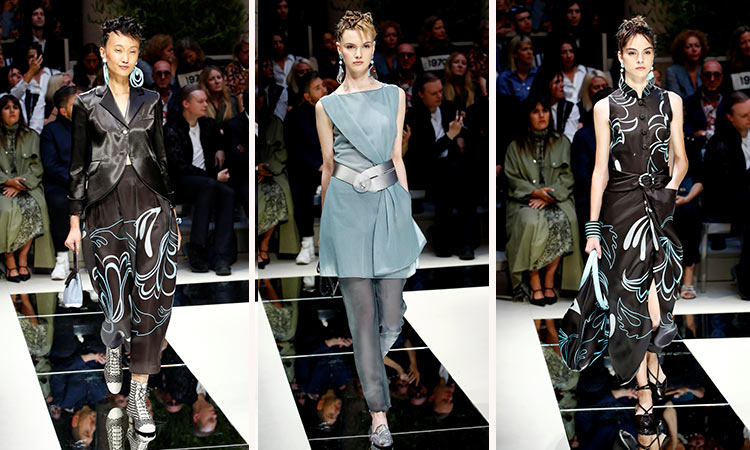 There were also check-print shirts and skirts and knit dresses with ribbons. Andrew presented a new version of the brand's Vara shoe, with a larger front grosgrain bow, pointy toe and cinched back.