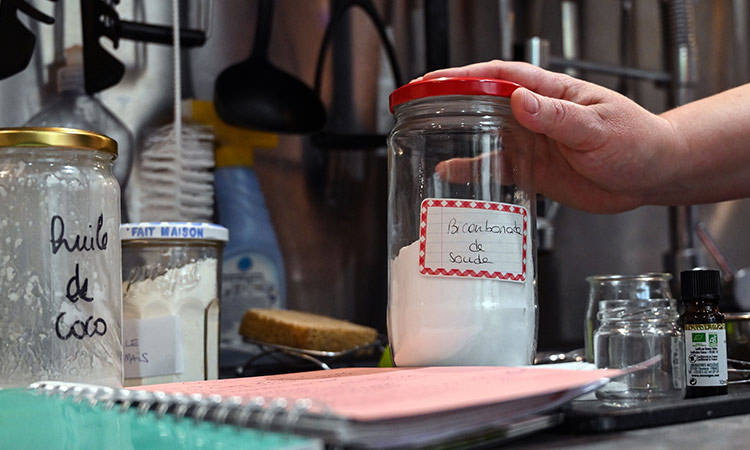 Magdalene Deleporte shows a glass of baking soda as she explains how she manufactures a deodorant. AFP

At her home in Roubaix, a former industrial centre in northern France that is now the country's poorest city, Magdalene Deleporte is making her own deodorant.

"It is fast and super easy," she says, giving a demonstration with a recipe involving coconut oil, baking powder and a few drops of fragrant oils.

"It takes five minutes: you let it melt in a water bath and then leave it to set," the 38-year old nurse tells AFP.

She also makes her own dishwashing liquid, shampoo, toothpaste, yoghurt and cosmetics, sparing her the disposable packaging that would come if she bought them in stores. 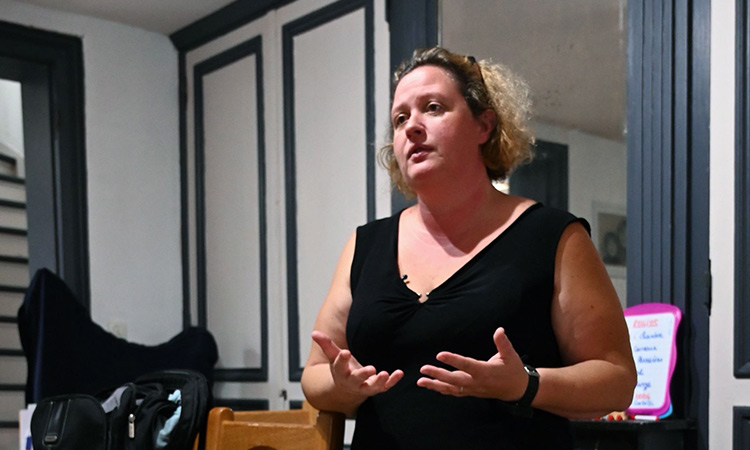 Deleporte explains how she manufactures her household products and hygiene articles. AFP

The Deleporte are one of 500 families in Roubaix engaged in a zero-waste project, hoping to help save the planet while also relieving the pressure on their wallets.

In 2014, the Roubaix city council launched an initiative to help families halve their household waste by changing their planning and purchasing habits, and encouraging the re-use of non-recyclable products.

A bottle of her homemade shampoo comes to about one euro per litre and lasts a month, she says. She also makes her own toothpaste with mint oils, and kitchen sponges using cut-up old clothes.

Waste not, want not

In the kitchen, glass bottles and jars have replaced plastic bags. 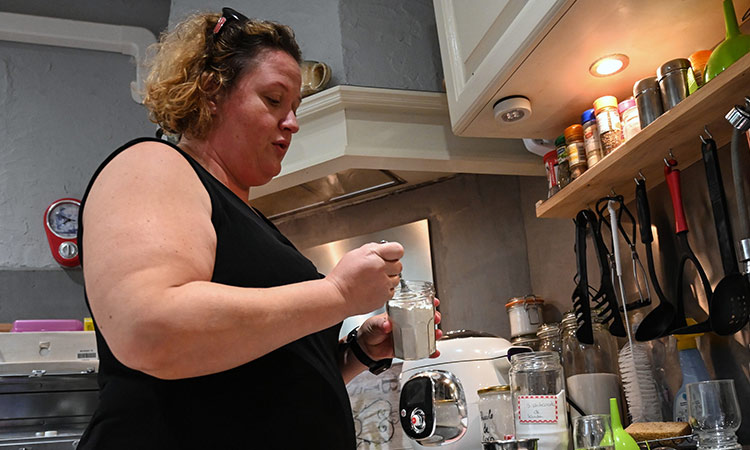 Deleporte is making her own deodorant. AFP

"It makes for more washing up, but at least I know what's in my products," Deleporte says.

She says the lifestyle change has made her much more environmentally aware — and increasingly concerned for the future of her two daughters.

Chloe, 9, and Manon, 6, are eager assistants in the home-based production line.

"When you see nothing but plastic and packaging in the stores, you realise there is a real problem," Deleporte said. 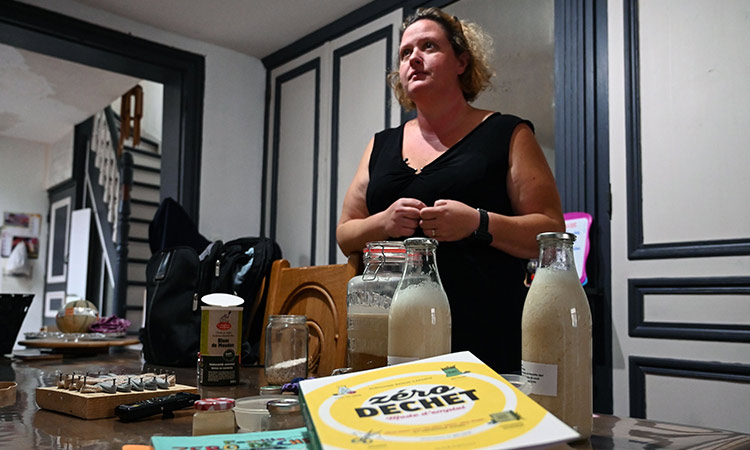 A bottle of her homemade shampoo comes to about one euro per litre. AFP

"I don't feel like I am doing anything extraordinary, I've just gone back to what they were doing 50 years ago."

According to the World Resources Institute, an estimated $750 billion worth of food is lost or wasted globally each year throughout the supply chain. That waste contributes massively to emissions of planet-warming greenhouse gases.

Plastic waste from food packaging pollutes water and soil resources, blocking the intestines of animals who eat it by accident, and suffocating others.

But reducing waste requires a series of lifestyle changes: carrying reusable bags, using reusable food containers rather than plastic or foil, composting organic kitchen waste, and repairing or repurposing clothes rather than throwing them away. 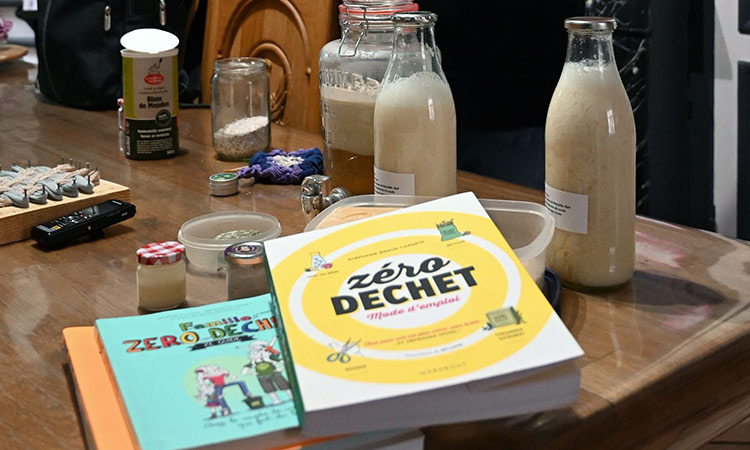 She also makes her own dishwashing liquid, shampoo, toothpaste, yoghurt and cosmetics. AFP

Roubaix now receives official delegations from far and wide who wish to learn from its experience in the field.

"We have just about halved waste in participating households, in some as much as 80 percent," Roubaix Mayor Guillaume Delbar told AFP.

And the project "has had a real effect on purchasing power: some families have saved as much as 250 euros per month, that's 3,000 euros a year," he said.

About 50 shops and the city's school cafeterias also recently joined the programme.

Abigayil Schnunt, a teacher, needed some convincing. Before she got involved eight months ago, she thought that living a reduced-waste lifestyle would be "too complicated".

In reality, "it does not necessarily take more time, it just requires a different routine," said Schnunt, a mother of three.

She has changed her shopping habits -- ditching her discount supermarket for local merchants, buying smaller quantities, and bringing her own glass containers and reusable, fabric shopping bags.

"Sometimes the price per kilo is more, but you eat better and buy better. I produce less waste because I think more before buying," she told AFP.