In Ethiopia, busted VW Beetles 'pimped out' for youth - GulfToday

In Ethiopia, busted VW Beetles get a new look for youth 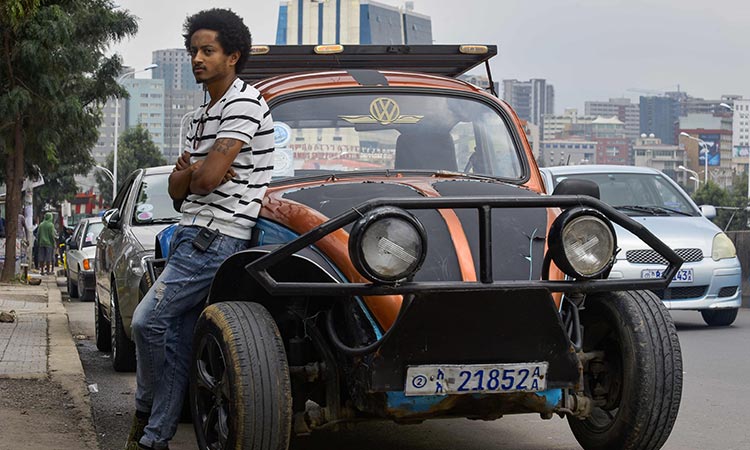 When Robel Wolde bought a beat-up 1967 Volkswagen Beetle from a friend for 50,000 Ethiopian birr (about 1,540 euros, $1,700), it marked the start of an extensive restoration he'd plotted for years.

He installed new grey leather seats, applied black stripes and decals along the orange-and-blue exterior and hired a metalworker to fit oversized headlights to the front bumper.

Two months and an additional $1,000 later, Robel's vision was complete.

But love for the Beetle in Ethiopia goes back decades, and is rooted in both economics and nostalgia. 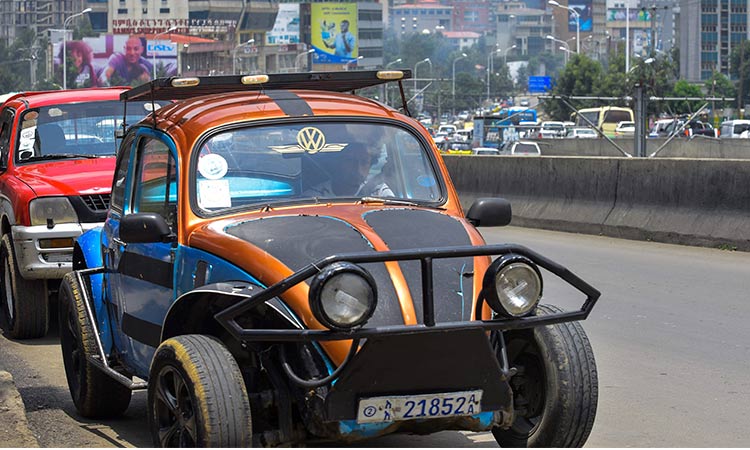 "Most of the time, Beetles are driven by old people," he said, leaning on the bonnet of his car near one of Addis Ababa's busier roundabouts.

"But when they are custom and primped like this, they are a fashion statement for young people."

The 'car for everyone'

Initially developed in Nazi Germany as an instrument of propaganda, the origins of the Volkswagen Beetle "people's car" date back to 1938.

Beetles became a common sight in Addis Ababa under former emperor Haile Selassie, who ruled for more than four decades beginning in 1930. 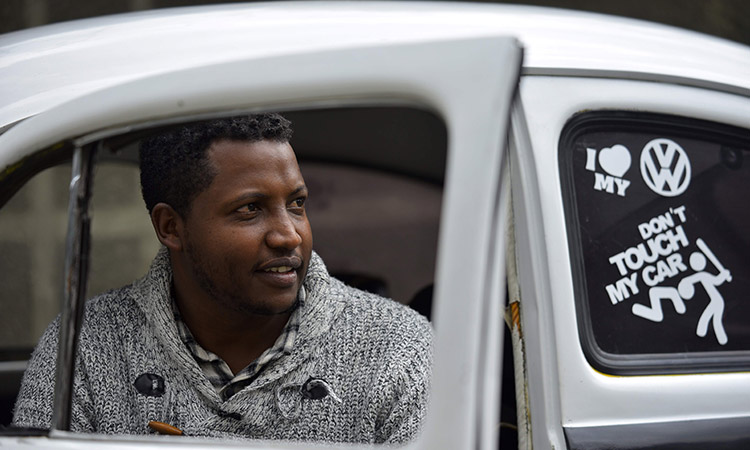 In 1974, when the communist Derg regime removed him from power, Haile Selassie was famously forced to duck into a Beetle before being escorted away from his palace.

Yet it's clear that the cars also have sentimental value. 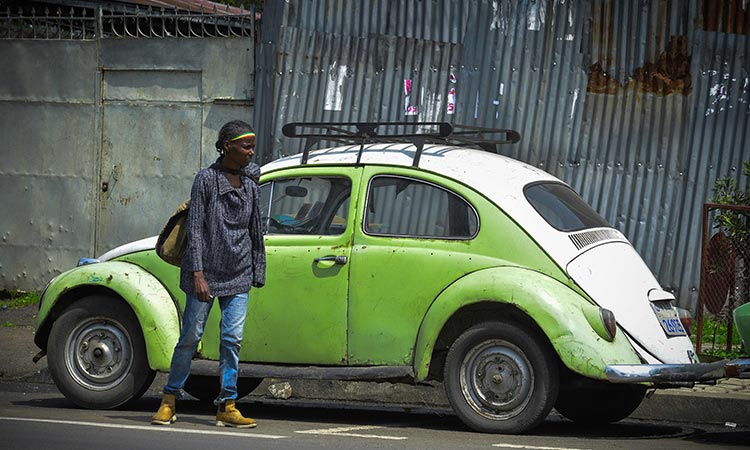 A woman walks past a Volkswagen Beetle in Addis Ababa. AFP

When the Ethiopian-American novelist Maaza Mengiste sees one, she says she is reminded of the pale blue Beetle her grandfather drove — the same car that took her to the airport when she left the country as a young girl not long after the Derg came to power.

Whether "pimped-out" or not, the Beetles of Addis Ababa seem destined to become collectors' items.

In July, Volkswagen marked the end of the Beetle's around eight-decade run by launching a limited, 65-unit "Beetle Final Edition" at its factory in Puebla, Mexico.

For Robel, the painter, the news was further validation of the investment he'd made in his own car.

"If production of the Beetles has stopped, that means we have a treasure," he said.

"They will become part of history. That is their fate, so I think I am lucky. Even if I get a really good offer, I don't think I will sell."