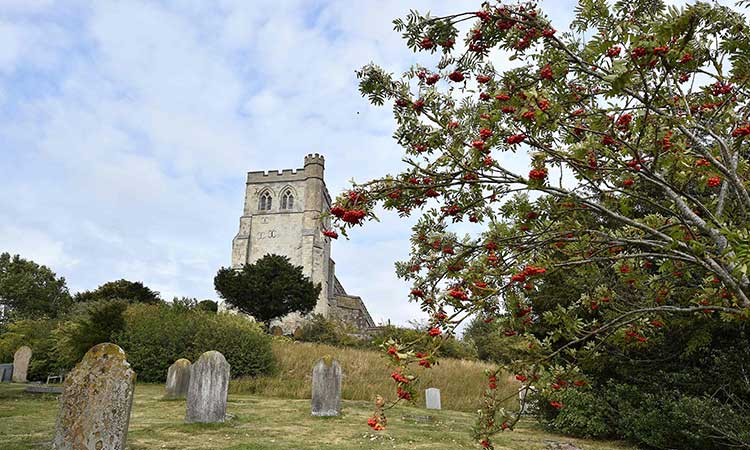 A general view of St Mary's Church, where guests can pay to stay overnight in what is known as 'champing.' AFP

Silent night, holy night takes on a whole new meaning for visitors paying for an unorthodox overnight stay in a mediaeval English church.

With a midnight walk in the graveyard and the chance to play some show tunes on the church organ, "champers" — short for church campers — make the most of the experience.

"It adds to the mood, thinking about who is sleeping underneath us," says university student Kae Ono, with a nod towards the gravestones, ahead of what she and her three friends hope will be a spooky sleepover in the 13th-century hilltop church in the English countryside. 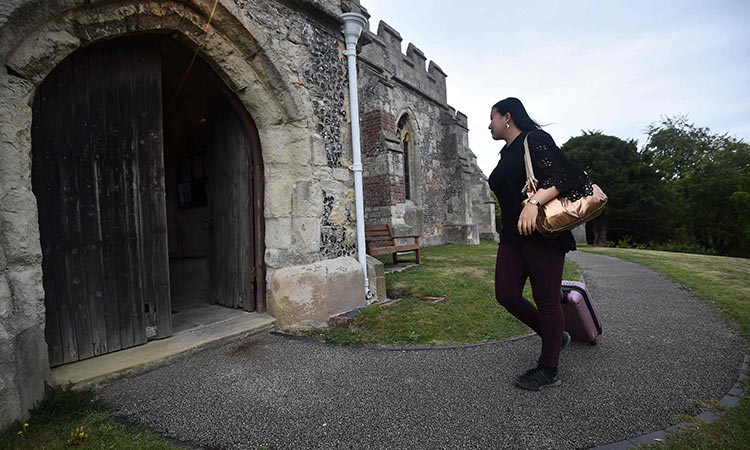 Hiring out their space for "champing" stays is providing a handful of churches in England and Scotland with a way to bring in much-needed cash for their upkeep.

"Champers" pay around £50 (56 euros, $62) each to hire out St Mary's Church in Edlesborough, 40 miles (64 kilometres) north of London, sharing the space only with the resident bats.

The Churches Conservation Trust (CCT), which runs the village church, provides camp beds and sleeping bags so guests can "snuggle down in a truly ancient space." 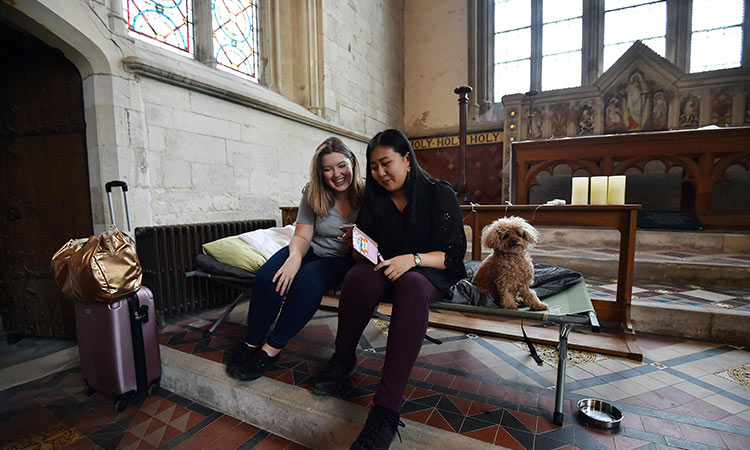 Guests Andrea Stewart, left, and Kae Ono sit with Coco the dog as they settle in at St Mary's Church. AFP

On arrival, the visitors explored all the nooks and crannies of their home for the night with the kind of nervous excitement seen in the opening scenes of many a horror movie.

They are hoping for a fun break before third-year University studies begin, they say.

History student Ismail Abdirahman took to the pulpit to read to the small congregation which included the group's dog, Coco, while Zhou scoured the walls for signs of ancient graffiti. 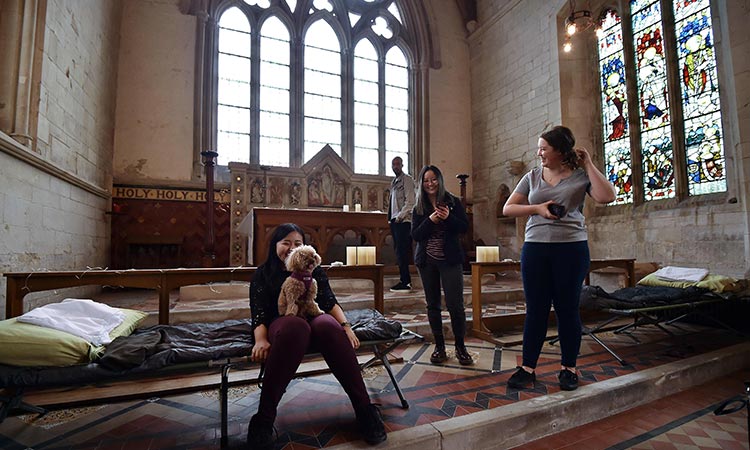 Guests settle in at St Mary's Church, where they can pay to stay overnight. AFP

"I want to take a midnight walk in the graveyard," she says.

"And I will be thinking about the creepy faces up there," she adds, pointing to the grotesque carvings that decorate the ceiling.

Despite still being consecrated, St Mary's only rarely hosts services, and guests are given few restrictions, other than being asked to not annoy the neighbours. 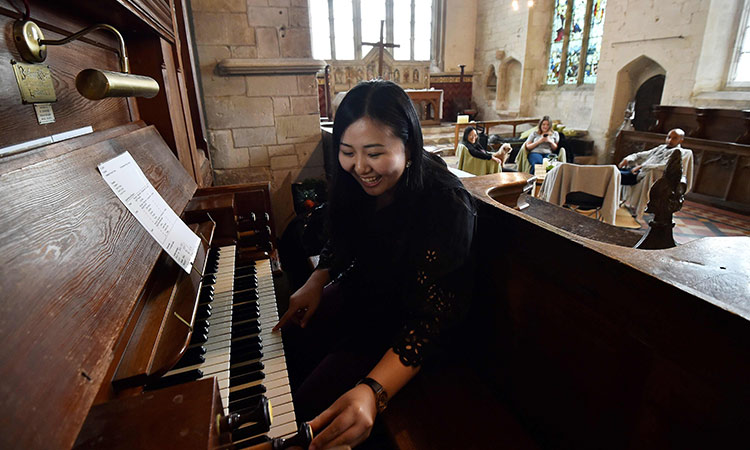 University student Kae Ono plays the church organ while her friends relax in the background. AFP

The charity, which launched champing in 2014, stresses that a church will "always be a place for contemplation, tranquility and peace".

But, it added that champing was "just the latest chapter" in an ongoing tradition of change.

"I'm from Japan," said Ono. "Letting people stay overnight in a temple just does not happen." 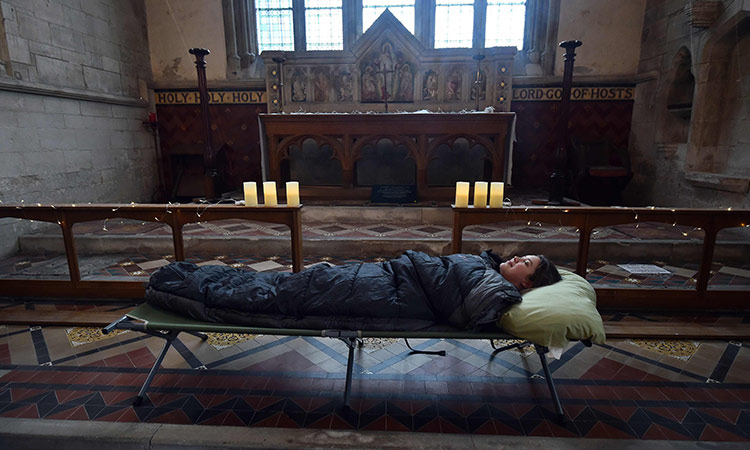 Andrea Stewart tries out her bed before nightfall at St Mary's Church. AFP

For Ono, being creeped out was also "part of the plan" -- and speaking the morning after, she said it had worked.

"It was one of the scariest nights for all of us, in a good way!

"The noise... and the stained glass at night was really creepy, and there were bats in the church, we could hear the squeaks and something flying. 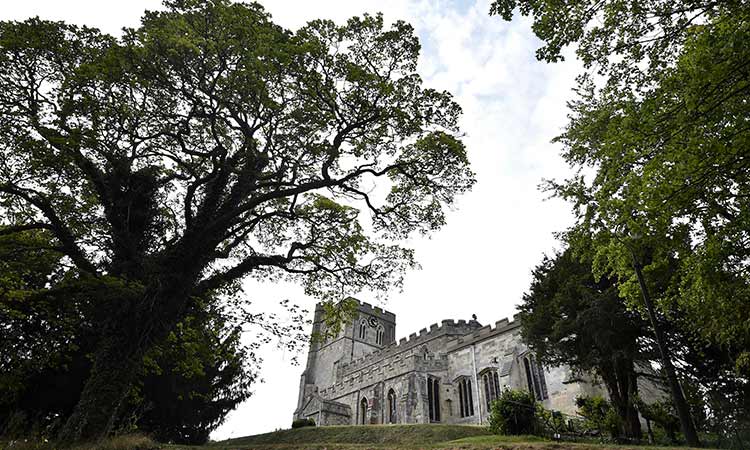 A general view of St Mary's Church, where guests can pay to stay overnight. AFP

"Even going to the bathroom was really scary," she added. "We saw spiders."

Thoughts of their ghostly neighbours below had also troubled their sleep, she said.

"We watched the whole of 'The Exorcist', we turned off all the lights. It wasn't easy not to think about them!"