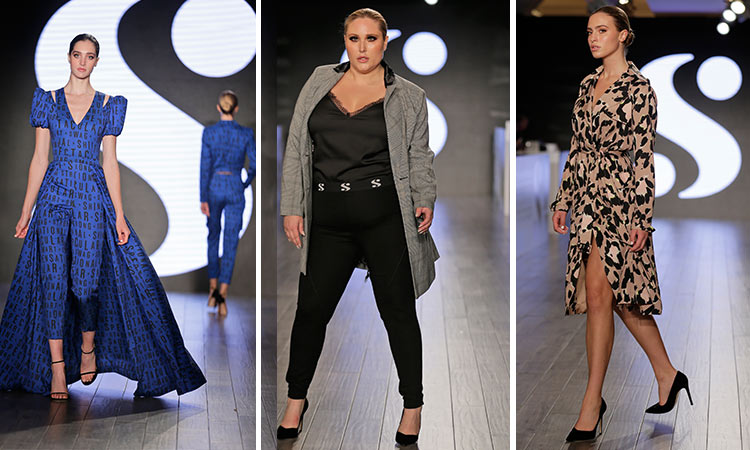 Talk about a quick recovery. Only three days after her shocking loss in the U.S. Open final, Serena Williams went from the court to the runway to present the latest collection of her fashion label, S by Serena. 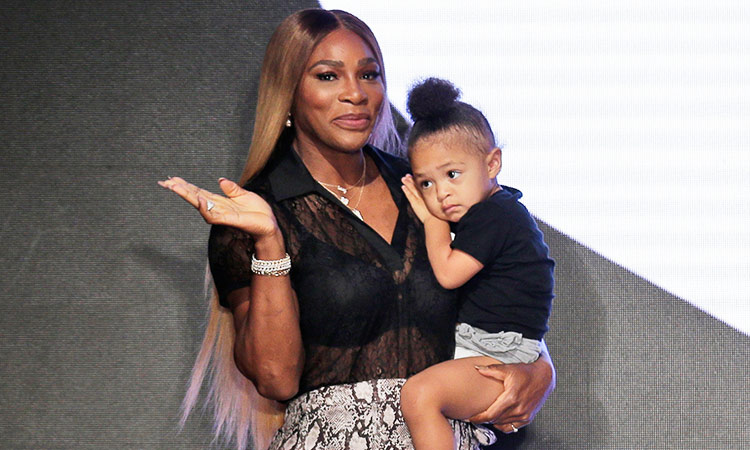 And she brought her baby daughter along for the ride: As she made her traditional post-show bow, wearing a snakeskin-style miniskirt that she designed, she was carrying little Olympia, 2, in her arms. 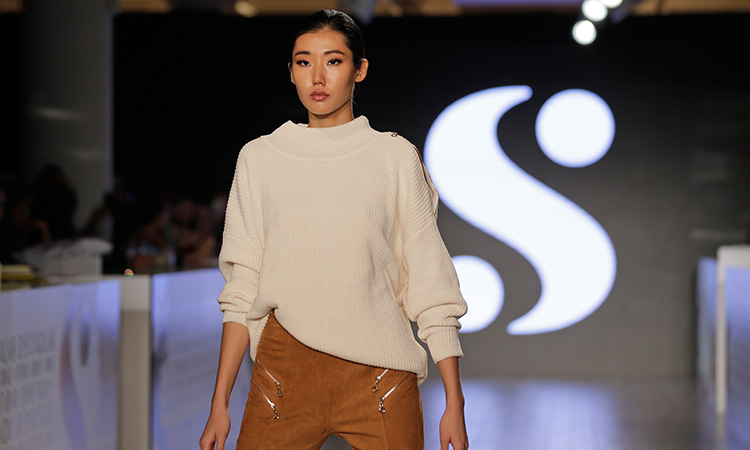 Also attending: #MeToo movement founder Tarana Burke, who said Williams was "strong in so many ways, not just physically. I'll always support her."

The runway show in midtown Manhattan began with a lush brown trench-style coat, followed by a suit in the same fabric with an asymmetrical wrap skirt. Pants and slouchy sweaters followed, then a series of dresses, tops and coats in an animal-style print. 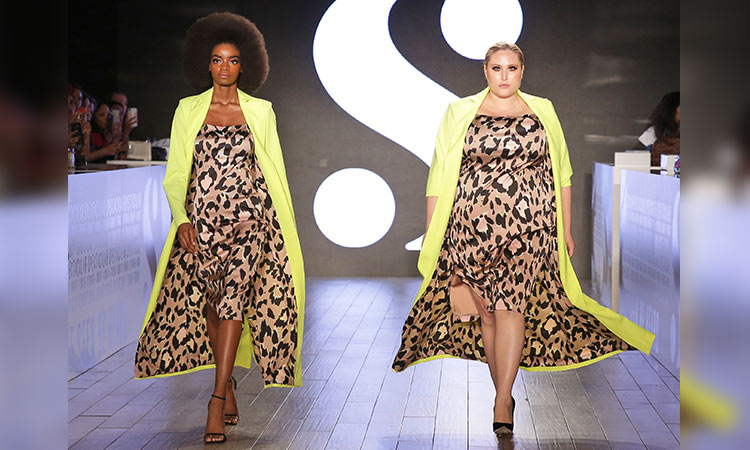 The 37-year-old Williams showed herself to be a fan of bold prints, in hues like purple or bright blue, or in black and white. And she is also clearly partial to bright colours, as in one hot pink ensemble that was part midriff-baring pantsuit, part long skirt. 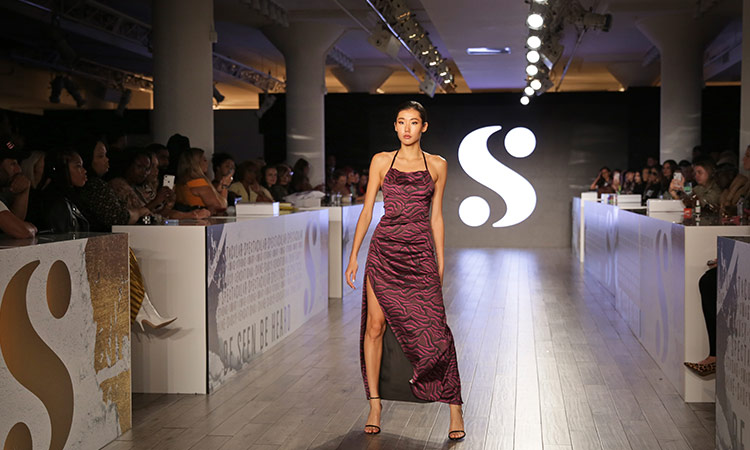 A model presents a creation by Serena Williams. AP

But perhaps the most striking and creative sight on the runway came when two models wore the same outfit together, side by side, one in a plus size and one not - an effective statement about size diversity.

Williams noted later on the red carpet that she her intention was "to show diversity of all colours and all backgrounds and all sizes - just beautiful women."

Burke praised Williams' runway for being truly diverse. "I love Serena," she said, adding that fashion is "another world for her to conquer.

Naomi Osaka staged a second successive Roland Garros great escape on Thursday as fellow top seed Novak Djokovic and Serena Williams strolled into the last 32. World number one Osaka, bidding to add the French Open to her US and Australian Open titles, came back from a set and 2-4 down