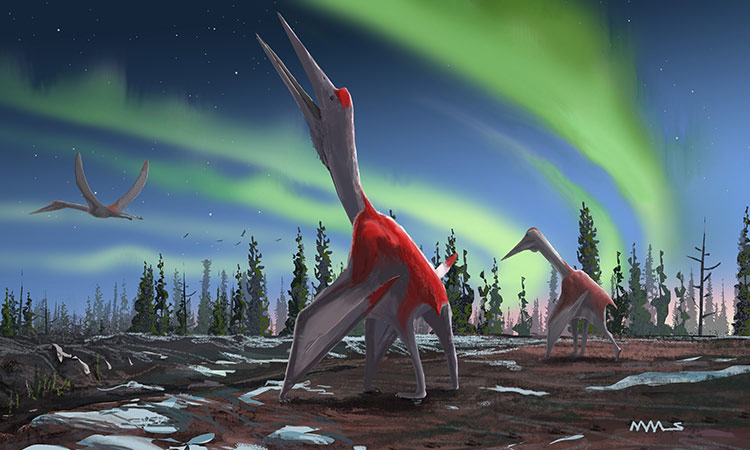 An artist's impression of a Cryodrakon boreas, a newly discovered species of pterosaur. AFP

Scientists on Tuesday unveiled a new species pterosaur, the plane-sized reptiles that lorded over primeval skies above T-rex, Triceratops and other dinosaurs of the late Cretaceous.

With a wingspan of ten metres and weighing 250 kilos, Cryodrakon boreas rivals another pterosaur as the largest flying animal of all time, researchers reported in the Journal of Vertebrate Paleontology.

"This is a cool discovery," said David Hone, lead author of the study and a researcher at Queen Mary University in London. 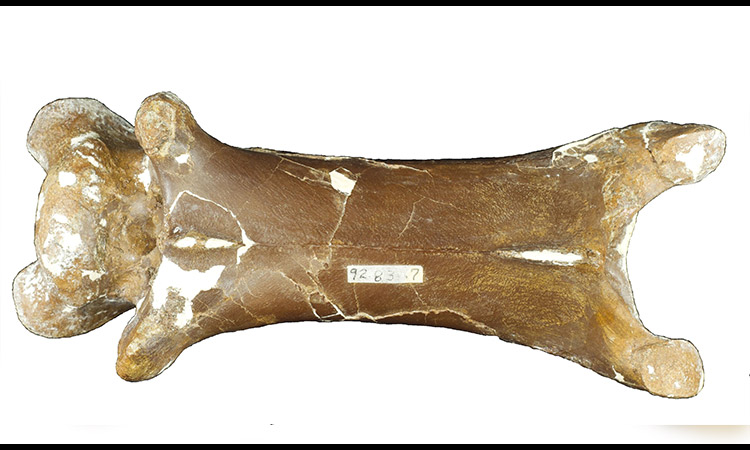 A fossil of a neck bone of a full-grown Cryodrakon boreas, a newly discovered species of pterosaur. AFP

"It is great that we can identify Cryodrakon as being distinct from Quetzalcoatlus," the other giant pterosaur for which it was initially mistaken, he said in a statement.

Its remains were first discovered more than 30 years ago in Alberta, Canada, yet elicited scant excitement because of the misclassification. 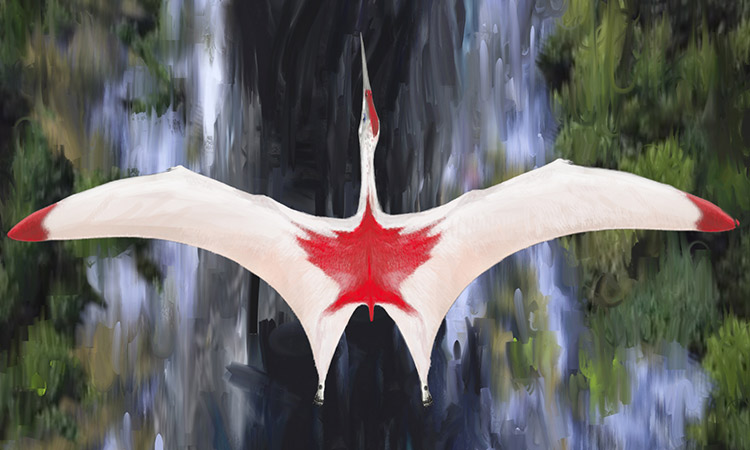 This  image shows an artist's impression of a Cryodrakon boreas. File photo/AFP

But a closer look at the fossil remains of a juvenile and the intact giant neck bone of a full-grown specimen left no doubt that a new species had been discovered.

Like other winged reptiles living at the same time, about 77 million years ago, C. boreas was carnivorous and probably fed on lizards, small mammals and even baby dinosaurs.

Despite a likely capacity to cross large bodies of water, the location of fossil remains and the animal's features point to an inland habitat, Hone said.

There are more than 100 known species of pterosaurs.

Despite their large size and wide distribution — across North and South America, Asia, Africa and Europe — only fragmentary remains have been unearthed, making the new find especially important.