How to find the joy of cooking - GulfToday

How to find the joy of cooking 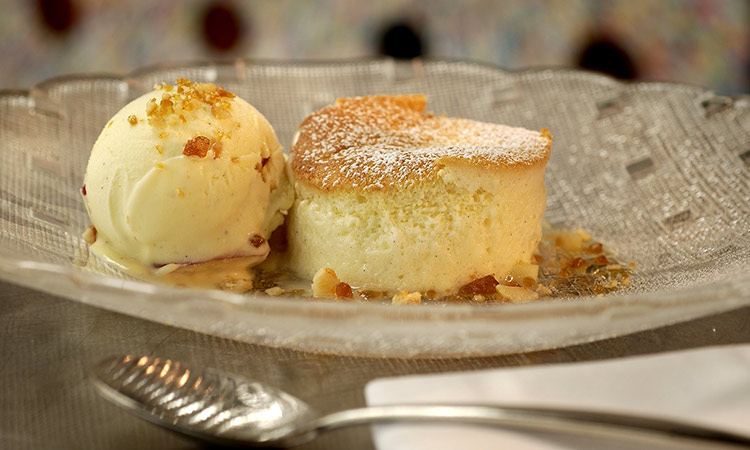 Photo has been used for illustrative purpose only. TNS

Sometimes, making a frozen soufflé can teach you a life lesson.

Several years ago, I attended a cooking class that had just three students — my wife, a man whose last name I remember was Fillion and me. We were responsible for cooking a three-course lunch under the watchful and very helpful eye of a kind and patient chef.

Dessert was a frozen Grand Marnier soufflé. It was not a traditional soufflé with more egg white than yolks; it was actually closer to an impossibly light ice cream, with more yolk than whites.

The signature height above the rim of the dish that made it a soufflé came instead from whipped cream. We made six portions of each course, as I recall, so that meant whipping an entire pint of heavy cream by hand.

But we had completed the task: The cream had attained perfect soft peaks.

In one-armed agony, I asked the chef if we couldn’t have whipped the cream with a machine.

“Of course,” he said with the sort of smile that makes me regret those nice things I said about him being kind and patient.

I may have been unhappy for a moment, but only until the blood started flowing to my fingers again. And here’s the thing: I have been whipping cream and egg whites by hand ever since.

What the chef taught us, in his genially sadistic way, was to understand the organic connection between cook and food. You appreciate whipped cream more when you whip it by hand. You feel as if it is part of you, and you are part of it.

Call it pride of ownership, if that’s too touchy-feely for you, or pride of creation. You have more at stake with a meringue when you have put in the time and the arm muscles to whip the egg whites yourself, instead of having them passively be whipped by a soulless machine.

And it’s not just cream and eggs.

Sure, you can use a dough hook on a stand mixer to knead bread, but why would you want to? It is infinitely more satisfying to work the dough with your own hands, more viscerally enjoyable to feel the pliant dough beneath your fingers. And when the dough gets to just the right texture, it can be bliss.

I remember the first time I got the hang of making rough puff pastry. Admittedly, this is not something you can do with a mixer, but bear with me. I knew it was absolutely right because the dough felt like it was on a different, hitherto unknown level of softness and smoothness. It was like touching perfection.

“You have to feel this dough,” I said to a nearby videographer.

It is only by using your hands and doing the work yourself that you can experience such heaven, only by doing the hard work that you can create food that approaches the ideal.

The next time you have cream to whip or dough to knead, leave the mixer where it is and use your own two hands. See if it doesn’t bring you joy.

The food will taste better, too.