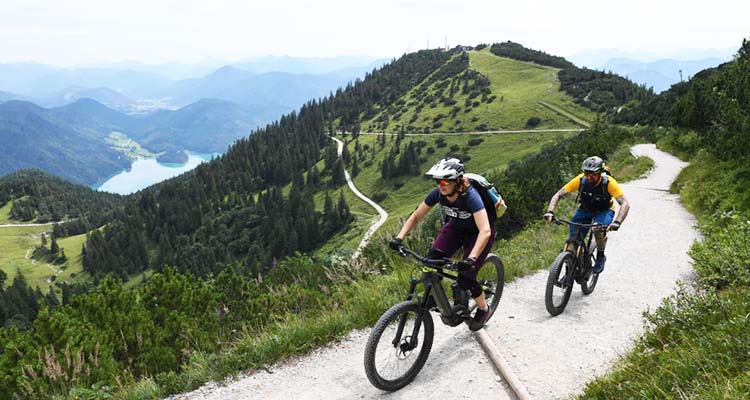 Ursula and Robert Werner are seen cycling on their electric bikes.

Robert Werner and his wife Ursula usually make time to say a friendly hello to hikers as they ride their gently whirring e-bikes up trails in the Bavarian Alps.

But more often than not, their greetings are met with frowns.

"The first thing they look at when they see us are our bikes," says hotelier Robert, 46, of his electric-powered bicycle. 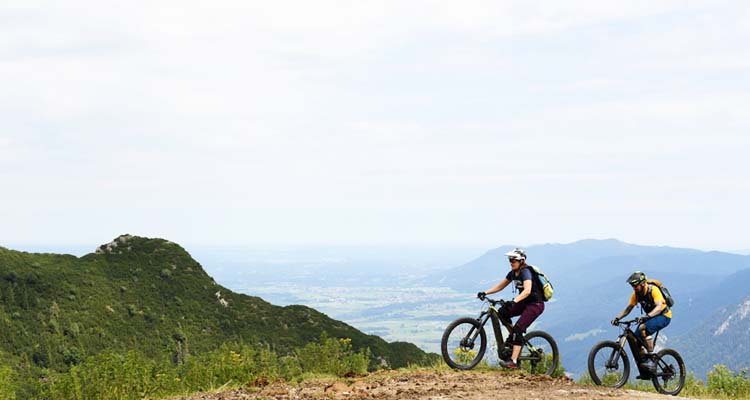 Ursula and Robert Werner cycle on their way up to the Herzogstand mountain in the Alp mountains.

"If we have an engine, they respect us less."

While the Werners are convinced of the virtues of e-bikes which have pedals but also an electric motor that can assist the rider's pedal power, others are less enthusiastic about the new revolution in cycling.

For Kroenauer, who has a breathtaking view of Germany's highest peaks from his office, those who scale the region's mountains on e-bikes are cheating themselves.

"Getting to the top of a mountain is something you have to earn," he insisted. "You have to feel that you have worked your muscles, you have to be exhausted. 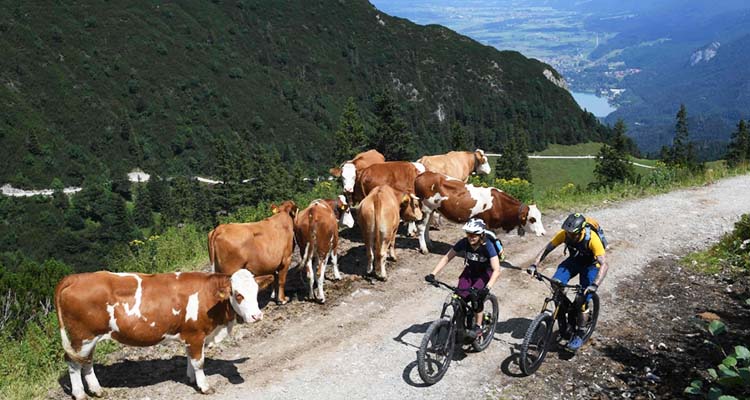 Ursula and Robert Werner cycle past cows on their way up to the Herzogstand mountain.

"Electric mountain bikes make this notion of effort disappear," added the hobby sportsman, a fan of walking and traditional cycling.

In Lenggries, a town of 9,000 residents, an hour's drive south of the city of Munich, the Werners opened a bicycle rental shop a few months ago next door to the hotel that they run -- offering, of course, e-bikes.

"The demand is huge and the customers very diverse," says Robert. "Everyone wants to try."