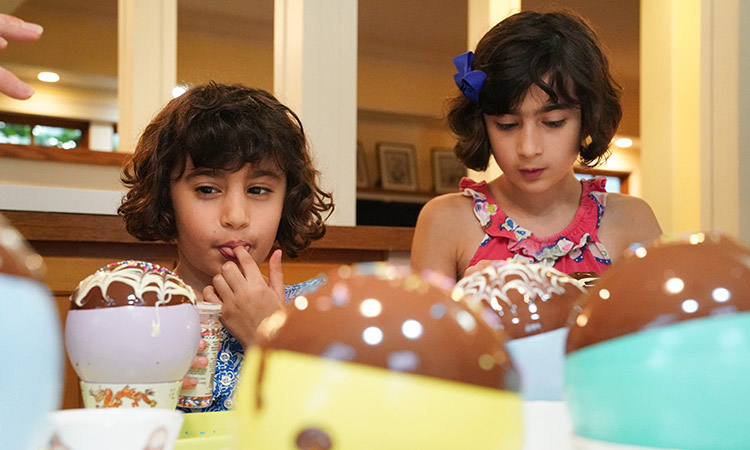 Sarah opened the door of the oven and took out a silvery pan containing the result of a chemical reaction that demonstrated how heat turns water into steam: popovers.

Heinecke plucked one of the eggy rolls from a large muffin tin and tore it open so steam shot out of it. Then she slathered on a bit of butter and took a bite.

Her popovers — airy buns that rise without a leavening agent due to the steam that forms when putting liquid batter into a hot pan — represent only one recipe in a book full of ways to teach kids about scientific principles, while also making dinner.

“Cooking and baking are science,” Heinecke said in her kitchen while she waited for the popovers to rise. “Once you understand the basics — you can add an acid and it makes it taste a little sour and brings out the salt — it becomes second nature. So then you can say, ‘I know this experiment is going to work.’”

Blow up the balloons. Set glasses or ramekins on a baking sheet.

Chop the white chocolate into small pieces and melt as you did the semisweet.

Flip the balloon over onto a ramekin or small glass to cool, keeping the chocolate on the top of the balloon.

Add sprinkles if you wish. Repeat with the rest of the balloons, reheating the chocolate if necessary.

Put the balloons in the freezer until the chocolate domes are solid and you’re ready to eat them.

Remove the chocolate domes from the freezer. Pop the balloons and slowly pull them off the domes.

Use the domes as bowls for ice cream, or flip them over and hide a treat beneath.