Making the climb to the summit of majestic Mt Fuji - GulfToday

Making the climb to the summit of majestic Mt Fuji 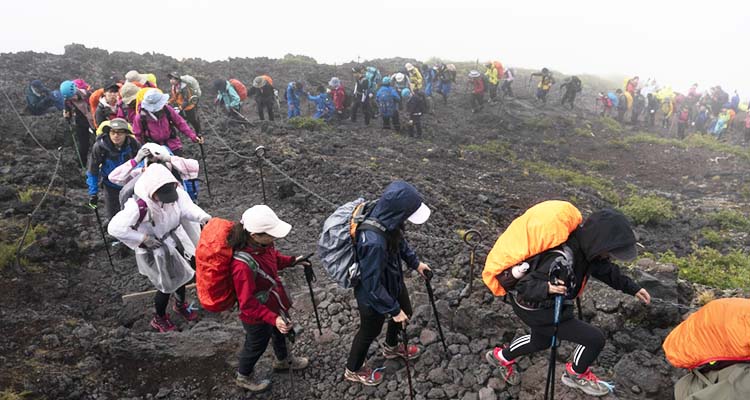 People climb to the summit of Mount Fuji in Japan.

People come from all over Japan to climb to the summit of Mount Fuji to see the sunrise.

Buses from Tokyo's Shinjuku district conveniently drop climbers off at a station located at the 2,300-meter (7,546 feet) point of the majestic mountain, the country's tallest at 3,776 meters (12,388 feet). It's not cheating. 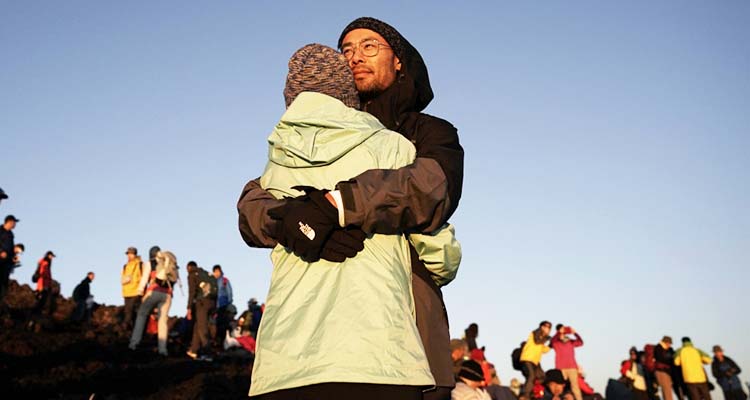 A couple embraces while watching the sunrise from the summit of Mount Fuji.

This is where most people start the long - and crowded - trek.

The Yoshida trail is the easiest and most popular among the routes to the top, with climbers wearing headlamps and carrying heavy packs spaced just feet apart on the rugged, rocky terrain. 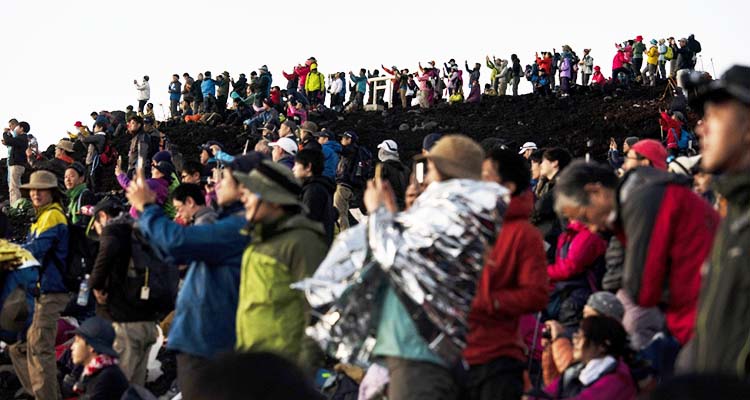 Hundreds of climbers watch the sunrise from the summit of Mount Fuji in Japan.

It takes an average hiker five to six hours to reach the summit. Most spend the night in simple mountain huts and start the final ascent in darkness.

Crammed together in the sparse accommodations is part of the communal climbing experience. 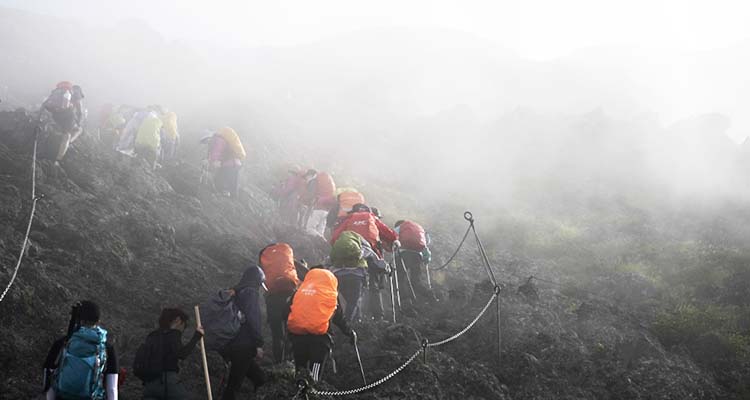 People climb through a dense fog as they make their way along the Yoshida trail.

Witnessing the sunrise from the summit of the nation's symbolic mountain is hard to top. Watching it paint the sky deep orange is magnificent.

Climbing season runs from early July to early September, Mount Fuji will open to the public a couple weeks before the Tokyo Summer Olympics opening ceremony on July 24.

After the descent, visit picturesque Lake Kawaguchi to photograph Mount Fuji from afar.