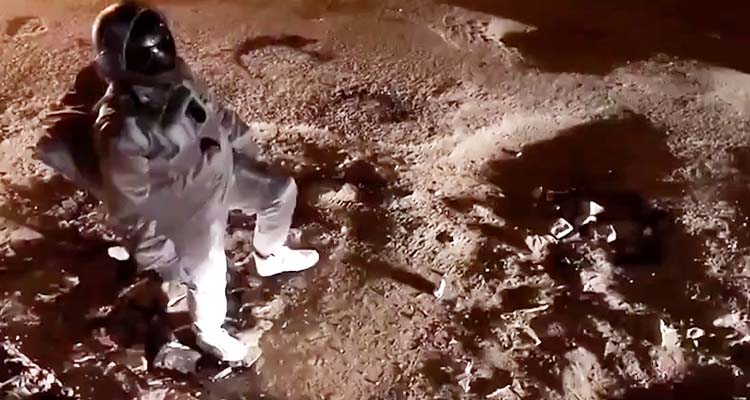 A scren-shot of the viral video.

In the minute-long video, the man can be seen carefully walking on the Tunganagar Main Road, as if he is on the Moon's surface. After it is zoomed out, one can see the Bengaluru streets filled with potholes.

The video soon went viral across the social media.

"ISRO can train their astronauts in these roads so that we have a successful Moon mission in 2022," a Twitter user commented on the video.

"Nice initiative to make the government work," wrote another user.

"Chandrayaan has mistakenly landed in Bengaluru by mistaking it for Moon as the craters resemble those on Moon," tweeted one user.

This is not the first time Nanjundaswamy has used his creativity to convey his message. In June, he placed a life-sized crocodile in the middle of a street in Bengaluru which drew the attention of the local authorities. In 2018, he had drawn a cobweb around a pothole to make the authorities notice it. 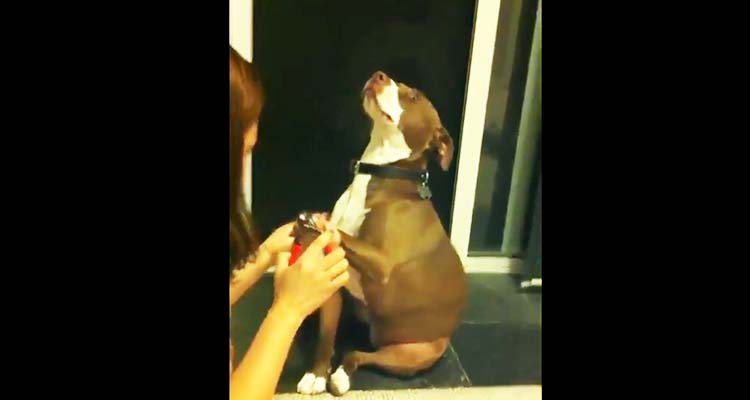 A hilarious video of a pit bull who pretended to faint when his owner tried to clip his nails has gone viral on social media platforms such as Twitter and Facebook.