As with adults, no easy way to address weight with children - GulfToday

As with adults, no easy way to address weight with children 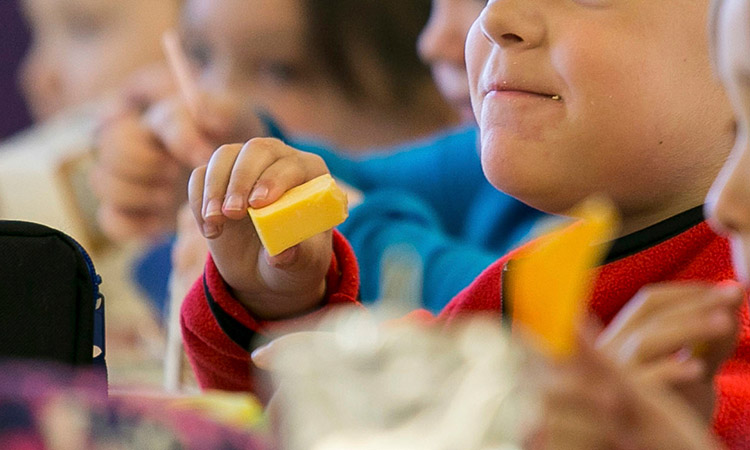 Getting kids to eat well and exercise is crucial. File photo/AP

Red, yellow, green. It's a system for conveying the healthfulness of foods, and at the center of a debate about how to approach weight loss for children.

This month, the company formerly known as weight Watchers provoked a backlash when it introduced a food tracking app for children as young as 8. The app uses a well-known traffic-light system to classify foods, giving children a weekly limit of 42 "reds," which include steak, peanut butter and chips.

Obesity is a growing public health issue that nobody is sure how to fix, and around one in five children in the U.S. is considered obese, up from one in seven in 2000. Childhood obesity often leads to adult obesity, and to higher risk for conditions including heart disease, cancer and diabetes.

Getting kids to eat well and exercise is crucial, but figuring out how to do that effectively is extremely difficult - and sensitive. For some, the app was a reminder of bad childhood experiences around weight and shame, in public and at home.

There is no easy answer for achieving a healthy weight, regardless of age. But when it comes to addressing the topic with children, pediatricians and dietitians say there are best practices to consider.

Parents may feel a conversation is not necessary, particularly with younger children, and that they can alter behavior by making lifestyle changes. But experts say a talk can be constructive, especially if the changes are going to be noticeable.

The key is to approach the subject with kindness and caring, and avoid blaming any of the child's behaviors. Children should also understand that any changes would be intended to make them feel better, and not about how they look.

"In some ways, just to get it out there may be sort of a relief," said Tommy Tomlinson, an author who recounted his lifelong struggle with weight in "The Elephant in the Room."

Any adjustments to meals and activities should involve the entire family, so children don't feel singled out. This is tied to the belief that the most powerful way to help a child change their behavior is by setting an example.

Framing changes in a positive light is also key, Walsh said, whether that's suggesting new recipes to try together or asking about activities they might be interested in.

Then there is the matter of giving guidance on foods. Parents might not like the idea of directing children to a dieting company's app, especially since it gives older children the option to "upgrade" to a coaching service that costs $69 a month.

When Tomlinson was 11 or 12, he was taken to a doctor who gave him diet pills. Few health professionals would do that today, and there's broad agreement on other mistakes to avoid.

Using the word "diet," for example, could imply there's something wrong with the child, and that the changes are short-term.

Trying to scare children by warning them about potential medical problems isn't helpful either. And if parents are making broader lifestyle changes, they shouldn't feel the need to intervene or scold every time a child reaches for a sweet.

"Guilt and blame are not good motivators for change," said Stephen Pont, associate professor of pediatrics at the University of Texas Dell Medical School. By the same token, experts say parents should avoid making negative comments about their own bodies.

Regardless of whether parents see noticeable changes right away, Pont said, there are long-term benefits of instilling healthier habits in children.