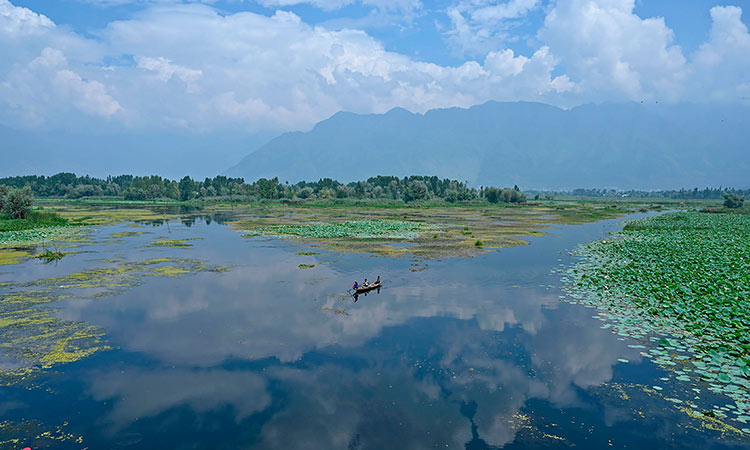 Kashmiri children paddle a boat as a man fishes with a fishing rod in the Nigeen Lake. AFP

With its breath-taking scenery, snow-capped mountains and placid lakes, temperate Kashmir is a popular destination for hordes of domestic and international tourists during the scorching summer season in the rest of India.

Streets buzzing with locals and tourists are now mostly deserted. In their place are coils of barbed wire, security checkpoints and tens of thousands of extra troops New Delhi sent to the Himalayan region to reinforce the half a million already there. 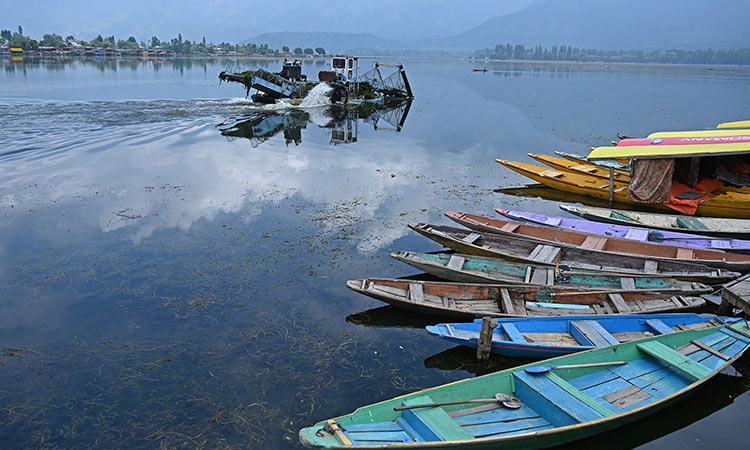 "This is not what we expected," said a Taiwanese couple, the only tourists AFP found in Srinagar, adding they had planned their trip a year ago.

"Nowadays not many people can live daily life without having all this modern technology, without the internet... That's kind of really hard for people, especially tourists.

"We are scared of the entire situation."

Switzerland of the East

Kashmir, split at the end of British colonial rule in 1947 between India and Pakistan, was a popular international getaway until an armed insurgency against Indian rule erupted in 1989. 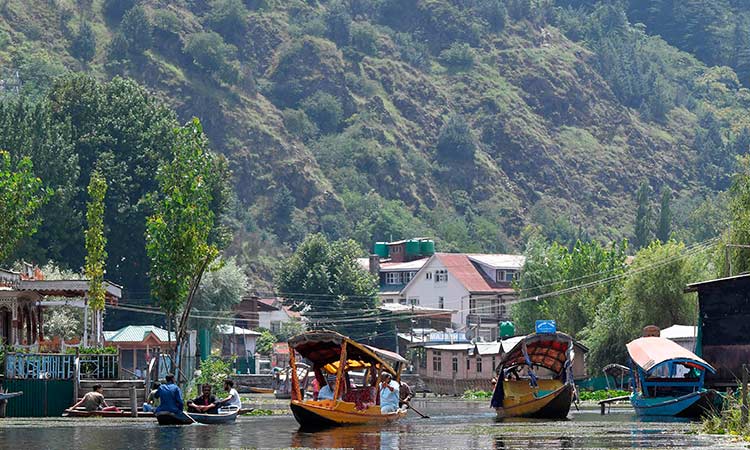 The conflict, which has claimed tens of thousands of mostly civilian lives, has challenged efforts to promote tourism in the so-called "Switzerland of the East".

But more than half-a-million people visited the valley in the first seven months of this year, with more than 150,000 vacationers arriving last month alone, according to official data. 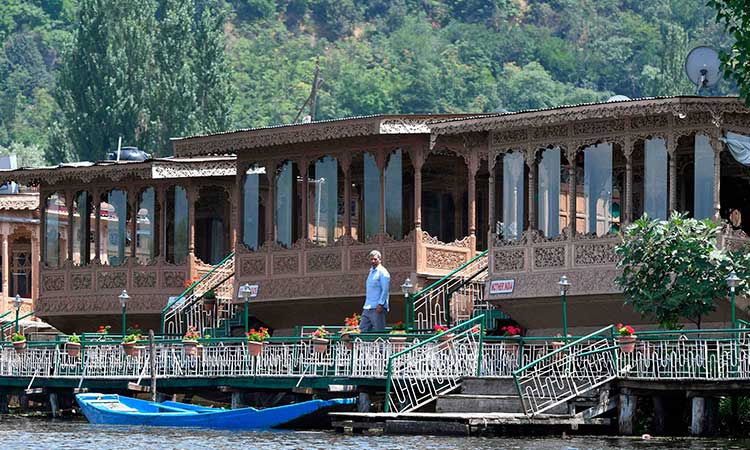 A man stands outside an empty houseboat guesthouse on Dal Lake. AFP

The sharp drop-off is sending shockwaves through the estimated $500 million-a-year tourism industry, which employs some 100,000 people.

Many others make a living from related sectors including handicrafts, horticulture and transport. 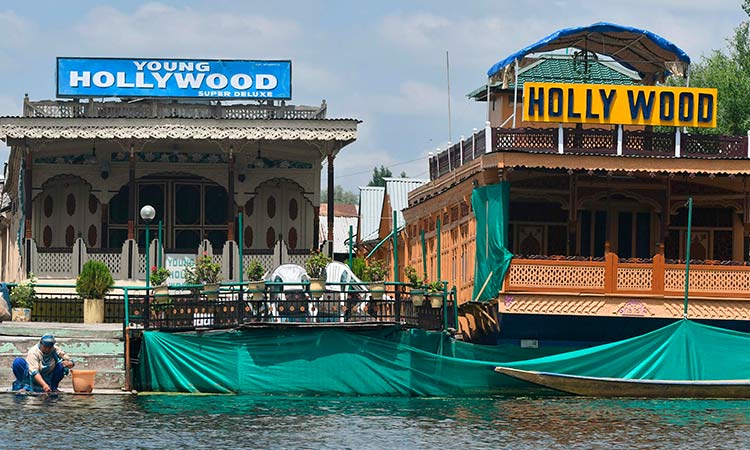 A woman washes clothes outside an empty houseboat guesthouse on Dal Lake. AFP

The Indian government has stressed that bringing Kashmir under its direct rule would boost the economy and generate more jobs and development.

Some countries have already issued advisories against travel to the region and tourist operators fear thousands of jobs could be lost, weakening the economy and further inflaming tensions.

"When your business is down and your basic rights are taken away, you can't expect us to remain sane," handicrafts store owner Sameer Wani said.

"It will come to a do-or-die situation soon." 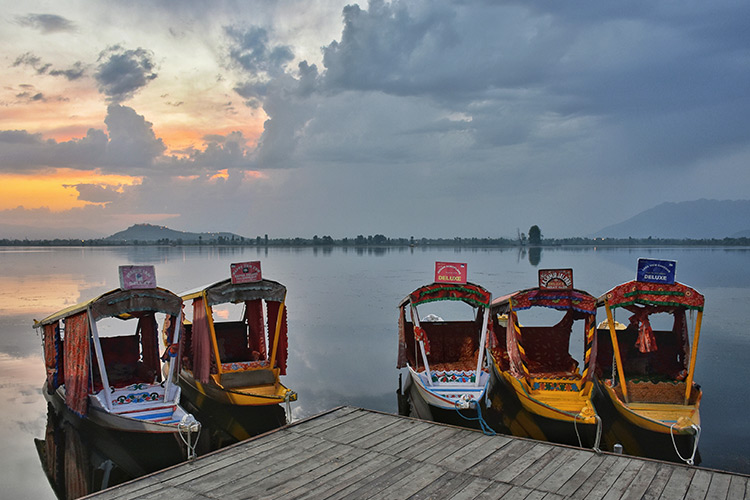 The waters of Kashmir's Dal Lake are polluted, and the houseboats are being blamed

Once known for its crystal clear waters on which the houseboats floated majestically, the Dal Lake in Kashmir's capital city, Srinagar, is today dying a slow death.