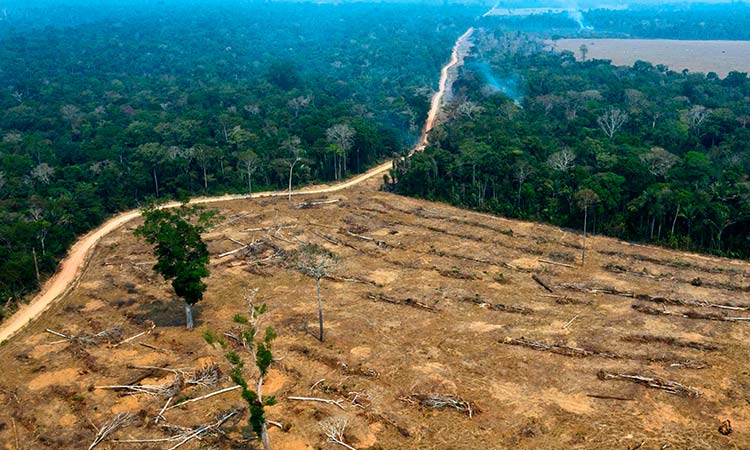 Aerial view of burnt areas of the Amazon rainforest. AFP

Two of the industries involved in the infernos consuming the Amazon rainforest and drawing the attention of global powers gathered at the G7 meeting in France are familiar to diners worldwide: soy and beef.

Brazil is the world's largest exporter of beef, with a record 1.64 million tons sent to its top markets China, Egypt and the European Union in 2018, according to the Brazilian Beef Exporters Association.

The country has seen its production surge over the past two decades, with exports measured in both weight and value increasing by 10 times between 1997 and 2016, led by three behemoth companies: JBS, Minerva and Marfrig.

All this growth has come at the expense of the Amazon. 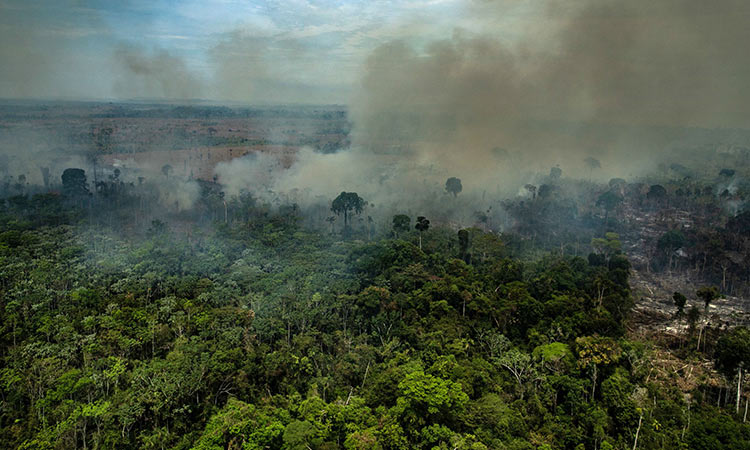 "Extensive cattle farming is the main driver of deforestation in the Amazon, with just over 65 percent of deforested land in the Amazon now being grazed," according to Romulo Batista, a researcher at Greenpeace.

Soybeans, a major cash crop for Brazil, were also once a major contributor to deforestation.

The crop saw a dramatic rise in cultivation in the 1970s, fueled by the migration of farmers, the development of new cultivation techniques and the use of pesticides.

The country is the top supplier of soybeans to the United States, but sends the most overall to China. 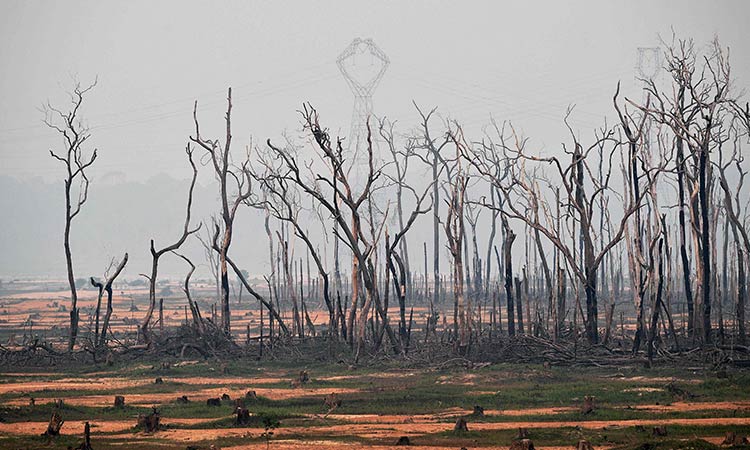 Brazilian soybean exports to China jumped nearly 30 percent last year thanks to the trade dispute with Washington that pushed Beijing to look for other sources of the crop it uses to feed cattle.

About 6.5 percent of the deforested area in the Amazon is used for agriculture, but the contribution of soybeans to that has decreased over time.

A moratorium on buying soy from newly deforested areas came into force in 2006, and "less than two percent of the soya planted in the Amazon comes from deforested areas since 2008," Batista said.

However, other forests in Brazil such as the Cerrado are being cleared for soybean cultivation. In June, Greenpeace denounced Europe's "addiction" to Brazilian soy used for poultry farms. 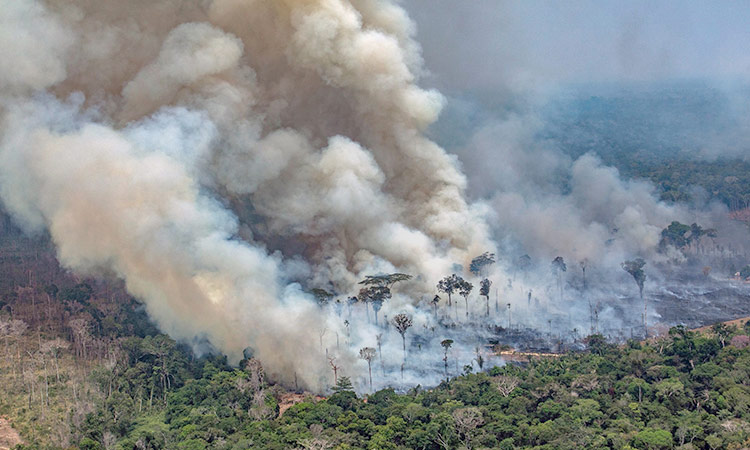