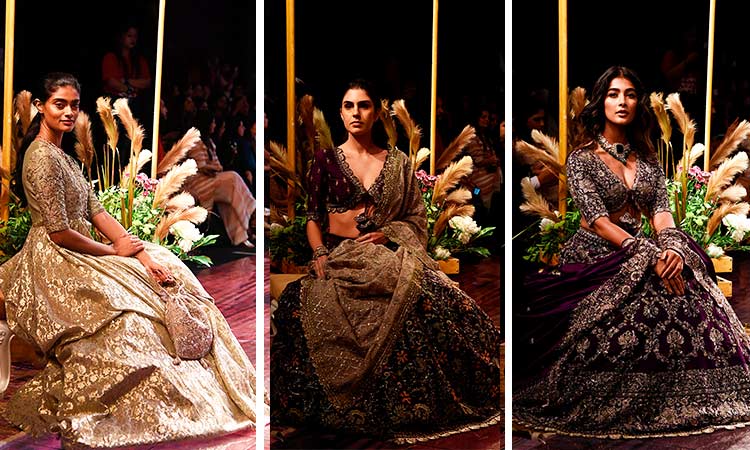 The 2019 edition of the Lakme fashion Week Winter/Festive on Friday saw designers play with traditional weaves and fabrics in modern ways.

The day started with designers Abhishek Sharma, Kshitij Jalori and Sunaina Khera showcasing their collections at the week-long event that completed 20 years.

Sharma's collection had a feel of traditional Mithila paintings and drew inspiration from the "union of male and female forms in ancient Indian philosophy." 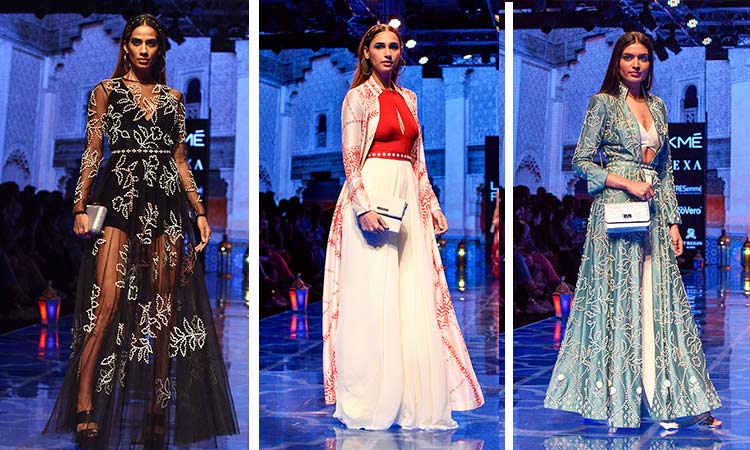 The designer tried to draw a contrast between silhouettes, colours, textures and embroidery. Fabrics like chiffon, satin, organza and handloom silks were used to create crop tops, skirts, dresses, gowns and blazers in colours including off white, ivory, pastel shade of lavender.

Use of glass pipes and cut work added surface texturing to the garments that gave intricate detailing to the collection. 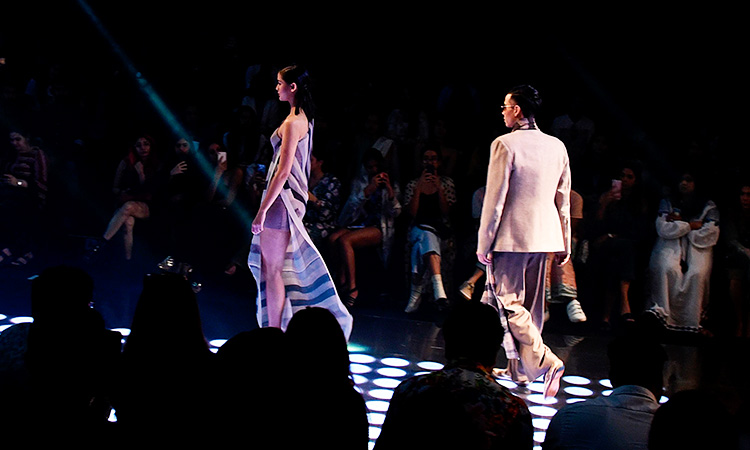 Designer Sunaina Khera's collection 'Dear Mom' was an ode to her mother who Khera says is the "strongest female figure in her life". The line-up was dominated by red and green colours and included shades of pink, burgundy, beige and black, including motifs of lilies, roses and cherry blossoms.

There were intricately embellished sarees worn with straight kurtas, the brand's signature lehengas with hand-embroidered dupatta and dresses made of fabrics like organza, tulles and crepes. 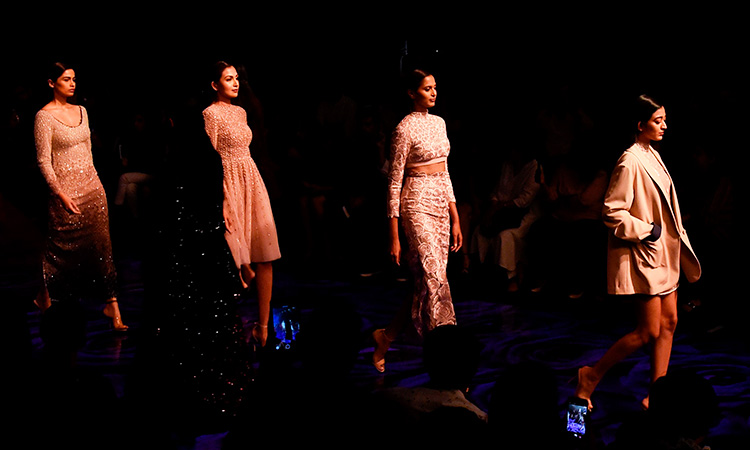 Jalori presented his collection which had contemporary, free-flowing silhouettes. 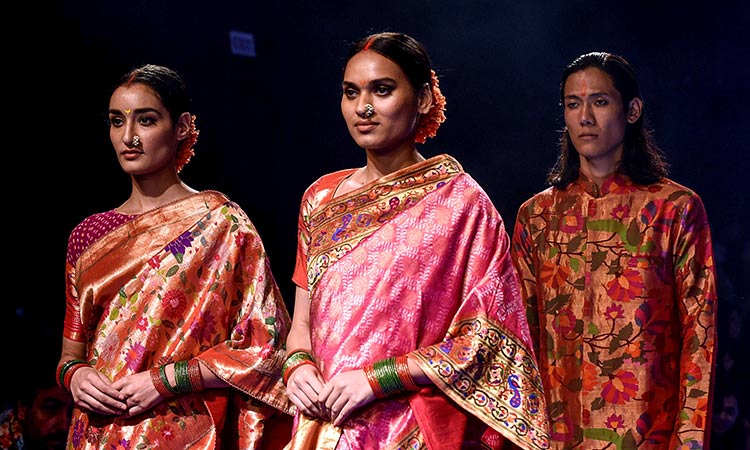 Designer Jayanti Reddy's collection was called "Benares and Beyond" which drew inspiration from the old city of Kashi and Varanasi. Bollywood actress Pooja Hedge turned showstopper for the show.

The collection included anarkalis, dhotis, long kurtas, dupattas, lehengas and cholis in fabrics like raw silks, organza and net with motifs of flowers and mangoes, embellished with traditional meenakari technique. 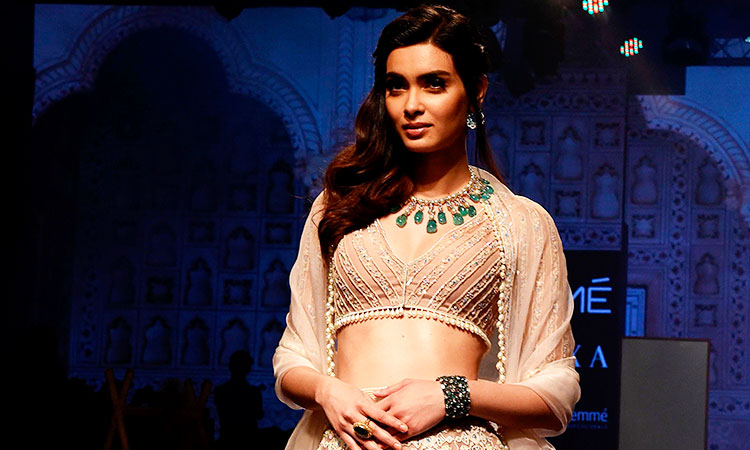 Designer Gaurang launched his latest collection "Peshwai" inspired by the grandeur of the time of Peshwas. The show saw a line-up of ethnic wears that comprised sarees, lehengas, cholis and dupattas, suit sets for women with motifs of birds, trees and flowers.

For men, the collection had kurtas with dhotis, churidaar and dupattas and sherwanis. The collection also saw Persian designs and mosaics and ranged from shades of pink, yellow, orange, red, golden and white. 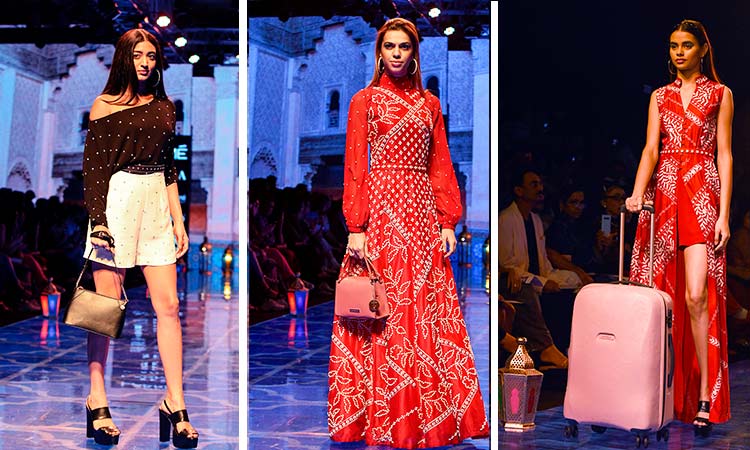 Ridhi Mehra unwrapped her collection "An Ode to Heirlooms" that saw a mix of ikat, bohemian and Kashmiri prints with a contemporary touch. Actress Diana Penty closed the show for the designer. 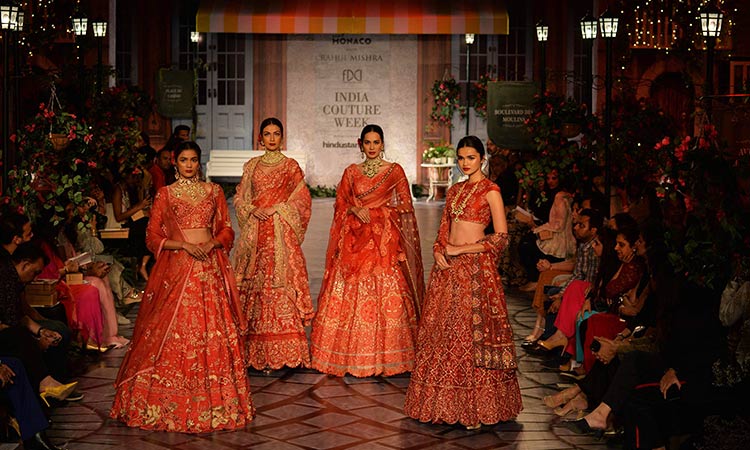 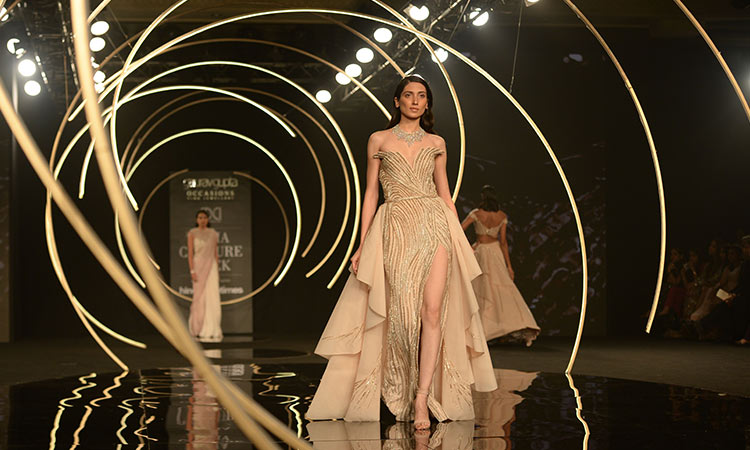 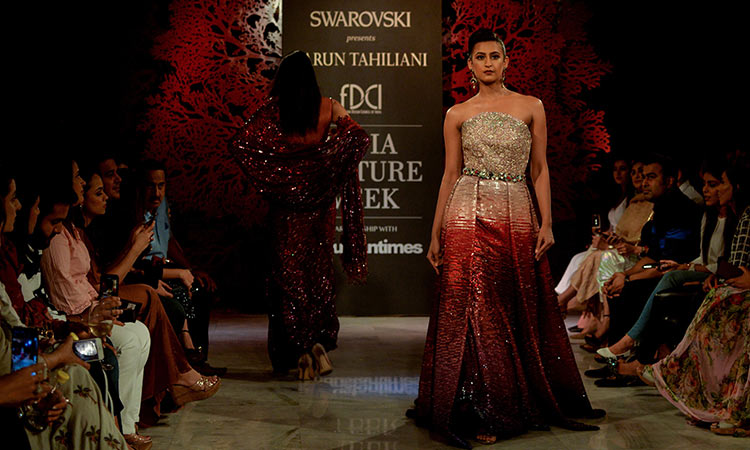 My models are my showstoppers, says Tarun Tahiliani

My models are my showstopper. They are who make my outfits shine on the ramp," said ace designer Tarun Tahiliani as he drew curtains of the FDCI India Couture Week (ICW) 2019. 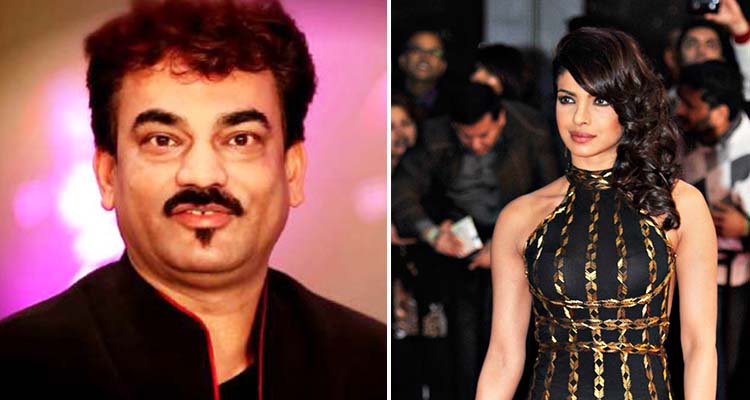